BEYOND LOCAL: A national online mental health portal had 1.2 million users in its first year. Is Wellness Together Canada here to stay?

Almost a quarter of users said they would not have accessed mental health or substance-use care if the website didn’t exist, according to data provided to the Star by Health Canada
May 15, 2021 3:40 PM By: Nadine Yousif 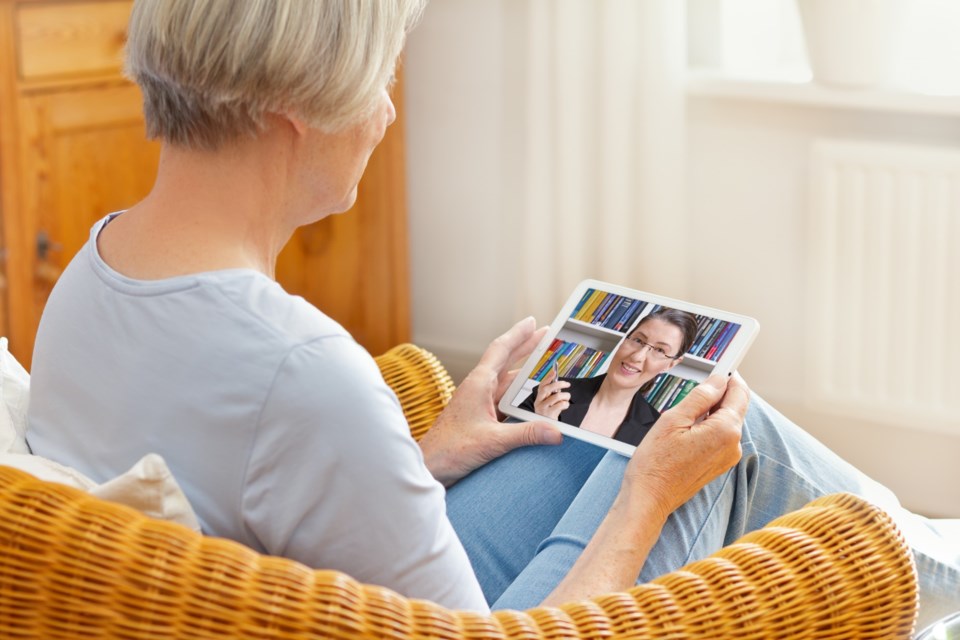 When COVID-19 was declared a global pandemic in mid-March, everything stood still. Borders were closed, sports leagues were shut down, and lockdown measures quickly followed. For many, it was hard to imagine how to make sense of all of it.

But amid the confusion, there was one thing that Health Canada responded to rather quickly: the expected mental health impact COVID-19 would have on Canadians.

A week later, the health agency put out a call for proposals. Less than a month later, the government’s first, nationwide virtual mental health care portal — Wellness Together Canada — was born.

“This came together from idea to execution in (about) four weeks,” said Homewood Health executive director Sean Slater, whose mental health-care centre helped put together the winning proposal for Wellness Together Canada. “I’ve never, ever, ever seen anything like it.”

It’s now been over a year since Wellness Together Canada launched. More than 1.2 million Canadians have accessed it, doing so through more than 3.6 million web sessions. Almost a quarter of those users said they would not have accessed mental health or substance-use care if the website didn’t exist, according to data provided to the Star by Health Canada.

The federal government has since pledged to renew funding for the platform in its 2021 budget, with $62 million allocated within the next year to keep running the site and funding its services. But the uptake the platform has seen raises questions about whether this service is filling a gap in Canada’s mental health care, and whether it should outlive the pandemic.

“The reality is the mental health crisis that’s come from the pandemic will stem much longer, past when we’re all vaccinated and back to normal,” Slater said. “Folks who are new to mental illness or mental health challenges are going to need support moving forward, well beyond the day on the calendar when the pandemic is over.”

Wellness Together Canada was announced in April 2020 by the federal government. It’s run by a group of existing mental health organizations in Canada, including Stepped Care Solutions, Kids Help Phone, Homewood Health and Greenspace Health. In its announcement, the government dubbed it “the first and only mental health platform of its kind for people of all ages, in every province and territory.”

One year after its launch, 61 per cent of users said they accessed the platform because it’s online and free. Through the website, people can access a crisis line that connects them to live counsellors provided by Homewood Health and Kids Help Phone, Slater said. The site also offers self-guided resources and group sessions, among other supports.

For counselling, Slater said the average wait time for users is only 12 seconds. Callers are then connected to a navigator, who puts them in touch with one of 5,000 counsellors who work with the platform, either right away, or at a scheduled time that’s more convenient. Some can access multiple sessions over a short period of time if they need it.

“Where we’ve been surprised is the number of people who call and expect a wait, and are not actually prepared to have a counselling session” right away, Slater said.

Other data provided to the Star shows that following phone sessions, around 91 per cent of people felt better after talking to a counsellor. For text services, that figure was 87 per cent.

Reflecting on the uptake, Slater said he didn’t know what to expect when the service launched, and he wondered whether usage rates would taper off. A year later, he said the number of users continues to grow each month.

“I think as we get into the third wave now and beyond, people are starting to really realize the impact of COVID on them, their families and their situations … and are looking for support,” Slater said.

Slater credits the service’s popularity to it being accessible and free.

But while the platform has filled a gap in early mental health intervention, Slater acknowledged it does not fill the mid- to long-term treatment needs of Canadians, where wait times for services are lengthy.

“The intent (of Wellness Canada) was never to be that long-term psychotherapy or therapy that would close that particular gap in the health-care system,” he said. But Slater added the platform can act as a bridge.

Slater said he hopes some version of Wellness Together Canada will exist beyond the pandemic, believing it can be part of improving Canada’s mental health-care system in the long run.

“If there’s a place for early intervention, a place where more people can go to get help earlier in the process, that can have a positive downstream impact.”