BEYOND LOCAL: Are we born afraid of snakes, spiders, heights and strangers?

Researcher says the big takeaway from her review is that parents, media and other external factors play a big role in shaping children’s fears
0
Feb 19, 2020 8:55 PM By: Global News 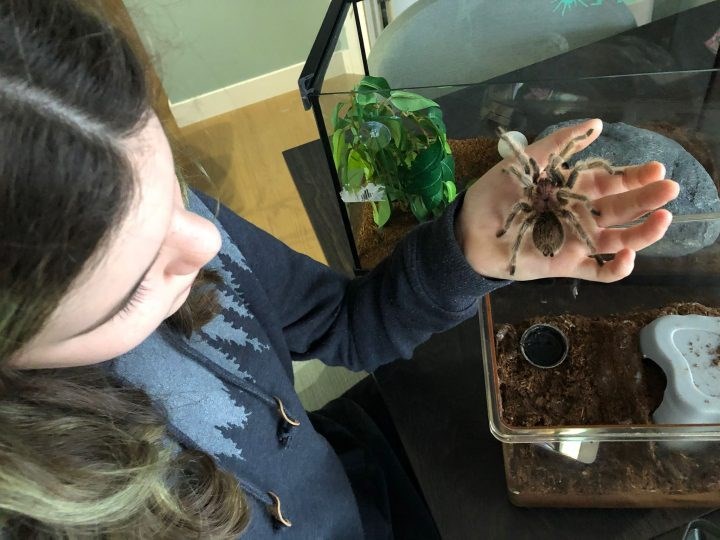 At 13 years old, Annalina DuChene has cuddled up to more reptiles and arachnids than most adults do in a lifetime.

“They’re not going to hurt you as long as you don’t hurt them, really,” Annalina says. “Unless you are poking it and getting your finger in its face, they’re most likely just going to leave you alone.”

As the owner of a pet tarantula and a four-foot-two-inch corn snake, she is perplexed as to why children and adults are so fearful of her hairy and slithery friends.

“I don’t know. I guess because it’s unfamiliar.”

Vanessa LoBue, of Rutgers University; and Karen Adolph, of New York University, argue babies’ fear is largely interpreted in past studies on the subject. The researchers analyzed studies about fear in infancy, specifically involving spiders and snakes, heights and strangers.

They found “although these three types of ‘scary’ stimuli are often grouped together as ‘fear-inducing,'” the infants responded differently towards each one.

LoBue and Adolph pinpoint numerous studies that show more of an interest or fascination over fear.

For example, in one study, nine-month-old babies tried to pick up moving snakes on a screen. In another study, toddlers spent as much time watching a snake and spider in a terrarium as they did a hamster and fish.

“A lot of the research that has been done is based on the assumption that babies should have an early developing fear of these things because it would be adaptive to be afraid of heights and snakes and spiders and strangers, right?” LoBue says.

“There is previous research on it but this research itself was built on prior beliefs about what babies should do.

“Because of what our expectations are, seeing certain behaviours towards these objects, I think, biases our interpretation.”

The researchers also found that there is little evidence to suggest that babies are afraid of heights. While previous studies found babies heart rates accelerated when placed on a visual cliff, LoBue and Adolph point out their facial expressions and vocalizations did not suggest fear.

Adolph took the scenario one step further when she created a real height for babies to navigate. In that experiment, the babies who were walking and crawling found different ways to climb down the platform.

“The expectation was that they should be afraid of heights so it was easy for researchers to assume that the avoidance behaviour on the visual cliff was fear instead of something else.”

Lastly, LoBue and Adolph discovered that babies’ fear of strangers is more complex than past studies suggest, because it is dependent on a baby’s environment.

“A lot of the early studies on fear of strangers were done with the same babies over time, and so they brought babies in at like six months and eight months and 12 months, and any sort of change from happiness that they saw when a stranger walked in the room, was coded as negative affect or evidence of fear.

“And really what you see with strangers is lots of variability based on babies and based on where they are.”

LoBue says the big takeaway from her review is that parents, media and other external factors play a big role in shaping children’s fears.

LIVE: Premier Doug Ford provides latest COVID-19 update around 1 p.m.
Mar 30, 2020 12:30 PM
Comments
We welcome your feedback and encourage you to share your thoughts on this story. We ask that you be respectful of others and their points of view, refrain from personal attacks and stay on topic. To learn about our commenting policies and how we moderate, please read our Community Guidelines.