BEYOND LOCAL: Expert recommends 'path of cautious optimism' about the future of stem cell treatment

Currently, stem cell based treatments are still mostly experimental, and while some results are encouraging, several clinical trials have failed
Oct 9, 2019 9:25 AM By: The Conversation 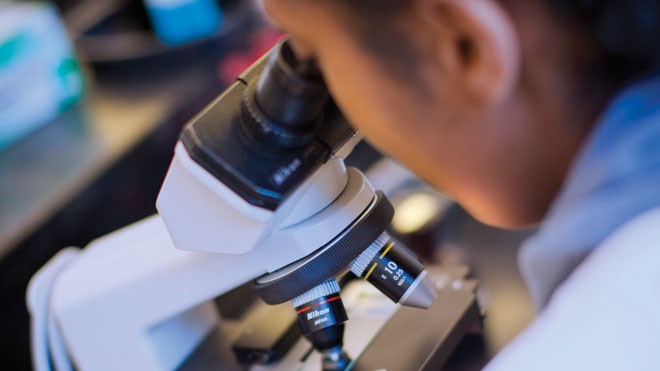 This article, written by Katharine Sedivy-Haley, University of British Columbia, originally appeared on The Conversation and is republished here with permission:

When I was applying to graduate school in 2012, it felt like stem cells were about to revolutionize medicine.

Stem cells have the ability to renew themselves, and mature into specialized cells like heart or brain cells. This allows them to multiply and repair damage.

If stem cell genes are edited to fix defects causing diseases like anemia or immune deficiency, healthy cells can theoretically be reintroduced into a patient, thereby eliminating or preventing a disease. If these stem cells are taken — or made — from the patient themselves, they are a perfect genetic match for that individual, which means their body will not reject the tissue transplant.

Because of this potential, I was excited that my PhD project at the University of British Columbia gave me the opportunity to work with stem cells.

However, stem cell hype has led some to pay thousands of dollars on advertised stem cell treatments that promise to cure ailments from arthritis to Parkinson’s disease. These treatments often don’t help and may harm patients.

Despite the potential for stem cells to improve medicine, there are many challenges as they move from lab to clinic. In general, stem cell treatment requires we have a good understanding of stem cell types and how they mature. We also need stem cell culturing methods that will reliably produce large quantities of pure cells. And we need to figure out the correct cell dose and deliver it to the right part of the body.

A newly discovered stem cell type is the induced pluripotent stem cell. These cells are created by collecting adult cells, such as skin cells, and reprogramming them by inserting control genes which activate or “induce” a state similar to embryonic stem cells. This embryo-like state of having the versatile potential to turn into any adult cell type, is called being “pluripotent.”

Genetic damage could be avoided by using younger tissues such as umbilical cord blood, avoiding tissues that might contain pre-existing mutations (like sun-damaged skin cells), and using better methods for reprogramming.

For now, safety concerns mean pluripotent cells have barely made it to the clinic, but they have been used to test drugs.

For drug research, it is valuable yet often difficult to get research samples with specific disease-causing mutations; for example, brain cells from people with amyotrophic lateral sclerosis (ALS).

Researchers can, however, take a skin cell sample from a patient, create an induced pluripotent stem-cell line with their mutation and then make neurons out of those stem cells. This provides a renewable source of cells affected by the disease.

This approach could also be used for personalized medicine, testing how a particular patient will respond to different drugs for conditions like heart disease.

Stem cells can also be found in adults. While embryonic stem cells can turn into any cell in the body, aside from rare newly discovered exceptions, “adult stem cells” mostly turn into a subset of mature adult cells.

For example, hematopoietic stem cells in blood and bone marrow can turn into any blood cell — and are widely used in treating certain cancers and blood disorders.

A major challenge with adult stem cells is getting the right kind of stem cell in useful quantities. This is particularly difficult with eye and nerve cells. Most research is done with accessible stem cell types, like stem cells from fat.

Fat stem cells are also used in stem cell clinics without proper oversight or safety testing. Three patients experienced severe vision loss after having these cells injected into their eyes. There is little evidence that fat stem cells can turn into retinal cells.

Currently, stem cell based treatments are still mostly experimental, and while some results are encouraging, several clinical trials have failed.

In the brain, despite progress in developing treatment for genetic disorders and spinal cord injury, treatments for stroke have been unsuccessful. Results might depend on method of stem cell delivery, timing of treatment and age and health of the patient. Frustratingly, older and sicker tissues may be more resistant to treatment.

For eye conditions, a treatment using adult stem cells to treat corneal injuries has recently been approved. A treatment for macular degeneration using cells derived from induced pluripotent stem cells is in progress, though it had to be redesigned due to concerns about cancer-causing mutations.

A path of cautious optimism

While scientists have good reason to be interested in stem cells, miracle cures are not right around the corner. There are many questions about how to implement treatments to provide benefit safely.

In some cases, advertised “stem cell” treatments may not actually use stem cells. Recent research suggests mesenchymal stem cells, which are commonly isolated from fat, are really a mixture of cells. These cells have regenerative properties, but may or may not include actual stem cells. Calling something a stem cell treatment is great marketing, but without regulation patients don’t know what they’re getting.

Members of the public (and grad students) are advised to moderate their excitement in favour of cautious optimism.