BEYOND LOCAL: How pets become pests

Some people are keeping ants as pets, but they should be very cautious
Apr 16, 2021 8:55 PM By: The Conversation 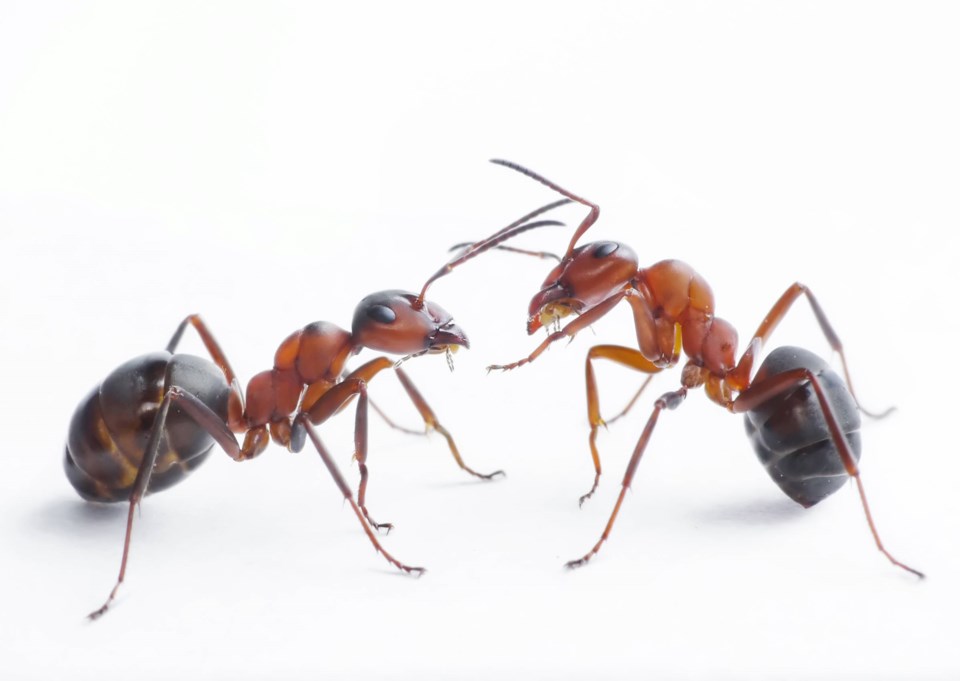 When I was a teenager, I volunteered in the rainforest exhibit at an aquarium. A few times a week, we’d get a phone call from someone looking to donate a pet that they could no longer care for. Mostly turtles and frogs. The occasional parrot. Once, a retired dancer wanted to find a new home for two boa constrictors that had been part of her act.

But the aquarium could not take all the animals it was offered, and I often wondered what happened to all those unwanted pets. Many likely found new homes, but some were probably released into local parks or ponds, unfortunately.

A recent study by researchers at the University of Lausanne warns that the pet trade is contributing to the spread of invasive species around the globe. The study, published in the Proceedings of the National Academy of Sciences (PNAS), found that traded pets are often invasive species, meaning they establish natural populations in new places.

These pets are not just larger animals that are sometimes released in the wild when they outgrow their cages, like the Burmese pythons that have invaded the Florida Everglades, but even a relatively new and apartment-friendly pet: ants.

I collect wild ant queens and workers from a biological station near me and house them in test tubes, which I wrap in tin foil and partially fill with wet cotton. This keeps the test tubes moist and dark, and usually the queen and her workers will move right in.

Because ants are easy to care for and downright fascinating to watch, they are growing rapidly in popularity as pets. According to the PNAS study, at least 65 websites now sell and ship ants all over the world.

As a myrmecologist, I am thrilled that others are finding joy in ants. Ants have complex social lives, play important roles in ecosystems and are capable of truly remarkable things.

Some ants join their bodies together into floating rafts or bridges to cross water or other obstacles. Others are clever enough to figure out and remember the most direct route home.

One of the ant species that I study creates enormous gardens of its host plants in the Amazon rain forest by poisoning all other plants with formic acid. There are well over 15,000 species of ants on Earth, and they live on every continent except Antarctica. Ants have even been to space.

I love ants, so I can’t blame people for wanting ants as pets.

But some ant species are also very serious pests.

The PNAS study found 520 ant species are traded as pets, and of those, 57 species (or 11 per cent) are known to be invasive, compared to just 1.7 per cent of ants overall. Interestingly, the pet trade in ants is new enough that those 57 invasive ant species were probably not introduced to new parts of the world by pet owners.

Because some of the ants I study in my lab are invasive species, my lab members and I take extra care to make sure our ants do not escape. We put the ants’ test tube nests in plastic Tupperware containers that we coat with a special substance called Fluon, a milky white resin that makes the walls of the containers so smooth that ants can’t climb up them. Then we put the containers on shelves that have legs that sit in little bowls of mineral oil. If a wayward ant happens to make a run for it, she’ll get stuck in the oil before she can get to the door.

But people keeping ants or other invasive animals as pets may not be as cautious.

Fortunately, there is an easy fix: do a little homework when looking for a new pet, and consider choosing a species that is native to your area.

Ant enthusiasts can even collect a colony locally. Ants are so diverse and abundant that there is good chance that you can find an interesting and suitable native ant species near you, wherever you are in the world. Just remember you have to find a queen to keep the colony going. Then, sit back and indulge your love of ants.

BEYOND LOCAL: Canadians need better financial literacy and teachers can help
May 14, 2021 8:55 PM