BEYOND LOCAL: The dangers of a 'technocratic' university, and the benefits of slowing down

Creative, social and family life should not be banished from the knowledge economy, prof says
0
Sep 15, 2019 9:25 AM By: The Conversation 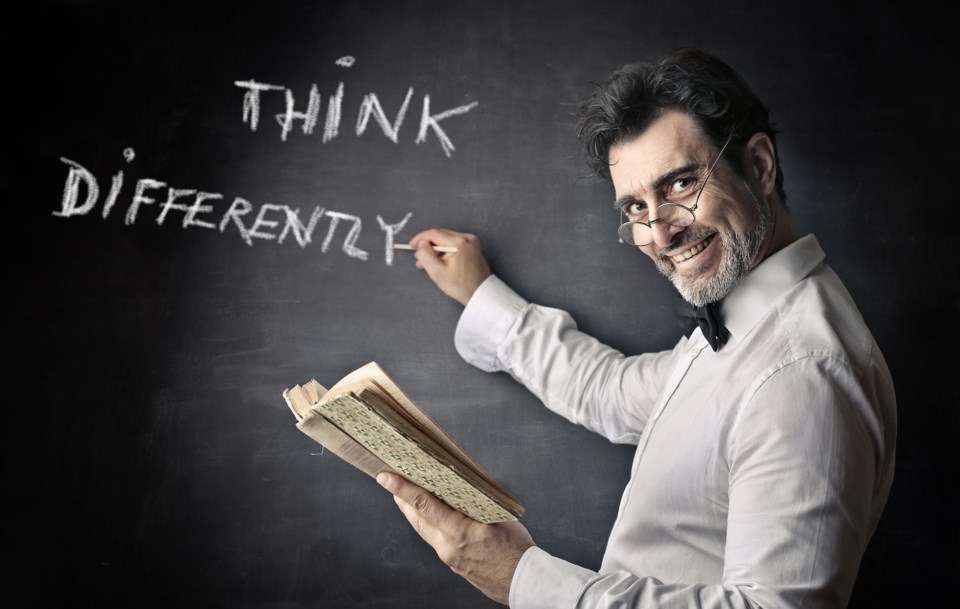 Last summer, a friend gave me a copy of The Slow Professor: Challenging the Culture of Speed in the Academy by Maggie Berg and Barbara K. Seeber, professors of English language and literature respectively at Queen’s University and Brock University. It gave me lots of food for thought. Working at a university, after several years of postdoctoral fellowships, I wondered why, indeed, not slow down?

The book advocates the benefits of a generalized slowdown at universities, with the authors pondering how to reform these institutions from the inside. That would take the form of fighting against the race for performance — and the culture of speed that characterizes it.

How can we reverse the strong trend that commodifies the value of education and brings educational objectives into line with market standards?

The authors question both the individual responsibility of professors to act in accordance with the noble ideals of the institution of the university, and the possible collective mobilizations to safeguard its independence.

The book poses a difficult question: To what extent do professors themselves bend to the ideology of growth without their knowledge?

In praise of slowness

Berg and Seeber thus slowly open up the possibility of practising a certain dissent within the university itself, of having divergent thoughts — and practices — and of making the university a place for sustainable living.

The idea of degrowth in the economics universe is based on the idea that an ecological disaster is inevitable as long as the exploitation of (finite) resources is subjected to growth – and therefore to infinite exploitation.

It seems to me that a professor’s ideas are not renewable at the same rate as the exploitation of minds induced by the university system, particularly when ideas and minds are subject to constant pressure.

Teachers are being asked to produce more and more, ignoring the challenges of life — fatigue, depression, pregnancy and aging, for example. This dichotomy between creativity and intellectual overproduction sometimes creates dissonance and gives the impression that some people display impoverished ideas.

Similar phenomena can be observed in the artistic fields, where artists have transformed themselves into “cultural producers.” I remember one interview with the painter Agnes Martin, who justified throwing away all her attempts until she was 40 years old by saying: “It takes time to create something new.”

The myth of the civil servant

Being in tune with one’s interior mind without being constantly threatened by the outside world is a requirement that is just as valid for a chemist as it is for a painter. You can’t produce something new without giving time for ideas to regenerate.

But before even tackling speed itself head on, it’s necessary to criticize the discourse on time that contaminates the discussion. It is enough to have set foot in a university to know that everyone claims not to have any time. It’s a universal scourge, but it reaches a delirious level for university professors, with several months’ delay in replying to emails, in evaluating theses and dissertations, etc.

Lack of knowledge of the variety of teachers’ tasks can sometimes lead to prejudice against them. It is said they work little, are passively idle, earn a generous salary and travel at public expense.

These prejudices are not necessarily false, on the condition that they are in line with private enterprise. But that’s perhaps not desirable when you think about it for a second: because why would you want all workers to be poorly paid and not entitled to any intellectual enrichment?

These prejudices broadly affect the entire public sector. The governments of the Coalition avenir Québec (CAQ) in Québec and the Ontario Progressive Conservative Party don’t help the situation: Ontario, for example, has stated it wants to accelerate the adaptation of universities to labour market needs.

On this point, it seems that everyone must be impacted. It’s obvious that everyone’s concentration time is strongly affected by increasingly frequent external demands.

Without pleading for the abolition of Facebook or texting, Berg and Seeber nevertheless believe we must learn to cut ourselves off from the world again, even if only for a few hours, in order to be able to read and write correctly. Transforming knowledge and letting oneself be transformed by the knowledge of others requires slowness, almost an asceticism.

The principle of the slow professor also implies a way of prioritizing intellectual and material life differently, of finding a way to put everyday everyday invasions in their place.

This guilt of never working hard enough is invading all spheres of immaterial labour. I wrote an article in the journal Nouveau Projet on this issue, and more particularly on the “academic humour” that derides this obsession with work and the resulting alienation.

Needless to say, the time management style now demanded by universities is contrary to that of parenting, particularly motherhood, or any other form of investment in the care of relatives (this is certainly a way to go if we want to understand systemic gender inequalities in universities).

Knowing how to put family, social and creative life back at the very heart of the knowledge economy is perhaps the only way to save a university from the discomfort that it has imposed on itself in a desire to imitate private enterprise.

To what extent are the teachers themselves accomplices in this imprisonment, as if they are afraid of being accused of being lazy, under the pressure of implied adversarial criticisms they have integrated? This is a classic case of hegemony, where adherence to dominant values becomes so powerful that it is indistinguishable, like the (stale) air we breathe.

The intellectual availability I am talking about is particularly important at a time when the university is the place to re-elaborate the very notion of culture in relation to power struggles — related to cultural diversity, gender concepts, male domination — and to know how to hear what students have to say about these fundamental shifts.

To put it simply, universities cannot afford to be a sanitized technocratic universe at this time. It would simply be politically irresponsible.

It is time to do less and better, to transmit to students something like power, even a critical joy. Reinstall camaraderie, mutual aid, real encounters, free exchanges, break isolation. It is true that this also implies accepting a form of vulnerability of one’s word, to not armour oneself against the opinions of others, not to be afraid of being caught in the wrong.

This is true for universities, but also for all areas of knowledge, creativity and community work. To be slow teachers, slow journalists, slow nurses, is not to be stopped - it is simply to find the luxury of playing with one’s ideas and energy so that values such as creativity, invention and solicitude, are never subjected to speculative one-upmanship.

(This text was previously published, in a long version, in issue 323 of Liberté magazine, under the title “Détaler comme un lapin” (Running like a rabbit).“)

LIVE: Ontario reveals new COVID-19 testing strategy
May 29, 2020 10:30 AM
Comments
We welcome your feedback and encourage you to share your thoughts. We ask that you be respectful of others and their points of view, refrain from personal attacks and stay on topic. To learn about our commenting policies and how we moderate, please read our Community Guidelines.