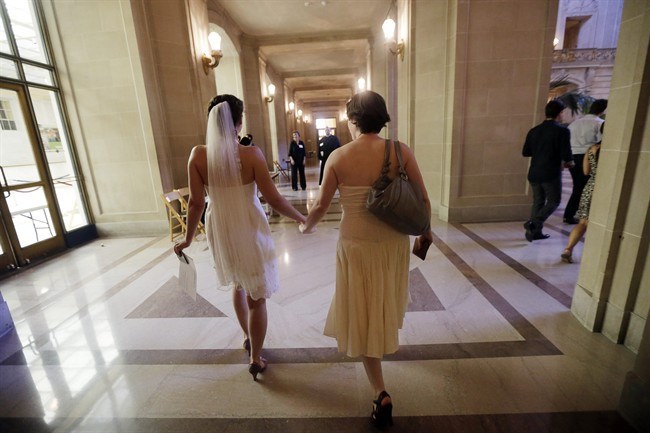 One in 10 respondents to the Research Co. poll opposed any legal recognition of same-sex couples, while 15 per cent said they should be allowed to have civil unions but not marry.

Two-thirds of respondents said they fully support the right to same-sex marriage, while 11 per cent were undecided.

The programs have faced intense opposition from some Christian and conservative groups.

The poll found that just over six in 10 Canadians support the use of “SOGI-inclusive education” in their province, while one in five were opposed and slightly fewer respondents were unsure.

On the question of whether schools should be forced to tell parents if their children join a gay-straight alliance, the poll found a marked split, with 45 per cent saying they “definitely” or “probably” should, compared to 37 per cent, who said they shouldn’t.

COVID-19: Virtual babysitting helps parents juggle double responsibilities during pandemic
Aug 12, 2020 6:50 PM
Comments
We welcome your feedback and encourage you to share your thoughts. We ask that you be respectful of others and their points of view, refrain from personal attacks and stay on topic. To learn about our commenting policies and how we moderate, please read our Community Guidelines.