Trudeau says how Canadians act will greatly impact how long the measures are in place
Apr 1, 2020 4:17 PM By: Global News 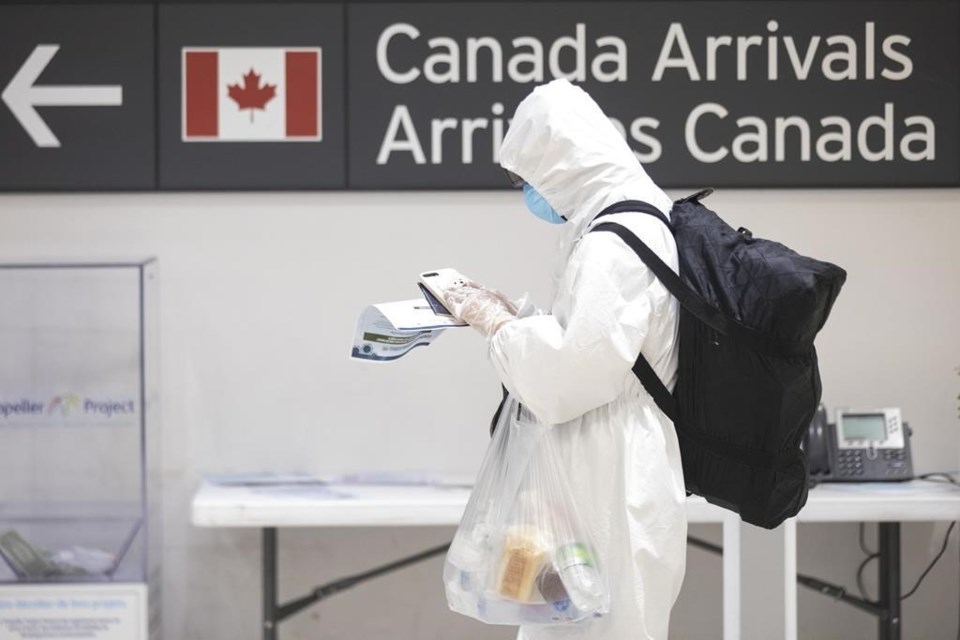 Canadians hunkered down in their homes should expect the strict public health measures to limit the spread of the novel coronavirus to last until the summer, according to federal and provincial health officials.

Prime Minister Justin Trudeau has refused to give a specific timeline on when the lockdowns and quarantines might be lifted but said Wednesday the measures could last for “weeks or even months.”

“We know [these measures] are going to be in place a number of more weeks, perhaps even months. But everything depends on how Canadians behave,” Trudeau told reporters Wednesday. “The choices you make to stay at home, to self-isolate, not to go to six different grocery stores… these sorts of things are what will arrest the spread and the increase of this virus.”

“As I have often said, we look at all kinds of different scenarios,” Trudeau said. “It might last longer, it might last less time.”

Sources within the federal government and the City of Ottawa tell Global News the current pandemic-related restrictions are expected to be in place until at least June in a “best-case scenario.”

A report from the National Post citing a document from Immigration, Refugees and Citizenship Canada (IRCC) on March 30 projects that “current measures” will continue until at least July.

“Current GoC [Government Operations Centre] modelling suggests as a best-case scenario that current measures continue until at least July,” the document said. Global News reached out to the IRCC for comment but did not receive a response.

However, the IRCC document did not specify whether all or some measures — like social distancing, mandatory self-isolation for recent travellers and the closure of the Canadian border to most foreigners — would remain in place.

The closure of the Canadian border to non-essential travel, for example, will last until at least June 30, according to the federal government.

There were over 9,000 confirmed and presumptive cases of the new coronavirus in Canada, with 108 deaths, as of 11 a.m. ET Wednesday.

Provinces across the country have declared states of emergency, banning public gatherings and closing non-essential businesses and schools.

The measures, while necessary to halt the spread of the deadly virus, have crippled Canada’s economy.

A projection from the parliamentary budget watchdog suggests the unemployment rate could skyrocket to 15 per cent by the end of the year, and federal agencies are preparing for an influx of four million people filing for a new emergency fund that ​will pay $2,000 a month to workers who have lost income because of the COVID-19 pandemic.

Provincial and local health officials have also warned that the country might be in this for the long haul.

Toronto’s medical officer of health, Dr. Eileen de Villa, said the measures imposed by the city, including limiting outings for groceries and supplies to just once a week, could be in place for up to 12 weeks.

“How long these measures need to be in place, how successful we are in terms of controlling virus spread is entirely in our hands,” de Villa said at a news conference on Wednesday morning.

“It’s more and more [unlikely] that we’re going to be able to get back to full normal life — which I miss a lot — before at least the summer,” Henry told reporters. “And then we need to start preparing ourselves for the potential of a second wave in the fall.”

Dawn Bowdish, Canada Research Chair in aging and immunity at McMaster University, said that based on the models of other countries, like South Korea or Taiwan, Canadians should be prepared for at least three more months of staying at home and limiting public gatherings.

“I am cautiously optimistic that we may be able to start some back to work or some very limited lifts on social distancing [until July],”
Bowdish told Global News. “But honestly, it all depends on how proactive we are today.”

She said the virus will continue to be a public health risk until a vaccine is developed or there is broad herd immunity. Experts have estimated a vaccine is still 18 months away.

“If everyone could stay at home today, that will shorten that prediction,” Bowdish said. “But I think July is about right.”

BEYOND LOCAL: Blaming women for breast cancer ignores environmental risk factors, expert says
Jul 6, 2020 9:25 AM
Comments
We welcome your feedback and encourage you to share your thoughts. We ask that you be respectful of others and their points of view, refrain from personal attacks and stay on topic. To learn about our commenting policies and how we moderate, please read our Community Guidelines.