CANADA: 'Ill-equipped' Payless to close 248 stores across the country 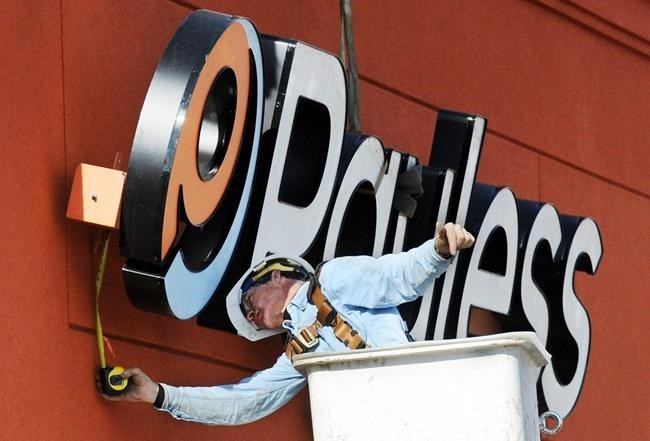 TORONTO — Payless ShoeSource Canada Inc. says it will soon file for creditor protection in Canada and close all 2,500 of its North American stores this spring.

The Kansas-based company's chief restructuring officer Stephen Marotta says in a release that the closures are happening because a prior reorganization left the company "ill-equipped" for today's retail environment with too much remaining debt and too large a store footprint.

Documents filed with the Ontario Superior Court show the company had an oversupply of inventory as recently as this winter and was forced to sell merchandise at steep markdowns.

The company, which has also filed for bankruptcy in the U.S., says it will begin closing stores at the end of March, though some will be open until the end of May while it conducts liquidation sales.

Documents show the brand employs about 2,400 workers in Canada and owns 248 stores in the country.

The documents say the company has failed to pay February's rent for 220 of its stores in Canada and reported an operating loss of more than US$12 million last year.