Many women's shelters in Canada are decades old, crumbling from lack of repairs and struggling to finance the life-saving services they provide
0
Nov 25, 2019 8:55 PM By: Global News 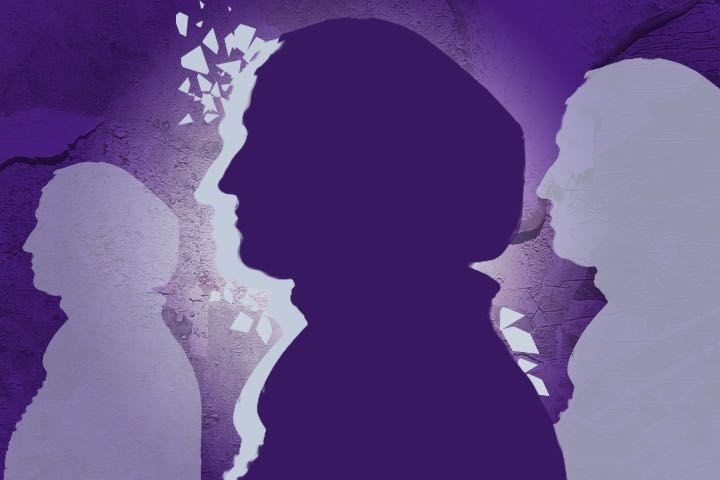 Farah remembers standing in the kitchen of her Winnipeg home in 1997, cooking a meal meant to feed dozens of family and friends soon to arrive. Her three-year-old daughter was in her room. Farah was pregnant with her second child.

Her husband had asked her to spend $20 buying herbs and spices to garnish the food.

She was cooking when he realized she had spent $22. She remembers him marching into the kitchen and slapping her across her face.

Farah, whose last name Global News is not using in order to protect her identity, stayed with her husband for 16 more years — despite constant financial, sexual and emotional abuse.

Six months ago, Farah became one of thousands of Canadian women who turn to women’s shelters and transition homes each year to escape.

“Humans need a shelter right away. You need a place to sleep. When you have that, you have peace of mind,” she says.

In 1989, the École Polytechnique massacre propelled the issue of violence against women to the fore of the Canadian conscious, putting women’s rights and feminism under the microscope. Yet, 30 years later, to be a woman in Canada still means living with risk — to live knowing that, on average, a woman is killed every other day, that once a week a woman is murdered by her partner and that one in three women will experience some form of sexual violence over the course of their lives.

Women’s shelters and transition homes are often the starting point for those fleeing violence. And yet, many are decades old, crumbling from lack of repairs and struggling to finance the life-saving services they provide.

“The women in shelters are often the most marginalized. They can’t just pick up and find another apartment,” says Lise Martin, executive director of Women’s Shelters Canada.

“They’re facing extremely challenging positions, often living in poverty or on the edge of poverty. That’s why shelters are so essential.”

On a Thursday afternoon in November, tiny snow boots stand in crooked lines along the doorway of Nisa Homes’ Mississauga, Ont., location. Sounds of children playing fill the inside of the house.

At first glance, it’s a home like any other: a family room with brown leather couches and a TV mounted on the wall playing cartoons. Framed paintings of plants and Arabic calligraphy dress the walls. Building blocks, colouring books and toy cars are scattered across the wooden floor.

In a room facing the front of the house, there are four single beds. The one closest to the window is where Farah slept for two and a half months over the summer.

“This is where I used to sleep,” she says, wiping away tears.

By last count, there were 428 short-term shelters — transition homes, emergency shelters and private homes — for victims of abuse across Canada. That’s only about 6,500 beds. Sixty per cent of the 68,000 people who sought shelter over the course of one year were women, according to 2017-18 figures from Statistics Canada, while nearly 40 per cent were children.

While emergency shelters provide 24-hour services and shorter-term stays, transitional homes, such as Nisa Homes, often offer longer stays and come with assistance from caseworkers who help women build new lives by learning how to manage their finances and how to find housing and child care.

But shelters of all stripes are struggling to survive, Martin says. The crux of the problem? Underfunding.

Every day, shelters have to turn away 379 women and 215 children because of space constraints, according to a 2019 report from Women’s Shelters Canada. Some even end up paying for those they turn away to stay at a motel or hotel so they don’t have to return to violence. Eighty per cent of women’s shelters need repairs or renovations, per that same report. And more than half of women’s shelters in Canada aren’t able to meet their operating expenses each year — some even with additional fundraising.

On top of that, certain regions face additional challenges just to provide life-saving service. In the North, women living in remote communities often can’t reach a shelter at all. Yukon — a territory that spans nearly 500,000 square kilometres — has four women’s shelters.

Funding is another factor that’s contingent on location. Some provinces, such as Saskatchewan and Newfoundland and Labrador, don’t provide any funding to second-stage shelters, which offer even longer stays for women. That’s a big part of why advocates have been pushing for Canada to create a national action plan on violence against women, one that would require governments to provide adequate funding to these life-saving organizations.

More adequate funding would go a long way toward bridging the gaps in services across the country. As it stands, shelters in some parts of Canada abide by different rules than others. For instance, Ontario women can stay as long as they want in a shelter, while B.C. women can’t legally stay past 30 days.

“I know for a fact that shelters in the Vancouver area, they don’t kick a woman out after the 30 days because the housing situation is impossible there.”

Creation of a national action plan was part of the Liberals’ most recent election platform. They even earmarked $30 million for its development. But that promise came without many details or a timeline. An email statement to Global News from the minister of women and gender equality’s office also did not offer details.

Martin is hoping that will change, and soon.

Until Canada has an effective plan, Martin says many shelters and transition homes will continue to rely on fundraising to make ends meet — an often unreliable means of financing that requires overworked front-line shelter staff to pull double duty.

Unlike many other Canadian shelters, Nisa Homes doesn’t receive any government money, although it’s trying to change that.

“It’s a work in progress,” Youssef says, although the shelter is hoping to secure provincial funding in the next couple years.

“Unfortunately, it’s a small pool, and there’s a lot of competing organizations that are trying to get some of that funding.”

Until it secures government funding, Nisa Homes will continue to fundraise the up to $1 million it needs each year to cover operating costs at its five locations. While the home does its best to help as many women as possible, women are still constantly on a waiting list.

Since 2015, Nisa Homes has provided space to 549 women and children. That’s not quite a quarter of the more than 2,400 who’ve asked for one.

Youssef is thankful, though, that the community is a strong supporter of Nisa Homes. So many people understand that without it, Muslim women fleeing violence would have nowhere else to turn, she says.

“We had a client recently tell us she was staying at another shelter and the other clients in the room she was in refused to stay with her because she was Muslim,” Youssef says. “We’ve had other clients that had garbage thrown at them.”

Other women have shared stories of further Islamophobic violence with her, Youssef says, including instances in which their hijabs were pulled off.

In 2013, after about 21 years of marriage and abuse, Farah was able to leave her husband. She agreed to his two demands: she wouldn’t receive a single penny in the divorce and she would immediately move back to Pakistan, where Farah and her husband immigrated from in 1992.

But when Farah came to Canada briefly in 2017 to visit her two daughters — now in their 20s — they began criticizing her for leaving.

“My kids started blaming me, telling me: ‘You’re not a good mother, you left us.’”

Strong-armed by her daughters, Farah came back to Canada in April 2019, about five years after she’d left. But despite their insistence that she come back, they didn’t want to live with their mother, nor did they offer her support in a country where she was once again starting from scratch. Farah was left without a job, money or family support.

WATCH: What is violence against women?

And then, she heard through a friend of a friend about Nisa Homes.

Those two and a half months, when she slept in the single bed by the window, are when Farah says she learned to take charge of her own life.

That’s because Nisa Homes is a transition house, Youssef says, a place meant to shelter women safely while giving them the tools not only to leave violence but to learn to sustain themselves.

“I was in Canada for so long and I didn’t know so many basic things. I was kept away from all that,” Farah says. “They helped me a lot, from getting bus passes to applying for a job, finding housing to mental health.”

At Nisa Homes, there is halal food for the women, special programming during the fasting month of Ramadan and Eid parties complete with donated gifts for the children. Farah didn’t have to worry about Islamophobia.

“We give women that time to find safety but also to start looking into more permanent solutions,” Youssef says.

That means once a woman feels at home, she says, the priority is to prepare her to leave — to find her own permanent home.

There are two caseworkers at each Nisa Homes location who meet individually with residents like Farah, helping them with their unique legal issues and helping them find housing and access physical and mental health care. On Tuesdays, there is a revolving door of seminars on topics to help people start fresh, such as how to apply for immigration, file taxes and continue their education.

For Farah, that meant culinary classes.

She works now as a chef at a Pakistani restaurant. She’s best known for her haleem, a thick soup made with lentils and meat. She cooks on her own terms and for her own money. It’s all she wanted.

“I’m happy with what I have,” she says. “I wanted just a comfortable life, that’s it.”

To read the full Broken series, go here. For a list of resources if you need help, go here.

Our reporting doesn’t end here. Do you have a story of violence against women, trans or non-binary persons — sexual harassment, emotional, physical or sexual abuse or murder — that you want us to look at?

CANADA: Lottery winner forced to wait two months to claim 6/49 prize
Jan 21, 2020 12:55 PM
Comments
We welcome your feedback and encourage you to share your thoughts on this story. We ask that you be respectful of others and their points of view, refrain from personal attacks and stay on topic. To learn about our commenting policies and how we moderate, please read our Community Guidelines.