CANADA: Study suggests obesity might be behind rising cancer rates among younger adults

More research needs to be done to prove what's behind the rising obesity rates
Nov 20, 2019 8:55 PM By: Global News 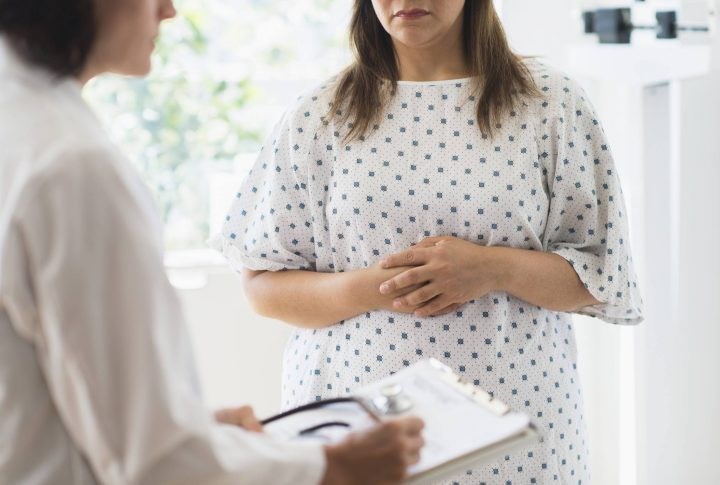 A new study has some good news and some bad news about cancer rates in Canada.

On the one hand, it seems like anti-smoking campaigns and some screening programs are having a positive effect, with rates of lung and cervical cancer falling over time.

On the other hand, the rates of some other cancers seem to be rising in younger adults — something the authors think could be linked to higher rates of obesity.

“What’s rather alarming here is that we have really large increases of certain cancers that are occurring in the under-50 age group, which generally we haven’t seen in the past,” said study co-author Christine Friedenreich, scientific director for the department of cancer epidemiology and prevention research with Alberta Health Services, and an adjunct professor at the University of Calgary.

“We’re thinking that this could be associated with an increase in excess weight that has also been occurring over time in our populations.”

The study, published Monday in the Canadian Medical Association Journal, followed cancer rates by age, as well as by birth cohort, between 1971 and 2015. It found that the rates of breast, colorectal, pancreatic, endometrial and kidney cancers among people under 50 years old were increasing.

Body weight and obesity are risk factors for these cancers, Friedenreich said, and while more research needs to be done to prove what’s behind the increase, rising obesity rates are a prime suspect.

“It’s actually very gratifying to see some of the risks go down,” said Dr. Amit Oza, head of the division of medical oncology and hematology at Princess Margaret Cancer Centre in Toronto.

Friedenreich thinks that cervical cancer is a particular success story, where screening programs have made a huge impact, reducing rates by 8.8 per cent in older women — a decrease she calls “enormous.”

“And now with the HPV vaccine, that’s something that will bring those rates down even further.”

“I think that at a population level, I think that there’s good news from this study,” he said.

“But we need to wake up to the fact that obesity at a population level is a very, very major health hazard.”

A recent study by the Canadian Cancer Society estimated that by 2042, excess weight would become the second leading cause of cancer in Canada, behind tobacco use.

Programs and supports are needed to help prevent and reduce obesity, Oza said, for the sake of public health.

“Rate reduction strategies would be a very, very important long-term preventive measure to reduce the rate of cancer,” he said, “let alone all of the other health benefits that come from weight management.”

Doing nothing will cause problems down the road, Oza said, because one of the biggest risk factors for cancer is age.

“So as our population ages and if it’s also more obese, then that really starts swelling the number of patients with cancer.”

CANADA: Indigenous police behave differently than urban counterparts, lawyer says
Jul 13, 2020 3:01 PM
Comments
We welcome your feedback and encourage you to share your thoughts. We ask that you be respectful of others and their points of view, refrain from personal attacks and stay on topic. To learn about our commenting policies and how we moderate, please read our Community Guidelines.