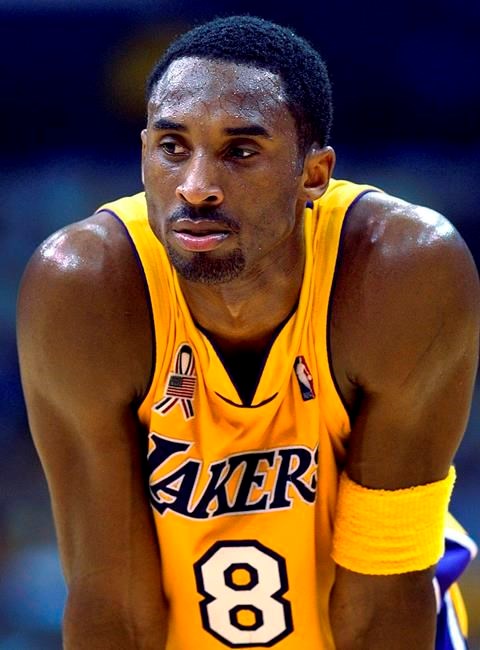 In his 40 years in basketball, nothing Chuck Swirksy has seen compared to Kobe Bryant's performance against the Toronto Raptors.

The broadcaster reminisced about Bryant's 81-point game against the Raptors on Sunday, shortly after the news broke that the Los Angeles Lakers great had died in a helicopter crash at the age of 41. Bryant's scoring against visiting Toronto on Jan. 22, 2006 stands as the second most in NBA history, second only to Wilt Chamberlain's 100 on March 2, 1962.

"It was really the most remarkable event I've ever called, to see one man take on five players," said Swirsky, who was the play-by-play announcer for the Raptors at the time. "That's exactly what it was on that Sunday night at Staples Centre in Los Angeles. Kobe Bryant was a one-man wrecking crew.

Bryant died in a helicopter crash near Calabasas, California, a person familiar with the situation told The Associated Press. It was unclear if family members were on the helicopter. The crash happened around 10 a.m. near about 30 miles northwest of downtown Los Angeles.

Federal Aviation Administration spokesman Allen Kenitzer said it was a Sikorsky S-76 and it was not known what caused the crash. The LA County Sheriff's Department confirmed five dead in the crash, but had not released identities.

Bryant was an 18-time NBA all-star who won five championships and became one of the greatest basketball players of his generation during a 20-year career with the Lakers.

He retired in 2016 as the third-leading scorer in NBA history, finishing two decades in Los Angeles as a prolific scorer with a sublime all-around game and a relentless competitive ethic. He held that spot in the league scoring ranks until Saturday night, when the Lakers’ LeBron James passed him for third place during a game in Philadelphia, Bryant’s hometown.

For Swirsky, Bryant's legendary performance against the Raptors was a seminal moment in an all-time career.

"He was not a big man. He was not Wilt Chamberlain, who was seven-feet tall, who scored 100 which is crazy to begin with, and total respect to Wilt Chamberlain, but we're talking about a man that was 6-6, 6-7, maybe," said Swirsky, who is now an announcer for the Chicago Bulls. "It was just a remarkable achievement."

Bryant had one of the greatest careers in recent NBA history and became one of the game’s most popular players as the face of the 16-time NBA champion Lakers franchise. He was the league MVP in 2008 and a two-time NBA scoring champion, and he earned 12 selections to the NBA’s All-Defensive teams.

The worlds of sports and entertainment mourned Bryant's death on Sunday. A moment of silence was observed at a pre-broadcast portion of the Grammy Awards in Los Angeles.

Canadian rapper Drake posted a photo of a custom-made leather jacket honouring Bryant that he wore to the 2016 NBA all-star game in Toronto. That all-star game was the last of Bryant's career before he retired at the end of the season. The caption on Drake's Instagram post read "It can't be."

Canadian singer Justin Bieber also eulogized Bryant on Instagram, posting a photo of an adolescent Bieber with Bryant standing beside him.

"It can't be. You always encouraged me mamba. Gave me some of the best quotes that we smile about to this day! Love you man!" said Bieber's caption.

A moment of silence was held before the Toronto Raptors played the San Antonio Spurs in Texas on Sunday afternoon. Former Raptors forward DeMar DeRozan, who's been vocal throughout his career about his close friendship with and respect for Bryant, met with former teammates Kyle Lowry, Norman Powell, Fred VanVleet and OG Anunoby before tipoff. They spoke and shared a warm embrace.

The Raptors gained possession on the opening tipoff but didn't shoot for the opening 24 seconds, honouring Bryant's No. 24. After the ball was turned over on a shot-clock violation, the Spurs also held the ball for 24 seconds in tribute to Bryant. Raptors guard Lowry and Spurs head coach Gregg Popovich shook hands before play began in earnest.

"You can tell there's an emptiness now here in this building, it's surreal," Raptors broadcaster Matt Devlin said on the pre-game broadcast.

"It's obviously very difficult (to play)," said Canadian TV commentator Leo Rautins. "If anything you embody yourself in a Kobe Bryant spirit, and that's a guy who would compete through anything. His compete level was off the charts. How do you compete, that's a great question. A lot of players are devastated, he's had a tremendous impact on a lot of the young generation of the NBA, you talk about his peers, he's got so much respect from everybody."

— With files from The Associated Press.

This report by The Canadian Press was first published Jan. 26, 2020.

BEYOND LOCAL: Couples take the leap into marriage with leap day weddings this weekend
Feb 27, 2020 8:55 PM

ONTARIO: Canada Day celebrations moving off Parliament Hill for first time in 40 years
Feb 27, 2020 11:40 AM
Comments
We welcome your feedback and encourage you to share your thoughts on this story. We ask that you be respectful of others and their points of view, refrain from personal attacks and stay on topic. To learn about our commenting policies and how we moderate, please read our Community Guidelines.