More than half of the 1.8 million Canadians who work in the industry have lost their jobs, according to the Tourism Industry Association of Canada
Jun 10, 2020 3:40 PM By: Canadian Press 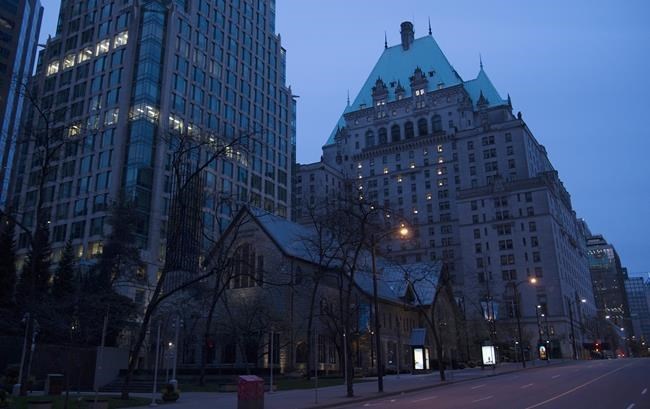 As the summer travel season dawns, hoteliers and the broader tourism industry worry they will be hit longest and hardest by the COVID-19 crisis as confinement measures begin to lift, but travellers remain largely unwilling or unable to cross borders.

Canada's $102-billion tourism sector, already hammered by a near total dropoff in commercial and leisure travel, hopes to salvage some business through regional trips and late-summer events.

To ride out the crunch, hotel operators are calling for a delay on debt and property tax payments while tourism groups are demanding more clarity from government on inter-provincial travel guidelines.

Downtown Toronto's SoHo hotel, which laid off 85 per cent of its staff after closing on March 20, plans to reopen in July or August, despite reports Wednesday of an extended border shutdown with the United States until late July.

General manager David Kelley said visits to the city may creep up as restaurants and tourist attractions unlock their doors, but that "local leisure" can only generate so much business.

"The Rogers Centre, CN Tower, Ripley's Aquarium...with all of these things not allowed to be open, it really risks what’s going to happen this summer in terms of the leisure market," he said.

"The big issue is, will people want to come? The one thing we can’t control is what’s in someone's head. What’s the confidence level?"

The Tourism Industry Association of Ontario said one-quarter of its members have closed temporarily and one in three has laid off more than 75 per cent of their employees.

More than half of the 1.8 million Canadians who work in the industry have lost their jobs, according to the Tourism Industry Association of Canada.

In Kingston, Ont., the sector has been "devastated" by the absence of sports events, music festivals and business conferences, while fixed costs such as utilities bills and property taxes remain, albeit with payment deferrals from municipal governments, said Krista LeClair, who heads industry group Kingston Accommodation Partners.

"It's completely gone dark," she said, with rooms selling for as low as $20 per night.

The ripple effects are severe as well.

"For inns or AirBnBs, when the larger hotels sell out those other properties benefit from trickle-down business," LeClair said. Small businesses affected range from caterers to DJs to laundry services.

The occupancy rate of the Kingston-area accommodations sector dropped by two-thirds to 21 per cent between mid-March and mid-May, she said. About 95 per cent of staff have been laid off.

Kingston Accommodation Partners is asking the province for greater financial relief in the form of grants and loan forgiveness as well as a government directive for insurance companies to honour business interruption claims.

"It's up to the government to either tell the insurance companies to honour the claims for business interruption insurance now, before hotels declare bankruptcy, or to implement a moratorium on mortgage payments for hotels and a moratorium on realty taxes until hotel occupancy is at 50 per cent," said Cassie Prosper, who represents a group of Ontario hotel owners.

This report by The Canadian Press was first published June 10, 2020.