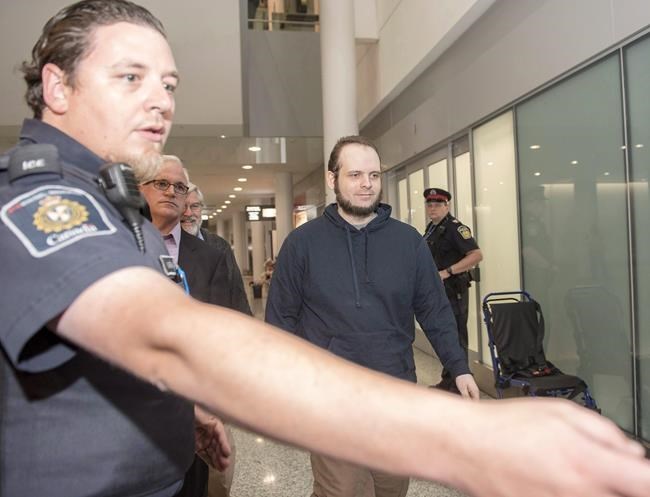 Boyle and his American wife, Caitlan Coleman, were taken hostage in 2012 by a Taliban-linked group while on a backpacking trip.

The couple were freed by Pakistani forces in October 2017, along with the three children they had in captivity.

Boyle was arrested by Ottawa police in December that year and charged with offences including assault, sexual assault, unlawful confinement and causing someone to take a noxious substance.

The charges against Boyle relate to two alleged victims, but a court order prohibits the publication of any details that might identify them or any witnesses.

He was released from jail last June with strict bail conditions that included an electronic bracelet to track his movements.

WATCH: Trudeau hears airline ticket concerns 'clearly', looking for 'a fair way through this'
May 29, 2020 11:58 AM
Comments
We welcome your feedback and encourage you to share your thoughts. We ask that you be respectful of others and their points of view, refrain from personal attacks and stay on topic. To learn about our commenting policies and how we moderate, please read our Community Guidelines.