Unless there is another development, enforcement of animal cruelty laws will fall on municipal and provincial police on April 1
0
Mar 23, 2019 3:55 PM By: Kenneth Armstrong 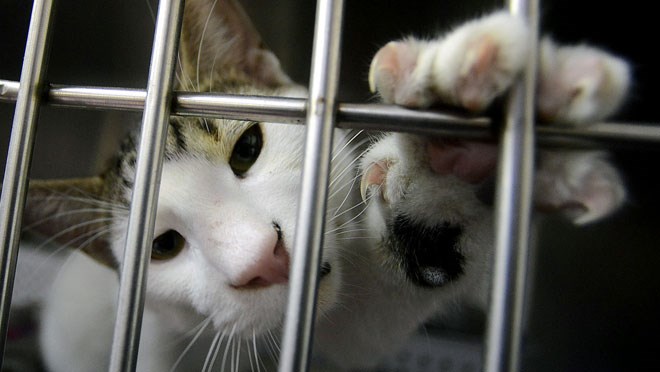 The Guelph Humane Society is proposing that the Ontario government give it the powers to enforce animal cruelty laws in Guelph and Wellington County after a partner agency announced it would stop offering the service starting April 1.

The Ontario Society for the Prevention of Cruelty to Animals (OSPCA) has been enforcing animal cruelty laws in Ontario for 100 years. The agency is shifting its services to a support role at the completion of its current two-year contract with the province, which ends April 1.

Shiller said the shift in operation for the OSPCA comes as a result of a January 2019 Ontario Superior Court ruling found some of the enforcement powers held by the animal welfare agency were unconstitutional.

The Ontario government has 12 months from the date of the decision to rejig how animal cruelty laws are enforced in the province, but the OSPCA decided to end its role at the end of the current contract on March 31. The OSPCA has offered the Ontario government the option of entering into a three-month contract as a means to ease the transition period.

“We have advised the government of our support services and we have apprised that we are here to assist in any way we can. We have also advised that whatever process is put in place, we will work with them, if they so choose,” said Shiller.

With only about a week before the contract expires, the OSPCA has not received a response from the government.

“If the OSPCA, on March 1, doesn’t receive any extension and there is no agreement to move forward from the province, the have told us they will strip our officers of their peace officer designation and they will be unable to do the work they have been doing for a long period of time,” said Dr. Thomas Shane Bateman, chair of the GHS Board.

“What that means is when a community member calls Guelph Humane Society on April 1 and says they have a grave concern about an animal who may be in danger, we can’t do anything. We would have to encourage them to call the local municipal or provincial police,” said Bateman.

On April 1, Guelph Police Service and the OPP will take over investigations for Guelph and Wellington County, respectively.

“Not only will the local police forces have to take on all of these investigations, but they will have to find the budget to pay for the supports that they may decide is necessary in those circumstances,” said Bateman. “If the police service wants the support of local agents who have the expertise and experience intervening to do this work, under the OSPCA proposal that will now be a fee-for-service activity.”

Shiller said he believes provincial and municipal police departments will work with the OSPCA as it shifts to a support role.

“Those agencies are in the midst of how best to approach the protection of animals in the province. We are confident they will use our services, but there is no decision made at this stage,’ said Shiller.

The OSPCA has no plans to lay off or terminate current employees as the changes are made, said Shiller.

Bateman hopes people who are concerned about the enforcement of animal cruelty laws in the province will contact their local member of provincial parliament and the Ministry of Community Safety and Correctional Services, which oversees those laws.

The Guelph Humane Society is willing to take on the role of local enforcement of animal cruelty laws.

“Under the legislation the ministry should be able to designate peace officer status back to any agents who have this training who may have been stripped of that responsibility by the OSPCA, but who could now potentially work for the ministry,” said Bateman. Our humane society is completely willing to support their salaries and work in the current model, at least in the short term, until there is a wider solution and some more careful consideration of whether that model is the right model for Ontario moving forward.”

CANADA: New study is first full list of species that only exist in Canada
Jun 4, 2020 6:20 PM
Comments
We welcome your feedback and encourage you to share your thoughts. We ask that you be respectful of others and their points of view, refrain from personal attacks and stay on topic. To learn about our commenting policies and how we moderate, please read our Community Guidelines.

About the Author: Kenneth Armstrong