Elvis tribute artists are singing, gyrating and hoping for a golden ticket

Whoever wins Collingwood Elvis Festival gets a chance to compete in Graceland for title of ultimate champion
Jul 26, 2019 5:15 PM By: Erika Engel 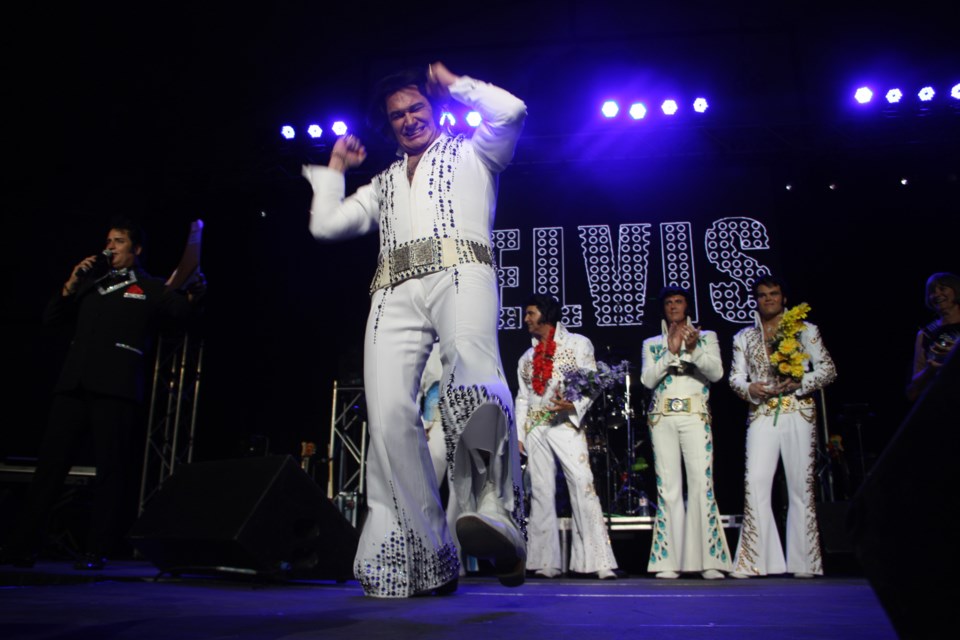 There are nearly 100 Elvis Tribute Artists (ETAs) in Collingwood this weekend.

And while scores of black coiffed hair and thick sideburns make for an interesting visual, those ETAs are here for a golden ticket. They’re here to earn a spot in Graceland where ETAs from all over the world compete for one title: Ultimate Elvis Tribute Artist.

Collingwood’s Elvis Festival is centred around the ETA contest, which is a qualifier for Graceland’s ultimate event. The ETA who wins here, gets a chance to compete for the title of "Ultimate Champion."

While Collingwood has always had an ETA competition, Elvis Presley Enterprises only started hosting the Ultimate contest in 2007. Shawn Klush won the first ever Graceland contest, and he is in Collingwood this year as a headliner for the Collingwood Elvis Festival.

Collingwood has had two of its champions go on to win the ultimate title. First Ben Portsmouth won both Collingwood and Graceland in 2012, then Gordon Hendricks won both in 2017. Both ETAs are from England.

This year there are approximately 75 ETAs registered to perform. The highest ever number of ETAs at the Collingwood Elvis Festival was 135 who all came in 2006, the year before the Ultimate contest began.

The judging panel must award points based on five criteria.

This year, there are six judges in Collingwood

Will Chalmers, also known as Scottish Elvis, had his own career as an ETA. In fact, Chalmers was the first ETA to have his wedding at the Collingwood Elvis Festival. There have been two more weddings since he was married at the 1996 festival.

Rose Geoghegan is also part of the judging panel, and she comes to the festival because of her passion for Presley’s music.

Donald Luther is one judge who saw Elvis live in concert (twice). He’s visited Graceland five times, and is accustomed to the judge's chair, since his day job was as a judge in the courts of Newfoundland and Labrador. He now lives in Collingwood.

Natasha Mrkovich earned her spot as a judge because of her passion for music and her love of Elvis. She’s also an honorary member of the Country Music Hall of Fame.

Andy Porecki is a lifelong Elvis Fan, and is using his experience in music events to help him pick out the best ETA at the Collingwood festival.

Bert Preece has been involved with the Collingwood Elvis Festival since it began in 1995, and has vast experience judging ETA competitions. Preece moved to Collingwood after retirement, having enjoyed the town during past Elvis festivals.

While the semi-final and final rounds of the competition are ticketed events, the qualifying round is free to watch, and will take place on the outdoor stage on Hurontario Street between First and Second Streets; that began at 1 p.m. today (July 26).

Semi finals take place Saturday at 11 a.m. at the Eddie Bush Memorial Arena. This will include the top 30 adult performers from qualifying rounds.

Only the professional competitor who wins the grand finale will get a chance to compete in the Ultimate ETA contest in Graceland in August.