Séan McCann has been sober for eight years and relishes his new solo career; He will perform in Clarksburg at the Marsh Street Centre on Aug. 30
Aug 4, 2019 7:45 AM By: Erika Engel 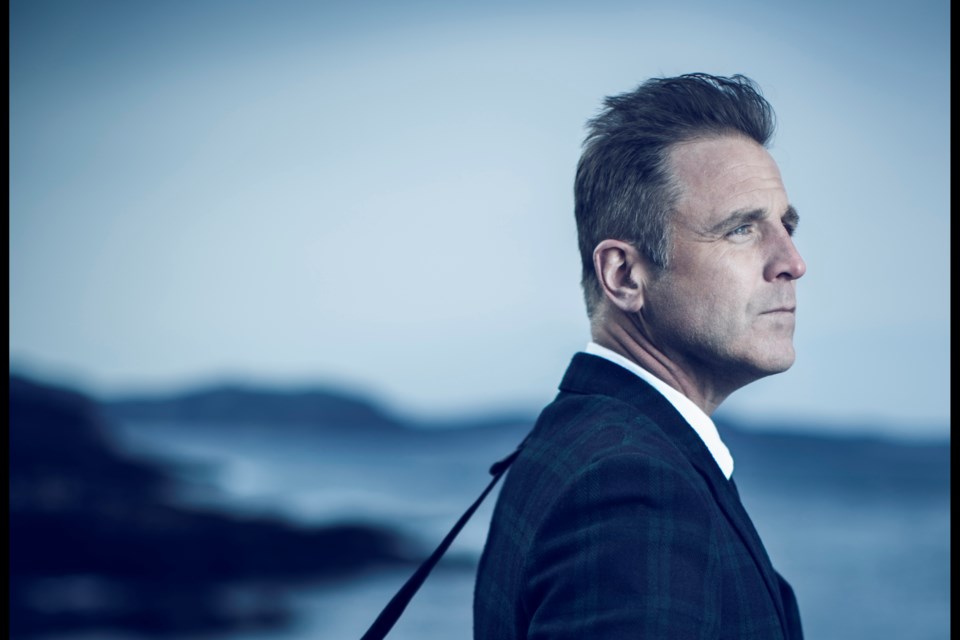 Séan McCann has travelled two roads in his career.

The first he walked with his back turned and eyes down, the second he walks face-to-face with his truth, relationships, and challenges.

Though the paths lead in different directions, he has walked them both with his 30-year-old guitar Old Brown by his side, and with music as his friend.

“I think music is a really strong healing power if you let it be,” said McCann. “It’s a uniting force. There are only 12 notes, but look at how incredibly vast those 12 notes are. How many subjects they’re able to address on a human level. Not many things can do that. It lets us know we’re not alone.”

McCann was the founder of Great Big Sea, and performed as a singer and musician in the band.

“I was drinking a lot, hiding from my truth … avoidance was the goal,” said McCann. “Those songs were useful to me in the sense that they were an anaesthetic.”

He has made peace with his past, and acknowledges his time with Great Big Sea taught him how to lift a crowd.

“I still write songs that are easy for people to sing, but they say more now because they talk about facing your problems and overcoming them,” he said.

McCann has been sober for eight years, and now has a solo career.

“I took a different path from by Great Big Sea history and pedigree,” he said. “I tried to figure out why people drink and use drugs … I came to understand my own trauma.”

For McCann, the journey to sobriety was not following 12 steps, but rather, 12 notes.

“It does involve me getting in front of an audience and making myself vulnerable,” said McCann. “It’s sharing my truth with people face-to-face … I get a lot out of this – at least as much as everyone in the audience.”

McCann has written more than 300 songs. When Great Big Sea ended, he thought he would never play music again. He feared he wouldn’t be able to write songs while sober. As it turns out, his output has quadrupled. He’s writing more songs, and using them to reach deeper than he had in the past.

“When you sober up, you can get a whole lot more done,” said McCann.

The singer and songwriter has created the Face to Face Tour, inspired by what he has learned about the importance of connection.

“We seem to have forgotten we’re human beings and we require human connection,” he said. “I think there’s great power in getting together and singing together. I believe that’s important today, and that’s why I’m doing it.”

In fact, singing together is mandated at a Sean McCann concert. He’s decided interaction is the most important thing he can do in his career.

He doesn’t plan a setlist, instead, he packs his 300 songs into a figurative quiver of arrows and arrives at his concert where he looks his audience in the eyes, assesses the situation, then reaches into his quiver.

“It turns into a big campfire,” he said. “I like to consider myself a big fire where people can warm their hands and their hearts.”

While he talked on the phone with a reporter, he was at a skateboard park in Ottawa taking lessons from his son.

He said he has no regrets. He’s glad his children have a father, and his wife has a husband again.

His next project is one he’s putting together with his wife. The couple has written a book about his journey to be published next spring. They will put out a physical copy of the book, but will also record the audiobook together. McCann is writing and recording music exclusively for the audiobook.

He’s also coming to the Collingwood area at the end of August with a show at the Marsh Street Centre on Aug. 30, hosted by Theatre Collingwood.

McCann said he prefers to perform in small venues where he can interact with his audience.

“Branding is the new religion, but not for me,” he said. “What’s most important to me is that I continue to interact with people. The way I see society moving … it’s pulling apart … I don’t think that’s going to work out well for any of us.”

Tickets for the 8 p.m. show are $40 plus tax, and available online here.