Roots North vows to return to its roots ... after pandemic

'We are planning to have some kind of celebration in September to bring us all back together,' says committee member of popular event cancelled by COVID-19
Apr 9, 2020 5:45 PM By: Anna Proctor 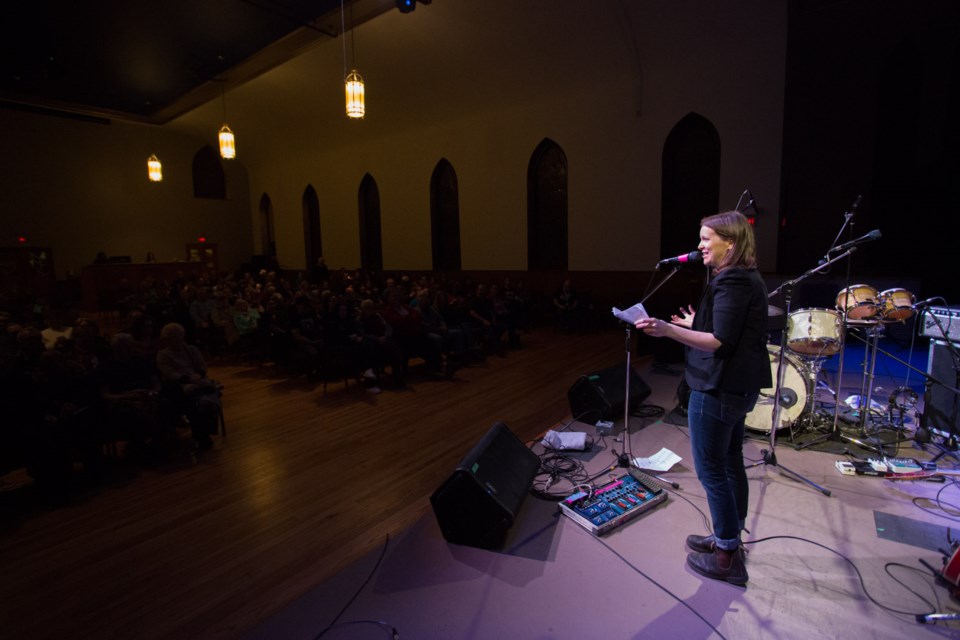 COVID-19 is a game-changer for so many communities in Canada and around the world. As things change, hope remains that there will be room in our brave new world for festivals like the Roots North Music Festival, the little festival that could.

This month would have marked the sixth anniversary of the popular annual event. Unfortunately, like almost every other event on the calendar, it had to be cancelled due to the global pandemic, laments Amy Mangan, a member of the festival committee.

"We had a lot of great artists we were excited to present in 2020. It wasn't an easy decision to make and we had a lot of hope that our community would be ready by April 22," said Mangan.

"Although the Roots North committee is disappointed, we are motivated more than ever to show our appreciation and support for our Downtown Orillia businesses and local musicians," said Mangan.

"We are planning to have some kind of celebration in September to bring us all back together.”

Roots North has been an Orillia success story thanks to a man with a vision and a dedicated core of volunteers.

The Roots North Music Festival committee is made up of Shawna Ballik, Derick Lehmann, Sarah Duffy, Kevin Gangloff, Christ Lusty, Mangan, Sean Patrick, and Sven Sloeserwij. Tyler Knight is closely involved, providing videography and photography for the event, and Mike Rothwell from Alleycats Music and Art is involved in an advisory capacity.

“Roots North Music Festival was the brainchild of Mike Rothwell," Mangan explained, noting Rothwell recognized that Record Store Day landed in April, a time when folks are starting to shake off the winter blues and get excited for festival season.

"Orillia is a community rich with arts and culture and Mike knew that the best backdrop to showcase our artists was Downtown Orillia," said Mangan, explaining the genesis of the event six years ago. "He gathered a group of people together with lots of experience in event organizing and the music industry and began planning the first Roots North Music Festival.”

The very first festival headliners, at the inaugural fest in 2016, performed at Orillia Community Church, site of the former Orillia Cinema 4 on Colborne Street. Rent was cheap, and seating was limited to about 200.

Headliners that year read like a who’s who of Canadian indie roots singers and bands, including Mo Kenney, Devon Cuddy, Jerry Leger, Land of Talk’s Elizabeth Powell, The Griddle Pickers, Shawn William Clarke, The Foggy Hogtown Boys and Aaron Mangoff. Weekend passes, only needed for the headlining shows or the late nights at the Brownstone Café, were only $35 for the weekend.

Uptake for the newly formed festival was huge, with sold-out weekend passes and spillover crowds throughout the downtown's daytime venues. Uptake on sponsorship opportunities was also fantastic. The festival ended its inaugural year in the black.

“Some of the key players who were there in the beginning are still a part of the festival today," said Mangan, who joined the effort in Year 2. "After that first year, Mike stepped back and began his role as an advisory committee member.

"We are indebted to Mike's vision and compassion for live music, our local art scene and small businesses. I've never been a part of a group of organizers who have such a vast variety of experience in music and event planning - which contributes to a unique group dynamic where everyone has a lot of respect for each other's abilities, opinions, skills and contributions," said Mangan.

A big part of Roots North was the art market, which started in year one as a place to sell merchandise but expanded in year two to a place where local artists could have a booth and sell some of their wares as well. Local artist Olivia Neale helps curate and vet artists and shops for the art market each year.

In year two, committee members organized a mid-January concert as a kind of a lead-up to the big festival, which was a big hit and helped generate more income and attention for the festival.

In year three, Roots North made the big decision to go big and stay home. The committee decided to shift the headliners to St. Paul’s Centre, whose 400-seat Great Hall made it possible to double ticket sales. In addition, St. Paul’s Memorial Hall, directly underneath the Great Hall, was a perfect spot to place the bar and the newly expanded art market.

In 2019, the 5th anniversary of Roots North was celebrated.

“The fifth anniversary was quite an exciting festival to plan,” Mangan said. “We hoped to give folks a really great show and I feel like we pulled out all the stops - even though we feel like we do that every year! We presented Ron Sexsmith, Weather Station, Alysha Brilla, Rose Cousins, Ariana Gillis, Skye Wallace, Lost Cousins, VK, Zachary Lucky and so many more.

"We also introduced Roots North Trivia at the Hog ‘n’ Penny where we had questions paired with live music. And we added a few more venues to our Downtown Orillia daytime concert programming," she said.

That's why cancelling this year's event is so painful. Momentum was continuing to build. But the festival will return, organizers vow.

“The 'Roots' in our name doesn't necessarily mean a genre of music," Mangan explained. "We want to recognize the roots of our community - whether it’s music, art, culture or history or, more importantly, the feeling of togetherness, of gathering and sharing and celebrating.

"After this pandemic, Orillia will definitely be looking for ways to connect with its roots - maybe now more than ever. And the Roots North Music Festival will be right there with our artists and partners, reconnecting us and continuing to celebrate our roots.”

Orillia's arts community mourns loss of beloved hair, makeup artist
Mar 27, 2020 8:45 AM
Comments
We welcome your feedback and encourage you to share your thoughts. We ask that you be respectful of others and their points of view, refrain from personal attacks and stay on topic. To learn about our commenting policies and how we moderate, please read our Community Guidelines.