Sienna Senior Living Inc. is named as a co-defendant in lawsuit alleging negligence and breach of contract in their response to COVID-19 in multiple long-term care homes
Jun 18, 2020 7:45 AM By: Jessica Owen 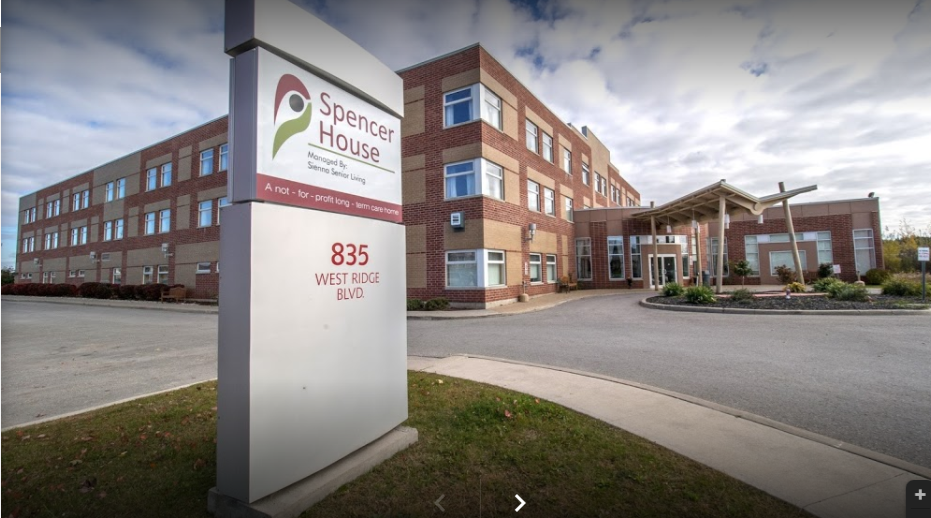 A $100-million class-action lawsuit is seeking justice for family members of residents who have died during COVID-19 while in long-term care homes owned or operated by Sienna Senior Living Inc. or Revera Inc.

The company also manages Spencer House, which had a brief outbreak in which a single staff member tested positive for the coronavirus on April 1. The outbreak was declared over 10 days later after all test results for residents and staff members came back negative.

Out of the “hundreds” of clients across Canada participating in the suit, law firm Diamond and Diamond confirmed this week that about a dozen of those clients are family members of residents who died at Bradford Valley or Owen Hill during the pandemic.

“This is a horrible situation that’s happening. I’m not surprised," said Darryl Singer, lawyer for the plaintiffs. "I’ve done nursing-home cases for years. The issues we’re seeing are systemic issues that predate COVID-19, and the reason they weren’t ready for COVID is they just weren’t ready for anything."

Diamond and Diamond filed the suit against Sienna Senior Living Inc. and Revera Inc., and is representing clients across Canada.

The lawsuit alleges negligence and breach of contract.

Owen Hill, a 57-bed facility, experienced 48 positive cases of COVID-19 during their outbreak. Twenty-one cases were staff members and 27 were residents. Eleven residents died before the outbreak was declared over.

Bradford Valley, a 246-bed facility, saw 42 positive cases, including 35 residents and 11 staff. Twelve residents died before the outbreak was declared over.

Singer also said there are other, smaller lawsuits that have been filed in regards to individual homes, but his class-action suit also takes those homes into account as the largest class-action suit filed against the providers.

According to the statement of claim, which was filed on May 12, the plaintiffs allege that injuries and eventual deaths of their loved ones were caused by the negligence of the defendants.

Alleged negligence cited in the claim include failing to follow acceptable practices regarding the prevention and containment of contagious illnesses such as COVID-19, failure to plan for and respond to the COVID-19 pandemic or any similar outbreak of infectious disease, failure to have adequate staff, and failure to communicate adequately with families of residents.

The suit also alleges a failure to comply with public health guidelines and directives regarding outbreak planning, supply, use, and access to personal protective equipment, resident isolation and testing and employee testing and screening.

“Had the defendants met the minimum standard of care expected of Ontario retirement and long-term care communities, they would have been able to mitigate the spread of COVID-19 and ultimately lessen the impact of COVID-19 to their residents,” reads the claim.

The claim also alleges the defendants were aware of the serious deficiencies in the care delivered to residents.

“This has been brought to their attention by media reports, patient complaints, family complaints, government investigations, ombudsman investigations, and numerous other sources,” reads the claim. “Despite (this)... the defendants have chosen to continue to provide inferior care so as to maximize corporate profits at all costs.”

The allegations in the statement of claim have not yet been proven in court.

In an emailed statement to BarrieToday, Natalie Gokchenian, director of communications and stakeholder relations with Sienna Senior Living Inc., acknowledged the lawsuit.

“We are aware of the proposed class-action proceedings and will address this matter as required through the appropriate court processes,” she wrote.

Singer said a case conference is expected to occur sometime this summer.

“I’m anticipating that’s going to happen in July, or by August at the latest,” he said. “We’re moving fairly quickly on it.”

Since the lawsuit was originally filed, Singer says his law firm has dealt with a “flood of unexpected help.”

“We’ve had employees and former employees of the homes calling asking what they can do, or saying, ‘Let me tell you what’s really going on',” said Singer. “They’ve given us statements at this point as well.”

Meanwhile, there has been a recent shake-up in management at Sienna Senior Living.

According to a press release sent out this week by law firm Thomson Rogers, two senior executives of Sienna have recently been dismissed or resigned.

The law firm is representing resident families specifically of Woodbridge Vista Care Community in Woodbridge, Ont., in their own $15-million suit against Sienna.

Sienna’s executive vice-president of operations, Joanne Dykeman, allegedly made disparaging and mocking comments about Woodbridge Vista residents and their family members during a virtual meeting on June 3.

On June 4, Dykeman was dismissed from her employment.

On June 12, the president and CEO of Sienna, Lois Cormack, resigned from her position, for “personal reasons,” according to a news release from Sienna Living.

Her replacement, Nitin Jain, was announced the same day. Jain had served as chief financial officer and chief investment officer at Sienna since joining the company in 2014.

While the class-action lawsuit has been filed with representative plaintiffs, class and sub-class plaintiffs can be added. If you have a family member who has died in a Sienna or Revera-owned or operated home during the COVID-19 pandemic and would like information on joining the lawsuit, contact Diamond and Diamond.