Horsepower Sports and Entertainment hopes to delay payment to the city for 60 days, and to reduce what they pay the city for use of arena
May 27, 2020 10:15 AM By: Jessica Owen 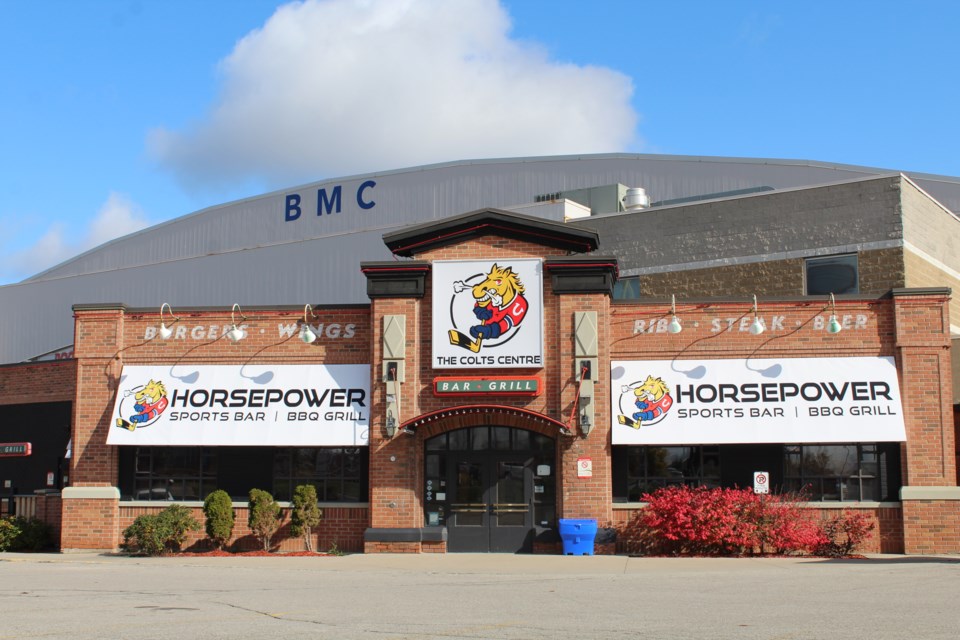 Times are tough and Barrie Colts management are looking for some relief.

During Barrie city council’s general committee meeting on Monday night, councillors considered a request from Horsepower Sports and Entertainment Group Inc., which owns the Ontario Hockey League's Barrie Colts, to extend facility use, advertising and concession payment due dates for 60 days and reduce their monthly facility use payment for the Sadlon Arena to help them get through a truncated hockey season.

They’ve also asked the city to help investigate whether they would be eligible for the Canada Emergency Commercial Rent Assistance Program, which was developed to share the cost between small-business tenants and landlords.

While Horsepower Sports and Entertainment has continued to utilize the office areas to administer team and league processes, the Barrie Colts were forced to cancel two of their games and end their regular season early due to COVID-19.

“As a result, it is not clear whether Horsepower Sports and Entertainment Group Inc. would meet the eligibility criteria,” wrote Rob Bell, manager of recreation and cultural facilities for the city in his report to council.

According to the staff report, the current monthly payments associated with the facility use and advertising/concession revenues are approximately $47,000.

An initial deposit related to the city’s share of advertising revenues (20 per cent) was made in December for 2020 and any difference is typically addressed mid-year.

The recommendation would represent a deferral of payment by 60 days rather than a waiving of any payments. A $4,000 reduction in the monthly user fee payment for May is proposed to reflect the costs avoided by the city due to the cancellation of the two regular-season games.

The recommendation considered by the committee also included a commitment to revisit the matter of further potential relief for Horsepower in 60 days. The recommendation will go before the next regular council meeting to be ratified.

Orillia snowbirds walk across border through 'loophole' after months in Mexico
May 7, 2021 2:45 PM
Comments