Council did, however, create $1-million fund to aid recovery and froze water rates; Fear is future waves of virus could be 'catastrophic' and flexibility would be needed
May 4, 2020 8:30 PM By: Dave Dawson 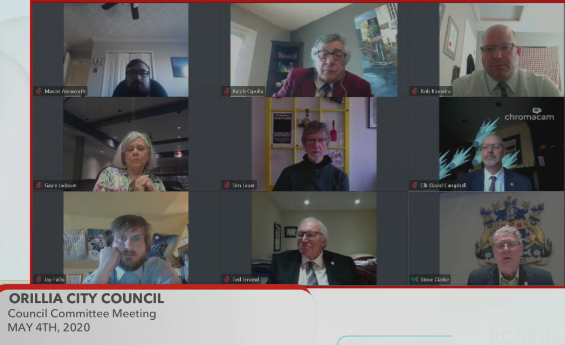 Amid fears of future waves of the coronavirus, city council decided Monday not to reduce taxes for the balance of 2020 and to make up to $1 million available to help spur an economic recovery over the next two years.

In addition, the city will freeze previously planned, phased-in increases to water, wastewater and stormwater fees to help ease the burden for those impacted by the global pandemic.

Councillors learned Monday at a budget committee meeting that kicked off five hours of virtual meetings, that the city finished 2019 with $1.4 million surplus.

But city staff also noted the pandemic is already taking its toll - to the tune of an estimated $2.5 million by June 30 in lost revenue and additional expenses. That is partially offset by about $1.5 million in savings garnered through “cost containment” measures.

Coun. Jay Fallis tried to get support from his colleagues to reduce taxes for the second half of 2020 to help local home and business owners now.

“We do have a rainy day fund, essentially, and this is the largest rainy day we’re going to ever have,” said Fallis.

But the majority of his colleagues did not support the idea.

Part of the reasoning was that the reduction would not help those who need it most and may not be passed on to those who pay the rent.

Treasurer Jim Lang noted that due to legislation, anything the city does related to taxes or utility rates must be equitable for all; it cannot target certain segments of the population.

He said if council chose to reduce taxes by 1 per cent, the impact would be a savings of $11.30 per $100,000 of assessment value of a home. That cost would have to be borne by taking money from reserves and would equate to "a temporary" measure that would necessitate further increases down the road.

Coun. Ralph Cipolla said council should not decrease taxes but, rather, stay the course, noting residents may need more relief in 2021 and beyond.

He said it would be his goal to ensure a zero percent tax increase next year and said he would advocate for other assistance such as free parking and free transit to help those who need it most.

“I would like us to retain as much economic flexibility as we can, as a city, moving forward,” said Emond, adding if this becomes “catastrophic this fall or winter … we have the resources to do something as opposed to distributing the resource now.”

The city has already deferred interest penalties for those who don’t pay their taxes or municipal utility bills following the state of emergency declared by the mayor in March. That, effectively, means there is no penalty for not paying those bills until June 30.

Lang said conversations about extending that deadline are happening at the emergency management committee level. That committee, during a declared state of emergency, makes all decisions directly related to the pandemic on behalf of the municipality.

Meanwhile, the up to $1 million approved by councillors to help aid an economic recovery will come from the tax stabilization reserve fund - what Fallis referred to as a rainy day fund.

That reserve will still have a balance of about $4.8 million even after the $1 million for the fund is deducted. (Just five years ago, that fund was depleted but has been replenished by council as part of a targeted plan to rebuild reserves).

The money can be “used for council-approved social assistance and economic recovery opportunities that are directly related to the COVID19 emergency.”

Emond, who chairs the city’s economic recovery task force, said thanks to the “unprecedented” way provincial and federal governments have stepped up to assist citizens, there may not be as much need as originally predicted. However, he noted some businesses and non-profit organizations are still "falling through the cracks."

If the money is not spent, Emond stressed, it would be returned to the reserve fund.

Last year, the city began a staged increase of those fees - about 6% each year - to help prepare for anticipated capital costs and to rebuild reserves for those utilities.

Staff estimate council’s decision to postpone the hikes will save residents about $30 a year or about $70 a year for industrial users.

Andrew Schell, who heads up the city’s environmental services division, said the freeze “wouldn’t lead to major increases down the road” and “would not create significant additional deficits” in the future.

“I think this is a good step forward,” said Con. Rob Kloostra.