'I’m relieved that we were all offered this. There were members, local paramedics, who were getting scared,' says union rep
Feb 23, 2021 5:45 PM By: Marg. Bruineman 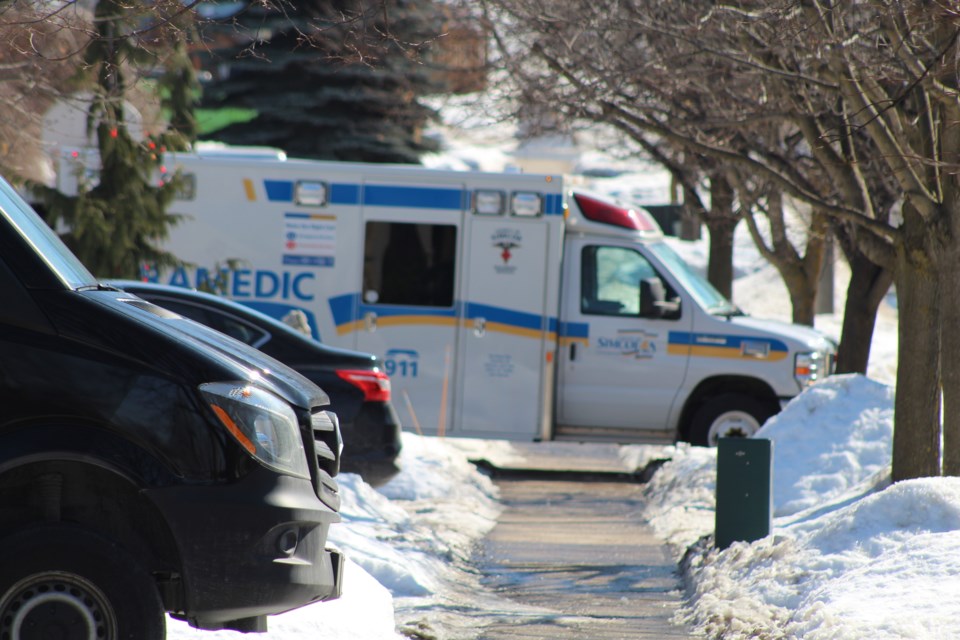 Simcoe County paramedics are breathing a collective sigh of relief now that they’ve been able to access the COVID-19 vaccine.

“I’m very happy and very relieved and very appreciative,” said Simcoe County paramedic Danielle Desrochers, who has been anxiously waiting for the shot, which she finally received Thursday. “It’s been such a scary time to be a paramedic, to go into all these calls.”

Local paramedics initially expressed concern that they weren’t among earlier groups invited to be vaccinated against COVID-19. But they said they received an outpouring of support after expressing those worries.

“We’re all very excited about this,” said Sean Sharp, a paramedic who serves as second vice-president of the Ontario Public Service Employees Union (OPSEU) Local 303, which represents local paramedics.

He received his first shot on Friday and believes all of Simcoe County’s paramedics have now been offered the first of two shots.

Paramedics had earlier said they were worried because they regularly expose themselves to the virus and possibly the virulent variants. Even though they’re fully adorned in the appropriate personal protective equipment (PPE), Sharp said they could still be at risk without immunity through a vaccine.

Paramedics did attend the Roberta Place long-term care facility in south-end Barrie throughout the deadly outbreak of the B.1.1.7 UK variant, and they regularly transport people with COVID-19.

For local paramedics, the positive messages they received on social media proved inspiring.

“There’s been an amazing amount of support from the community,” Sharp said. “It’s given us a lot of motivation.

“I’m relieved that we were all offered this. There were members, local paramedics, who were getting scared," he added.