Justice system is in flux; 'we’re not going back to normal,' says Downey

'We can either try and change it so that we have less (people without lawyers) or we can have the system deal with the reality,' said Downey
0
May 22, 2020 4:15 PM By: Marg. Bruineman 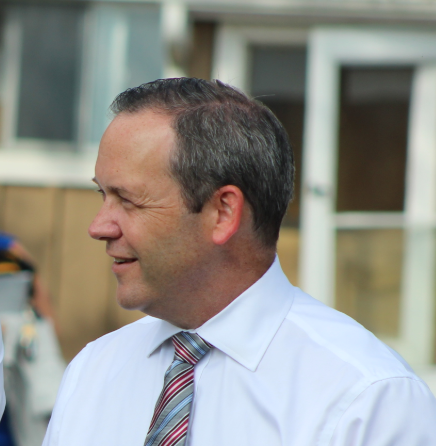 Barrie-Springwater-Oro-Medonte MPP Doug Downey is shown in a file photo from 2019 during a funding announcement in Innisfil. Raymond Bowe/BarrieToday

Doug Downey told an online gathering Thursday that the provincial attorney general’s ministry wants to maximize headway made during the current health crisis to bring the justice system into modern times.

When he took over as the provincial attorney general last June, the Barrie-Springwater-Oro-Medonte MPP wanted to prioritize modernizing the paper-based justice system to something more closely reflecting the current time of technology and digitization, Downey told about 150 listeners through the webinar organized by Canadian Lawyer Magazine.

“I wanted to change how and why we do some things,” he said. “COVID has given us the opportunity... to come together and say, ‘Yeah, we really have to look at this'.”

The long-time Orillia real estate lawyer said he draws on his experience 25 years ago as a court clerk and court registrar to understand what is happening now and how to reopen courts, expand and do things differently.

Modernization of the justice system, he added, is not just about focusing on the courts, it’s about all aspects including real estate, estates and what people interact with regularly.

He referred to his team at the Ministry of Attorney General now working “non-stop to make sure we maximize this opportunity.”

“This is not just a concept anymore. It’s so much easier to say to people: ‘This is possible',” he said pointing to an issue in a timeshare condominium at Carriage Hills in Oro-Medonte Township. “There were 1,000 people that participated in a hearing on a Zoom call…. That would not have been possible before. Even if it was possible, it wouldn’t have been thought of.

“So this has really propelled us into new ways of thinking of how we do things. But we have to make sure we have the tools.”

When the justice system was put on pause following Ontario’s emergency declaration March 17 due to the pandemic, some aspects of the system continued virtually, such as bail hearings and cases considered urgent. But Downey said that required an immediate investment into laptops, digital recorders and VPN connections for the court services division.

That led to the realization that there are gaps in the system that hadn’t been given much attention previously. The phone number of  lines used to make calls out of correctional centres were largely unknown, for example. That led to extra work to activate virtual hearings.

Downey said he’s focused on significantly modernizing the justice system but there are challenges. He suggested when changes are made the focus is often on the lawyers and the judges while the users of the system can be forgotten.

Pointing to the estimated 75 per cent of those who seek help from family courts without the assistance of a lawyer, Downey said the system needs to adapt.

“We can either try and change it so that we have less self-reps (people without lawyers) or we can have the system deal with the reality,” he said. “We have to get a little more creative about how we give people access to their own system and I’m pretty excited about virtual hearings.”

The system of the near future will have to deal with a pending backlog of cases, which is still heavily reliant on paper. And the pockets of innovation already in place need to be pushed further to boost e-filing, e-informations, e-warrants to more components through the system electronically.

“We need to challenge ourselves on some of these things,” he said. “We’re not going back to normal.”

Part way through the crisis, there was an increase in the number of people wanting to have their wills done, but lawyers found witnessing the documents in an era of physical distancing difficult.

Downey, a former Orillia city councillor, said after getting feedback, the province instituted a process allowing for the use of videoconferencing to get signatures of witnesses, which was later tweaked.

He expects to see the ongoing evolution of virtual hearings and a continuing push to other innovations in the justice system.

446 new COVID-19 cases confirmed in Ontario this morning
Jun 2, 2020 10:54 AM
Comments
We welcome your feedback and encourage you to share your thoughts. We ask that you be respectful of others and their points of view, refrain from personal attacks and stay on topic. To learn about our commenting policies and how we moderate, please read our Community Guidelines.