The shutdown of Canada Border Service Agency service, a temporary COVID-19 related measure, was announced May 12
May 21, 2020 5:15 PM By: OrilliaMatters Staff 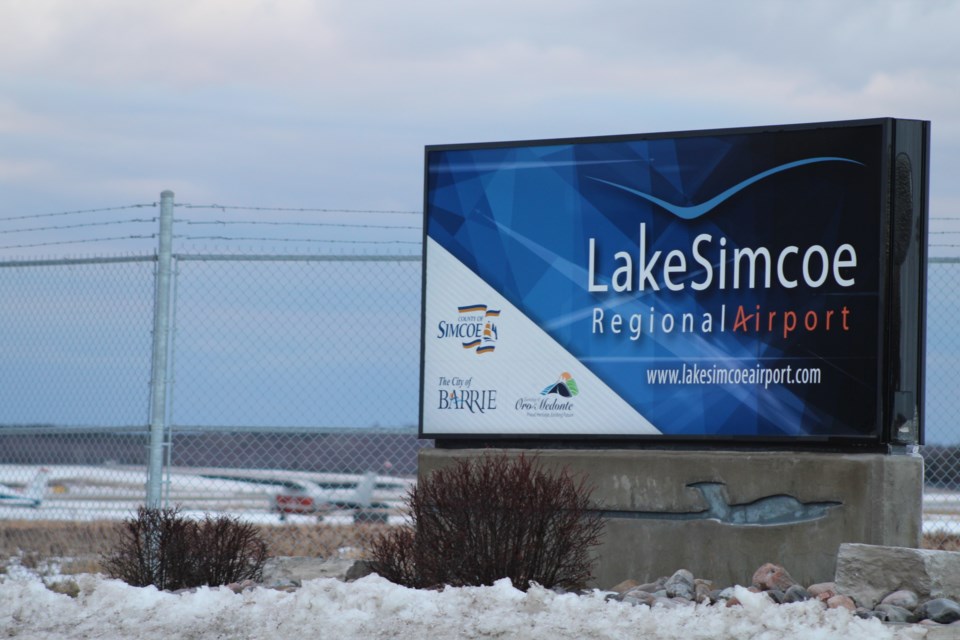 The LSRA is essential to maintain supply chains for the Canadian economy and for the receipt of Personal Protective Equipment (PPE).

The shutdown, a temporary COVID-19 related measure, was announced May 12 and will remain in effect until further notice.

“How could such a decision be made, given how important this airport is to this area during this pandemic?” MP Brassard asked Minister of Public Safety and Emergency Preparedness Bill Blair in the House of Commons on Wednesday.

The airport is a critical support asset to many manufacturing firms located throughout Simcoe County and beyond. It is the only CBSA Commercial-Port of Entry airport between Toronto Pearson International and North Bay to carry this specific, commercial designation.

“This is a short-sighted decision by the minister,” Brassard said in the House. “Will the minister commit to reinstating service to the LSRA as a commercial point of entry because of its importance in maintaining supply chains for our local and Canadian economy and for the receipt of PPE?”

Blair’s response stopped well short of resuming service at the LSRA. Instead, the Minister stated the government “will do its best to support the essential travel of lucrative goods through the airport, but general aviation and private aircraft coming and going will be restricted while these restrictions are in place.”

Also, in his response, Blair indicated, “The matter, of course, had been brought to me by one of his colleagues earlier. I have inquired of CBSA. They have provided that answer to the Lake Simcoe Regional Airport, and provisions are made for emergency landings still being managed through the Borden airport, and additionally, some facilitation of commercial flights.”

Minister Blair does not realize that the “Borden Airport” has not been operational since 2003.

Brassard brought the issue to the House of Commons after County of Simcoe Warden George Cornell expressed concern to the M.P.s about the decision without any notice or consultation.

Uncertainty and current restrictions at LSRA could impact Medevac Operations as the LSRA is used as a critical repatriation point for Canadians returning to Canada from international locations due to medical reasons because of the proximity to many hospitals in the region.

Further, the local airport is home to the provincial headquarters of Hydro-One Helicopter Services. This essential service provider maintains the power grid throughout the Province of Ontario and requires equipment deliveries periodically.

Base Borden relies on the LSRA for the movement of DND personnel, equipment and freight. Operation “Laser,” Canada’s military operation pertaining to the pandemic, is stationed and in standby at Base Borden. The airport is a vital part of the DND pandemic response, including designation as an international Port-of-Entry.

In past global crises such as 911 and the SARS outbreak, when CBSA implemented service reductions and temporary closures at small airports, the Lake Simcoe Regional Airport has always maintained service due to a variety of reasons such as the Commercial Port-of-Entry status, and ability to accept both international passengers and freight, and the ability to receive up to 24 passengers versus the traditional AOE 15 that many small airports provide.

This year's Dock-To-Dock party looking to make virtual waves
Jul 12, 2020 8:00 AM
Comments
We welcome your feedback and encourage you to share your thoughts. We ask that you be respectful of others and their points of view, refrain from personal attacks and stay on topic. To learn about our commenting policies and how we moderate, please read our Community Guidelines.