'These flagrant behaviours disregarding the direction of the health unit and the province is going to end up taking us in a bad direction,' said the mayor. 'I just wonder if it isn't time to charge a couple of these kids, maybe smarten them up a bit.'
Nov 16, 2020 5:16 PM By: Mehreen Shahid 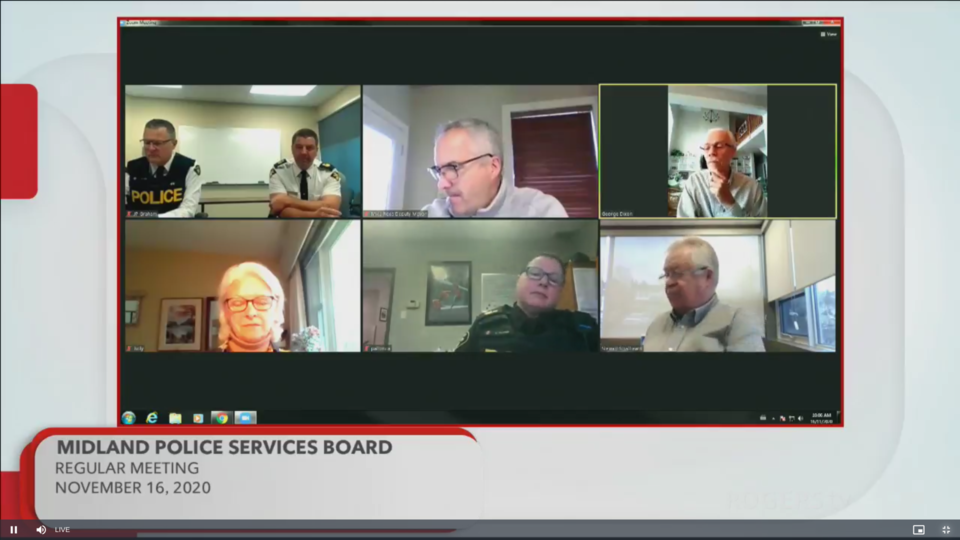 Midland's mayor wants to smarten up high school students whose unruly behaviours are troubling residents and may lead to a spike in COVID-19 numbers.

"There are reports of students from St. Theresa's High School at the strip mall across from the Toyota dealership and at the Tim Hortons," said Strathearn. "There is a lot of bad behaviour, lots of swearing, pushing and shoving, disregard for social distancing or masks. A couple of cruisers have been dispatched to the site and as soon as they leave, the behaviours begin again.

"These flagrant behaviours disregarding the direction of the health unit and the province is going to end up taking us in a bad direction. I'm wondering if we should be moving to charging these folks as opposed to warning and doing drive-bys."

Board member Judith Clapperton, who lives near the other secondary school in town, echoed his concerns.

"It's a severe problem," said Clapperton. "And the seniors around here are quite concerned because they don't make way for us on the sidewalks. And they're quite proud of their lack of masks and behaviour, they're very much doing it deliberately."

She said she wasn't sure what the recourse would be beyond policing, maybe community involvement would be another way of addressing the issue.

Graham said this has been a topic of discussion at local detachments.

"I think people become very relaxed and fall into a routine," he said. "With the second wave, we need to be more vigilant and aware of the rules and regulations."

Graham said that the OPP's school resource officer has returned to work and is looking into getting the message through to the kids by involving the board as well as the parents.

"We want to approach it on various levels," he said, adding, "Southern Georgian Bay isn't immune to community spread and we want to maintain a line of defence when it comes to that."

As for laying charges, Graham said Strathearn may be right that one charge could have a ripple effect to change others' behaviour in the short term.

"But we want to make sure it's sustainable going into the winter months," he said. "We're hoping the leverage of the school board to use them as a body to take some disciplinary action with those kids during school hours. And get the parents involved in whether or not those children should be at school if they're not following the rules laid out by the province."

Strathearn said he didn't hold much hope where the school board was concerned.

"Our experience with the school board on municipal issues is non-response," he said. "The board thinks if they're off school property, '(it's) not our problem.'"

In his discussions with a neighbouring municipality's mayor, who used to be a high school principal, Strathearn said he has learned that the school does have the ability to expel students for such behaviours.

"If the officer takes them back to the school and identifies them to the principal, the principal has the ability to expel these kids," he said. "That's a different remedy than a charge; I get that a charge has life-altering implications. I think something needs to be done here because we are getting to a time when we're all going to be cooped up inside, despite efforts to get people out and participating in outdoor activities in winter time."

Strathearn said he appreciated that the OPP is looking at different tiers of response.

"But once those kids get into the community, unless an agency identifies them to the board and puts the onus on the board, it's just going to continue," he noted.