Hewitt's partners with Beausoleil First Nation; 'When you can help out, you do it,' says Hewitt, noting islanders are trying to stay on the island to avoid COVID-19
Apr 9, 2020 7:45 AM By: Mehreen Shahid 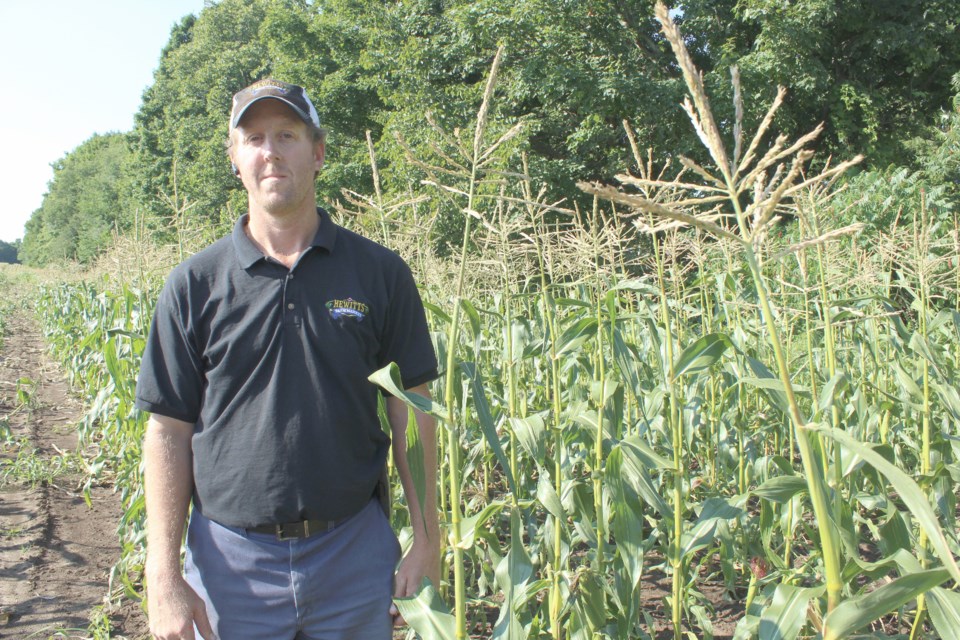 A team of people wearing protective gear waited as Trevor Hewitt drove his truck full of food up to Cedar Point.

He then drove the truck onto the ferry that transported him across Georgian Bay to Christian Island, where a team unloaded the truck at the community centre. Once that was complete, he drove the truck back to the mainland and returned to his farm market location in Warminster.

At no time during the almost three-hour journey did he leave the truck.

All of these are necessary steps and precautions that were taken Wednesday - and will be repeated weekly - to ensure the 250 households on Christian Island have the necessities of life delivered to them safely.

It's a new program initiated by the Beausoleil First Nation emergency control group, said Jeff Monague, a member of the group. He said it was necessary to ensure the 750 people on the island do not have to venture to the mainland for groceries and other items.

"We will be supplying food to the community because of the restrictions that we've had to put on the transportation system," said Monague. "It's difficult for people to get in to the mainland to shop for food and groceries and to get the basics."

The council has been closely monitoring residents' travel back and forth between the island and town, said Guy Monague, Beausoleil First Nation's chief.

"Since we started doing screening and cut off traffic, more and more people are wanting to go to town," the chief said, adding that it's understandable. "People are out of supplies. And it varies from house-to-house, but they've run out of essentials. They have to go to town for meat and vegetables."

This trip to town is part of weekly life here, he said.

"It's hard for people to break that habit," said Guy. "We know we have to come up with different ways to reduce traffic. Last week, we instituted a one trip per household per week rule. And that's been hard on people."

So the emergency control group came up with another option. If the people can't get to the food, then the food will come to them.

After everything has been disinfected at the community centre, volunteers will create packages for each household.

"After that, they will be distributed to the community," Jeff said. "Community members, at this point, will drive up and receive food for their household. The ones that don't have vehicles will have it delivered."

The band council had to resort to this route to ensure the number of COVID-19 cases on the island remains zero, he said.

"It's tough on everyone," Jeff said. "A lot of people are feeling they're having their personal rights taken away. It's necessary so that we don't have people getting sick. It's a small price to pay."

The whole idea, said Guy, is to reduce the need for residents to go into town.

"The whole idea is to help people who have a need for food and to help reduce the traffic on the ferry," he said. "The bigger underlying issue is with people leaving here and the chance of picking up the virus unknowingly and bringing it back here. We all face that same risk every time we go out anywhere."

"We have staff from different areas looking at executing the food security need," he said. "We have a group that's looking after the needs of families with newborns. Similarly, other departments are looking after seniors' needs and those with needs around kids' education.

"We're launching a survey for the community to get their feedback on what would help to reduce the traffic and risk," Guy added. "By now, everybody knows what the risk is but how much risk would you take?"

When Jeff approached brothers Trevor and Curtis Hewitt, they sat down and tried to figure out how they might be able to help the community on Christian Island.

"With everything that's going on, we're even having trouble sourcing some stuff for our store," said Trevor, adding they were able to use their connections and source vegetables (potatoes, onions, carrots, etc.), fruits (apples, oranges, pears, etc.), meats, cereals, and bagels. They were also able to include in the delivery some meat pies made at Hewitt's Farm Market.

"When you can help out, you do it," said Trevor. "If we can, why not? We were honest with them right from the beginning. Some of these things we don't even carry, so we told them if we could find them, we would."

He and his brother and a couple staff members put in countless hours since they got the go-ahead last week, he said.

"Because it was such a quick turnaround, we weren't sure what they were looking for," Trevor said. "We threw around a bunch of ideas and put something together. Let's see if it works out."

For next week's delivery, Jeff said, community feedback will be sought about what else is needed by households.

This year's Dock-To-Dock party looking to make virtual waves
Jul 12, 2020 8:00 AM
Comments
We welcome your feedback and encourage you to share your thoughts. We ask that you be respectful of others and their points of view, refrain from personal attacks and stay on topic. To learn about our commenting policies and how we moderate, please read our Community Guidelines.