'I do not agree' with stance of Grand Chief that calls statue offensive and degrading, says letter writer
Aug 9, 2019 8:45 AM By: OrilliaMatters Staff 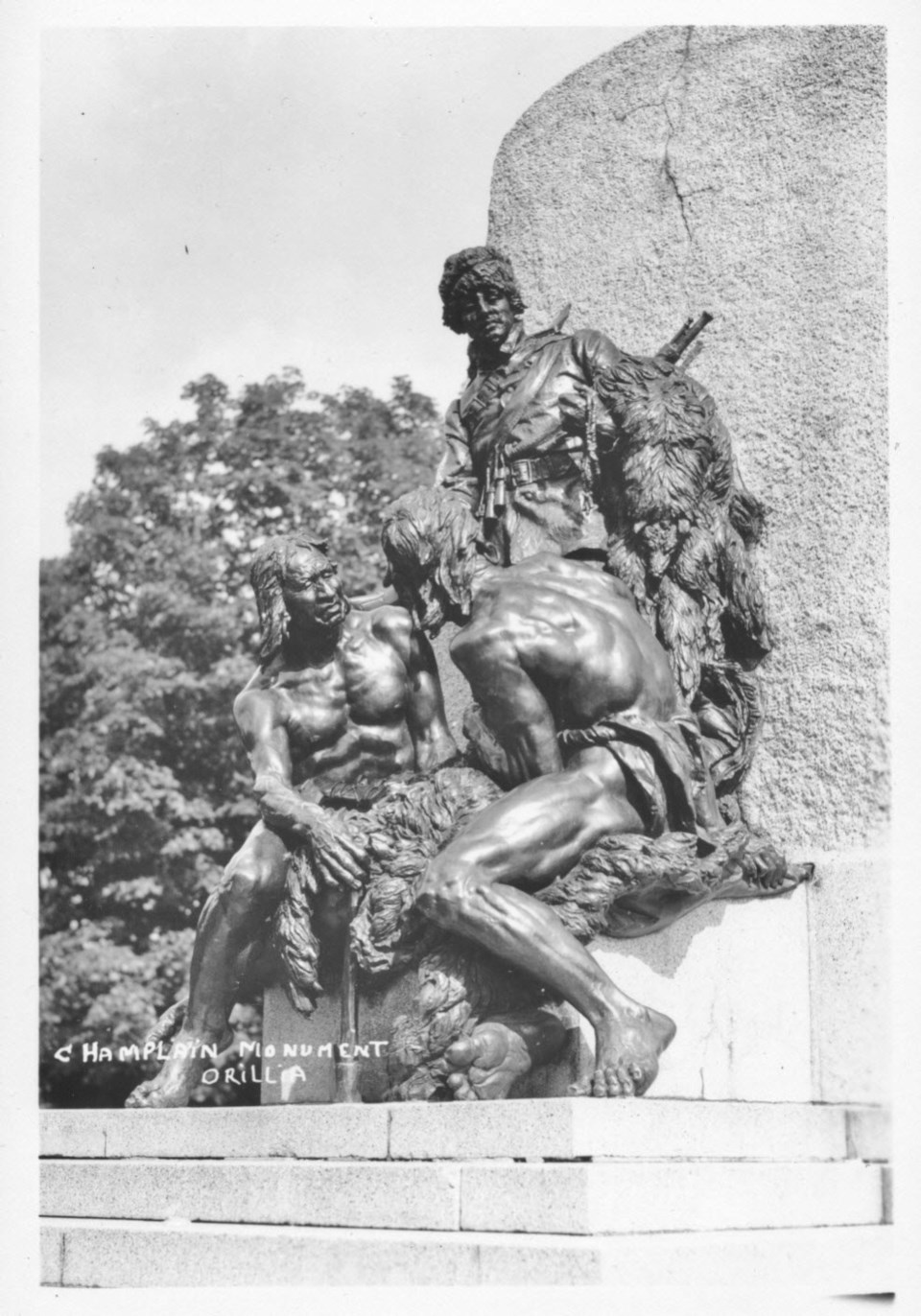 These figures will not be returned to the base of the Champlain Monument in the wake of Parks Canada's decision to uphold the recommendations of the Samuel de Champlain Working Group. It's expected they will be 'reimagined' in the vicinity of the monument in Couchiching Beach Park

OrilliaMatters welcomes letters to the editor. Please send submissions to dave@orilliamatters.com. This letter is in response to Parks Canada's recent decision to carry out, in full, the recommendations from the Samuel de Champlain Working Group. You can read about that decision here.

My Iroquois and Ojibwe ancestors come from the region of Orillia where I, too, have been raised.

My ancestor, Charles Denys de la Ronde, came from France as a fur trapper and Voyageur in 1670. My first cousin, Charlene Eales, recently contributed a letter to this forum to which I would like to add my opinion.

There has been comments from (Huron Wendat Grand Chief) Konrad Sioui that the statue is offensive and degrading, depicting my ancestors as subservients seated at the feet of Champlain. I do not agree with that stance.

Champlain is standing in a elevated centre position, as in most statues, while aboriginals are, although seated below, quite upright and hardly in a subserviant posture on either side below.

History indicates that Champlain and my ancestors toiled together within the fur trade. There is no indication that Samuel de Champlain took advantage of this relationship.

Reconciliation has to acknowledge the past to advance into the future. By removing (elements from) the Champlain Monument from where it has sat since 1925 does not improve this.

Much better would be a place within the park or within the centre of the city that would depict the important contribution of my ancestors that have contributed to Orillia.

A family ancestor of mine was recognized as a hero in Orillia for saving the lives of two men.

Similarly, there are at least two other Champlain Monuments. One is erected in Champlain, New York with the second in Plattsburgh, New York. These statues are welcoming landmarks without controversial opinions.

The landmark for Champlain has stood in Couchiching Park for 94 years. Removing (elements of the statue) is only going to divide and not conquer.

Bring it back intact.

LETTER: School board calls for transparency in letter to Lecce
Sep 21, 2020 9:45 AM
Comments
We welcome your feedback and encourage you to share your thoughts. We ask that you be respectful of others and their points of view, refrain from personal attacks and stay on topic. To learn about our commenting policies and how we moderate, please read our Community Guidelines.