LETTER: Do we have the courage to shift toward sustainability?

'My hope is that we will have the political will and courage to make the shift towards a sustainable future,' says local candidate running in federal election
0
May 10, 2019 11:30 AM By: BarrieToday Staff 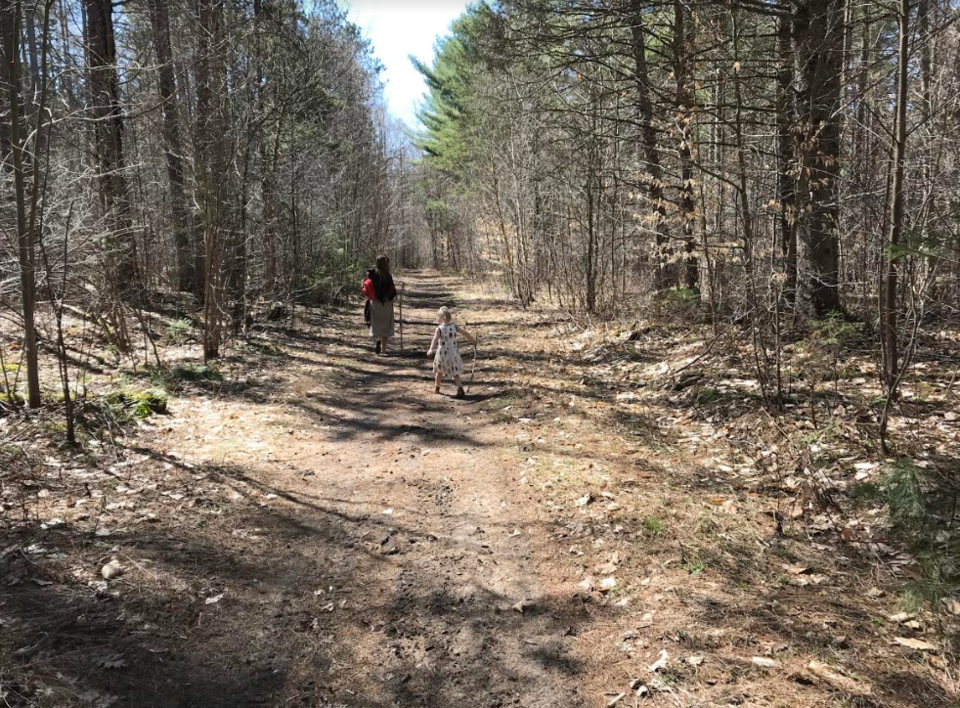 Last Sunday, after getting home from work, my family and I set out to take advantage of the warm weather by exploring one of Simcoe County’s many forests. We ended up finding a trail on Horseshoe Valley Road near Nicholyn Farms.

It was a beautiful piece of land with a trail leading through full-grown evergreens, with a mix of bare deciduous trees that were just starting to bud.

As we walked, we were greeted by the growing sounds of wildlife. Birds were singing and chirping, chipmunks shuffling in the undergrowth, and there was a chorus of sound from thousands of frogs gathered around late spring meltwater ponds.

We also came across something peculiar and quite out of place. Two metal square posts standing about a metre tall adorned with a small lock and some curious numbers scribbled at the top. At the time, I wasn’t really sure what the purpose of the posts was.

Almost a year ago, I attended a community event held by the Friends of Simcoe Forests that focused on environmental protections. It was a debate, and the candidates that showed up faced tough questions on party platforms and personal beliefs.

After the debate, I stayed for an information session about a proposed waste separation facility and about the endangered species that can found in our precious forests.

I learned a lot attending the meeting that day. Simcoe County’s forests are home to thousands of species, and, unfortunately, some of them are at risk.

An independent report on this plot of land showed the various animals and plants found in our forests and highlighted species like the Jefferson salamander, western chorus frog and the little brown bat.

You might have guessed by now that the beautiful spot we stumbled across for a hike Sunday is the planned site of the waste separation facility.

This grand forest will be transformed, roads will be paved to accommodate hundreds of rumbling trucks, and a large industrial building will be erected to accommodate the needs of this plant.

A UN study released this week highlighted the millions of species currently at risk in our world, and stressed the urgent need for our governments and business communities to address climate change.

We need our elected leaders to take notice and consult with experts and Indigenous leaders so we can come up with meaningful solutions.

As a labour representative and activist, I know how hard it is to stand up every day and fight for what you believe in. I have to say thank you to everyone in our community who are fighting on behalf of the environment.

There is an increasing amount of environmental activism taking place.

People are fighting to protect important groundwater resources in the Elmvale area, concerned citizens are speaking up about the health of our forests, people are coming together to reduce Lake Simcoe’s phosphorous levels, and children are gathering each week in downtown Barrie to take part in Future for Friday rallies, bringing attention to our changing climate.

Even this Saturday, a community gathering will take place at Springwater Park to mark the 10-year anniversary of the fight against Site 41, a planned landfill site. That fight brought together many concerned citizens, Indigenous leaders and environmental activists. They fought against the project and they won.

Reflecting on the beauty of nature, as we finished our hike, I was interrupted by the familiar sound of a woodpecker, busy looking for food. It clung to a tree on the edge of the trail and didn’t seem bothered at all as I lifted Ani up for a closer look.

My hope is that we will have the political will and courage to make the shift toward a sustainable future, so that one day my daughter will be able to walk in these forests with her children, listening to the sounds of nature and enjoying all the wonderful resources our region has to offer.

LETTER: Class size, not salaries, key issue in education battle
Feb 9, 2020 9:30 AM
Comments
We welcome your feedback and encourage you to share your thoughts on this story. We ask that you be respectful of others and their points of view, refrain from personal attacks and stay on topic. To learn about our commenting policies and how we moderate, please read our Community Guidelines.