LETTER: Do we want a 'small-town or big-city' waterfront?

Letter writer says 'the new park will have no attraction for, nor resemblance to, what people are at the present using the park for'
0
Jan 23, 2020 12:30 PM By: OrilliaMatters Staff 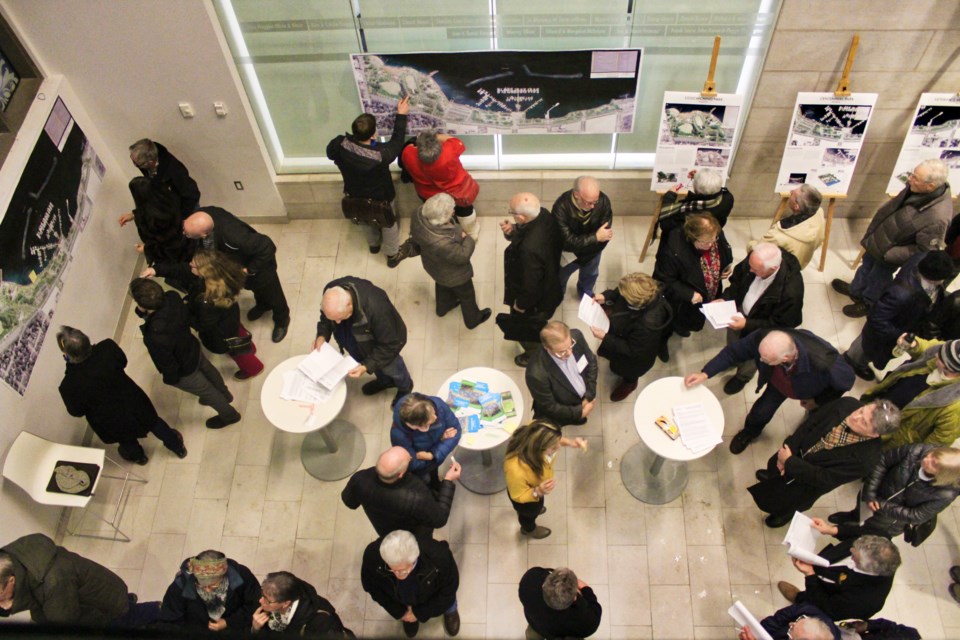 Display boards were set up in a section of the library during the open house. Nathan Taylor/OrilliaMatters

OrilliaMatters welcomes letters to the editor. This letter is in response to a public meeting held earlier this week about waterfront plans.

The City of Orillia held an open house on Jan. 21, looking for comments on the Downtown Waterfront Parkland redesign.

The plans showed two basic concepts and also showed, while not part of this public process, what else the city plans for the vacant lands in the area
including the Coldwater Road extension.

The proposed plans are both, from physical and financial viewpoints, ambitious and there will be very little left of the present atmosphere.

Both designs together with adjacent development will create a high-density park and land use. It is what municipalities have created in places like Toronto and Winnipeg, but has little in common with the small-town Muskoka feeling.

In other words, the new park will have no attraction for, nor resemblance to, what people are at the present using the park for.

This raises the question Orillians should ask themselves: Do they want a "small town" or a "big town" waterfront.

LETTER: Class size, not salaries, key issue in education battle
Feb 9, 2020 9:30 AM
Comments
We welcome your feedback and encourage you to share your thoughts on this story. We ask that you be respectful of others and their points of view, refrain from personal attacks and stay on topic. To learn about our commenting policies and how we moderate, please read our Community Guidelines.