Province's plan for Lake Simcoe 'a short-sighted and unimaginative economic development scheme that benefits developers and landowners,' says official
Apr 13, 2021 11:30 AM By: Letter to the Editor 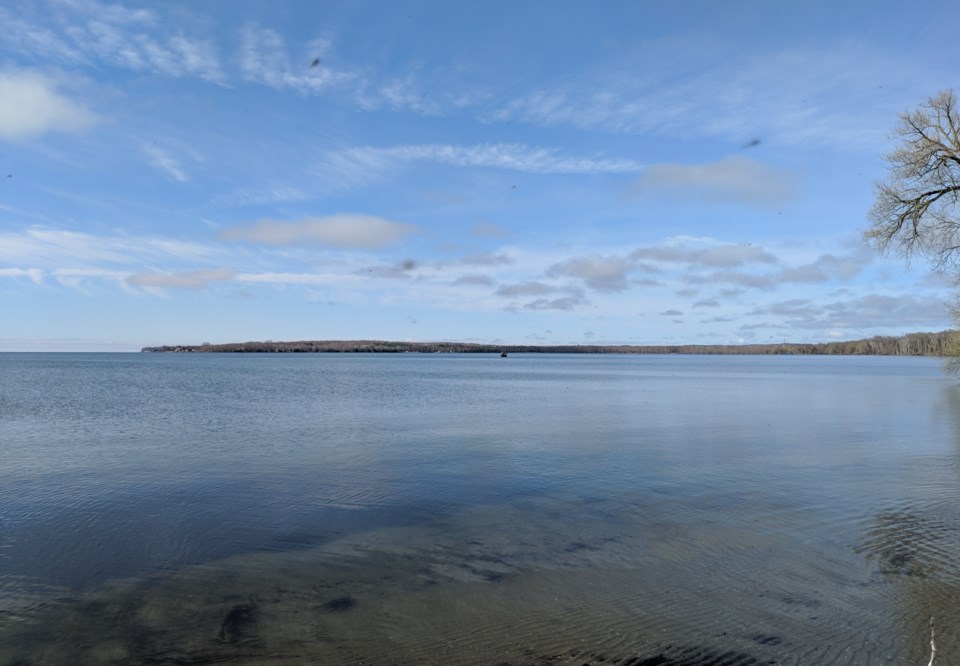 OrilliaMatters welcomes letters to the editor at dave@orilliamatters.com The following letter is in response to a story titled 'Province wants to make 'evidence-based' decisions on projects impacting Lake Simcoe, says MPP' published on April 8.
*************************

Barrie-Innisfil MPP Andrea Khanjin seems genuine in her concern for Lake Simcoe, but she continues to speak half-truths that are fundamentally unhelpful for Lake Simcoe.

Despite many attempts to educate MPPs and the Minister of the Environment, this pattern has not stopped. This letter is another attempt to provide the public with accurate information.

There are two comments made by MPP Khanjin that are misleading as they are and deserve a fuller explanation:  1: “Although phosphorus loads have been high in recent years, phosphorus concentrations in the lake have been consistently low. ... The amount of algae in the lake has also decreased since 2009.” And 2: “… improvements are being seen in dissolved oxygen levels in the lake’s deep waters, which will help support a self-sustaining cold-water fish community in the long term."

1. Phosphorus, algae and oxygen levels: The reasons oxygen and algae indicators are improving are mysterious and are practically rewriting the limnology textbooks, upending long-held theories of lake dynamics. Dr. Brian Ginn, the Lake Simcoe Region Conservation Authority's "Lake Doctor," has talked about the theories being explored that could explain why dissolved oxygen is going up (good) while phosphorus loads are going up (bad). Until now, the pattern had always been that excess phosphorus reduces the available oxygen in water through eutrophication. Now at Lake Simcoe the reverse is happening.

So what are the theories? In Ginn's presentation at the Ministry of the Environment, Conservation and Parks (MOECP) 2021 Lake Simcoe Science Forum, Investigating the Disconnect Between Phosphorus Loads and Deepwater Dissolved Oxygen, he suggests that invasive species may be responsible for this unexpected outcome. Invasive plant starry stonewort absorbs phosphorus in the water. The reduction in algae may be attributed to the filtering/eating habits of the invasive quagga mussels and round gobies that eat the mussels. Invasive species are not helpful for the overall health of the lake even if they may be supporting some slightly positive trends.

2. A self-sustaining cold-water fish community: Not one scientist in the science forum claimed that a self-sustaining cold-water fish community was possible or likely. Quite the opposite. Another scientist, Scott Lister, explains in his take-home messages: "Species invasions are having a large effect on fish population trends. Spiny water flea and Dressenid mussels predicted to substantially slow the recovery of lake trout." Most cold-water fish caught are old and their young are not surviving at encouraging rates.

MPP Khanjin was at the science forum. She knows that telling people that indicators are better without explaining that the very invasive species that are upsetting the lake's food web are likely responsible, is telling a half-truth.

If the government of Ontario is so confident in their interpretation of Lake Simcoe's science, the MOECP should post all of the presentations made at the Lake Simcoe Science Forum on the MOECP’s Lake Simcoe website. Otherwise, we conclude that they do not want people to understand what is really happening lest their grow-everywhere-at-all-costs philosophy could be exposed for what it is: a short-sighted and unimaginative economic development scheme that benefits developers and landowners, and hurts Lake Simcoe, and the economy and people that depend on it.