Annual Take a Vet to Dinner is a 'beautiful' event: Veteran 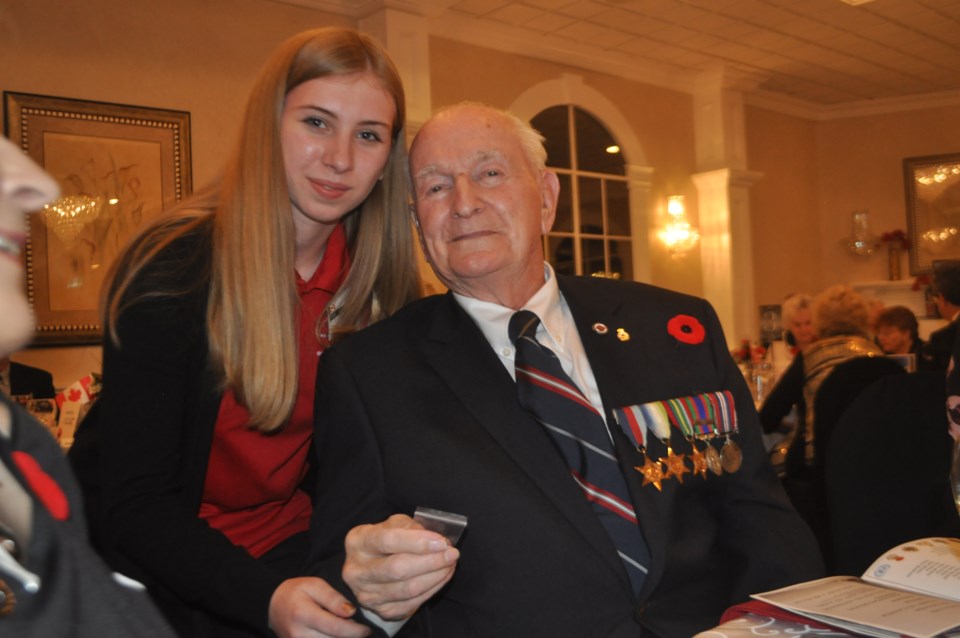 It might seem like a small gesture compared the sacrifices made by soldiers, but the annual Take a Vet to Dinner event is appreciated by the men and women who served their country.

“It brings up a lot of old memories. It’s beautiful,” said Harold Rowden, who has been to most of the dinners in Orillia.

During the Second World War, Rowden was a dispatch rider with the 13th Field Regiment. He and four of his five brothers served in the war.

It’s important to acknowledge veterans and remember the conflicts more than once a year on Remembrance Day, Rowden said, noting Take a Vet to Dinner is another way to raise awareness.

“The whole world should know that these wars have got to stop. We have a beautiful country and we want to keep it that way,” he said.

Like Rowden, Rick Purcell has attended most of the events. He is now the chair of the committee, which is preparing for this year’s 15th annual dinner that will take place Oct. 26 at the Best Western Plus Mariposa Inn and Conference Centre.

“The veterans gave up a lot for us,” Purcell said. “If we can do something to appreciate them for what they’ve done, we should. It’s a great cause.”

Earlier this year, local high-school students travelled to Europe to mark the 75th anniversary of D-Day. Some of them will be at the Oct. 26 event to share their experiences.

“It’s great that the high schools are taking this very seriously,” Purcell said.

The veterans in attendance will also get to interact with young members of the Air Cadets, who will be greeting them at the door, hanging up their coats and joining them for dinner.

“It’s very important for young people to be aware of what veterans went through,” Purcell said.

The veterans receive dinner at no cost. The cost for those taking them to dinner is $35.

OMAH shines spotlight on history, future of women's hockey
Jan 25, 2020 7:00 PM
Comments
We welcome your feedback and encourage you to share your thoughts on this story. We ask that you be respectful of others and their points of view, refrain from personal attacks and stay on topic. To learn about our commenting policies and how we moderate, please read our Community Guidelines.