Parks Canada defers return 'to allow for additional progress on the implementation of the Samuel de Champlain Monument Working Group recommendations'
Jul 23, 2020 10:46 AM By: OrilliaMatters Staff 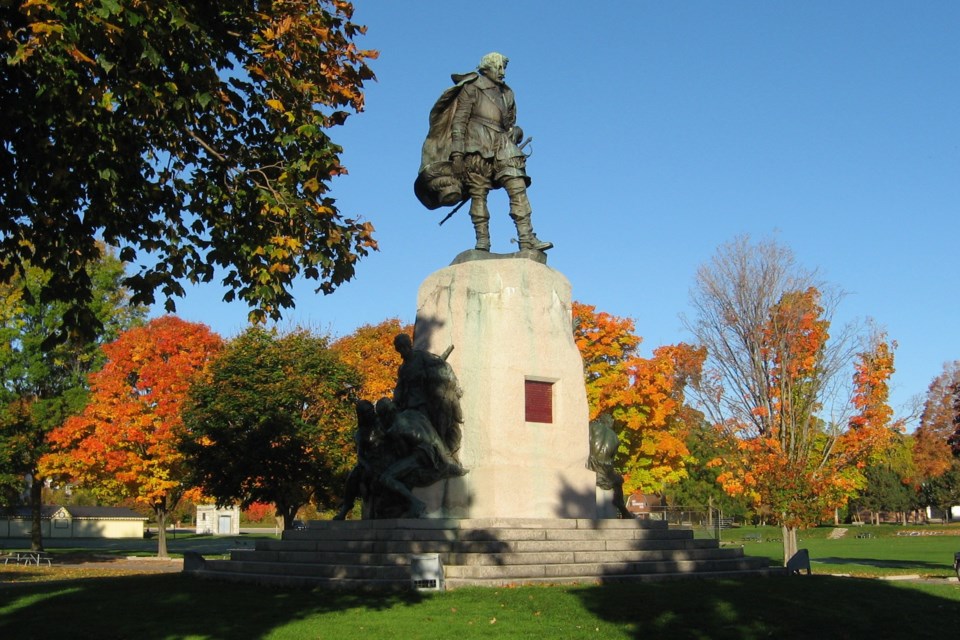 The Champlain Monument, before it was removed, is pictured.

The group had the mandate to pursue public consultation and to recommend to Council and Parks Canada an appropriate path forward for the Champlain Monument that is respectful and representative of both Indigenous and non-Indigenous perspectives.

The Final Report and Recommendations and Appendix of the Samuel de Champlain Monument Working Group was posted on the City of Orillia website (www.orillia.ca/champlain) on July 22, 2019, and accepted by Parks Canada the same day.

After further consideration and discussions with concerned parties, it has been determined that it would be appropriate and respectful to approach the implementation of these recommendations in a holistic manner.

The reinstallation plan is being deferred following more consultation and decisionmaking regarding the future interpretation and representation of the First Nations story, with the goal of honouring the past within the context of contemporary knowledge and wisdom.

Parks Canada remains committed to working with its partners to implement the recommendations of the Working Group, including the reinstallation of the statue of Samuel de Champlain.

Phase 2 of the consultation process will be reconvened in the coming weeks on a priority basis. Some minor cleaning work will take place on the site in the coming days to remove paint from the stairs.

The Government of Canada is committed to reconciliation and renewed relationships with Indigenous peoples, based on recognition of rights, respect, co-operation, and partnership.

Stanton questions timing of Champlain Monument's return
Jul 21, 2020 12:30 PM
Comments
We welcome your feedback and encourage you to share your thoughts. We ask that you be respectful of others and their points of view, refrain from personal attacks and stay on topic. To learn about our commenting policies and how we moderate, please read our Community Guidelines.