The announcement was made this afternoon after health officials noted an increase in blood clots linked to the vaccine
May 11, 2021 4:27 PM By: Erika Engel 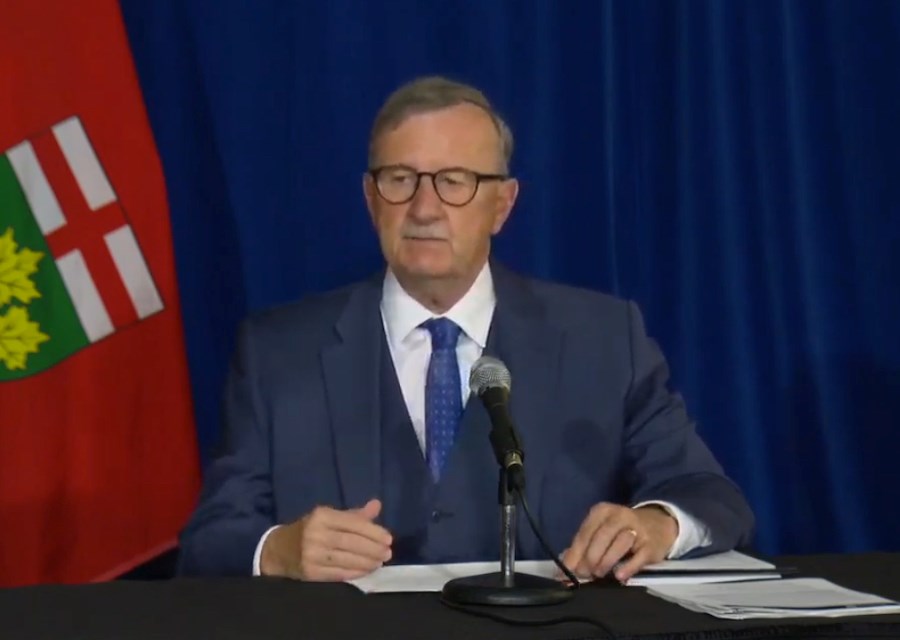 Ontario is pausing the rollout of the AstraZeneca COVID-19 vaccine in response to concerns about incidents of blood clots linked to it.

“This decision was made out of an abundance of caution due to an observed increase in the rate blood clotting condition called Vaccine-Induced Immune Thrombotic Thrombocytopenia (VITT) linked to the AstraZeneca vaccine,” said Williams.

“The important thing to keep in mind is how the vaccine safety system is really working in Ontario and Canada and that allowed us to recognize this safety signal.”

The COVID-19 advisory science table for Ontario released a report today on VITT following the two adenovirus vector COVID-19 vaccines (AstraZeneca and COVISHIELD) comparing the incidence rates of several countries with Canada’s rates. The report estimates the VITT rate from AstraZeneca and COVISHIELD in Canada is about one per 100,000 doses. Both Williams and Hopkins said the decision was also partly influenced by the change in the COVID situation in Ontario.

“The decision to pause is also based on the increased and reliable supply of the Pfizer and MOderna vaccines and also the recent downward trend in cases,” said Williams.

“We maintain that those who received their first dose of AstraZeneca did absolutely the right thing to prevent illness and to protect their families, loved ones, and communities. Those who have had one dose of AstraZeneca can expect further instructions soon from the province," according to Williams.

“We hope to have those answers in a few weeks,” he said. The province is seeking direction from the National Advisory Committee on Immunizations about whether people can get a second dose of a different vaccine after receiving one dose of AstraZeneca. So far, research from the UK shows a significantly reduced risk of VITT from the second dose of AstraZeneca, according to Williams.

To-date, 651,012 doses of AstraZeneca have been administered in Ontario, and another 202,873 doses of the COVISHIELD vaccine. Dr. Huyer confirmed there are about 50,000 remaining doses in the Ontario supply.

Erika regularly covers all things news in Collingwood as a reporter, photographer and community editor. She has 12 years of experience as a local journalist.
Read more