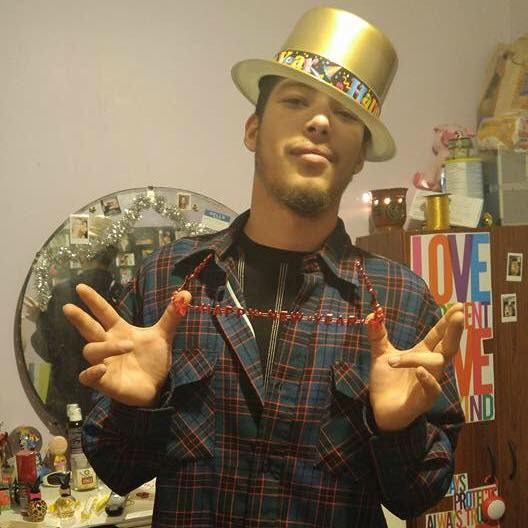 Throughout Sonny Brokenshire’s five-hour interrogation by OPP back in June of 2017 concerning the death of Joe Simonds, Brokenshire never mentioned Brian Quesnel’s name.

The reason? He was afraid.

The cross-examination of Brokenshire by defence council for Martin Forget and Brian Quesnel went more in depth on Tuesday, starting with video of a June 7, 2017 police interview of Brokenshire.

Forget and Quesnel are charged with first-degree murder in the shooting death of Simonds in a south-end Orillia neighbourhood.

Although initially charged with first-degree murder as well in relation to the crime, Brokenshire made a plea deal in January to the lesser crime of conspiracy to commit murder in exchange for testifying.

To read about the first day of testimony from Brokenshire outlining the series of events that led up to the shooting, click here.

Assistant Crown attorney Michael Flosman asked Brokenshire Tuesday why he never mentioned Quesnel’s name in any of the statements he provided to police.

“Part of it was I was afraid of Brian,” said Brokenshire. “I thought, if he could point a gun at me and I was someone he didn’t even know — he’s relentless.”

According to a line of questioning presented by Flosman, Brokenshire was picked up by OPP on June 7, 2017 after returning from Dairy Queen in Orillia. He made an initial statement over the course of four hours to police, at the end of which he was detained. He then made a final statement on June 8 that took approximately an hour.

“Right from the get-go, my anxiety levels were really high,” testified Brokenshire. “A lot of thoughts were going through my head.”

In the tape, Brokenshire is seen telling police he had no involvement in the death of Simonds.

“Do you know who killed Joe?” asks the officer on the tape.

“No, I don’t,” said Brokenshire. “I know a lot of people weren’t happy with him.”

“Did you have any involvement in Joe’s death?” asked the officer.

“No. I couldn’t even imagine doing something like that,” said Brokenshire.

In court on Tuesday, the defence attorney for Martin Forget, Alan Brass, pushed Brokenshire on the discrepancies between the statements he gave to police in June 2017, and the statements he provided in his plea agreement and on the stand this week.

“You were lying at the time?” asked Brass.

“Yes. I was lying — but the main reason was I didn’t want any of us to go through this,” said Brokenshire.

Brass asked why Brokenshire changed his story when he was caught in lies by the police.

“There were many reasons. I wasn’t sure what I was getting myself into when I started telling the truth,” said Brokenshire. “I knew I was the first person arrested out of the three of us.”

Brass spent the first half of the day on Tuesday going through Brokenshire’s initial statements to police, pointing out all the instances of lies and half-truths.

“You were picking and choosing what you thought was going to be advantageous to you, correct?” asked Brass.

“Yes,” said Brokenshire. “I said a lot of things in those statements. Some were true, some were half-truths, some were lies.”

Brass asked Brokenshire whether he believed the allegations of sexual assault between his three-year-old daughter and Simonds were true.

“I started out believing it, but eventually, I stopped,” said Brokenshire. “That’s why I stopped looking for him after that month.”

Brass also focused on the plans made ahead of Simonds’ death, and what those plans exactly were.

“So, the plan was for you all to go over there to beat the shit out of him?” asked Brass.

“There was no agreement to kill him?” asked Brass.

“There was talk about it — lots of talk — but no agreement that I knew of,” said Brokenshire.

Both Brass and James Harbic, defence attorney for Brian Quesnel, went through a series of threatening Facebook messages and text messages sent between Brokenshire and Simonds in the weeks leading up to Simonds’ death, which Brokenshire later deleted from his phone but were recovered by a forensic expert.

“You were escalating this war of words between you two,” said Harbic. “Why did you delete them?”

“I got rid of a lot of messages between Joe, others and myself. I just wanted to put it all behind me,” said Brokenshire.

Brokenshire pleads guilty to conspiracy in Franklin Street shooting death
Feb 7, 2020 7:30 AM
Comments
We welcome your feedback and encourage you to share your thoughts. We ask that you be respectful of others and their points of view, refrain from personal attacks and stay on topic. To learn about our commenting policies and how we moderate, please read our Community Guidelines.