Bus driver plans to pay off mortgage with scratch-ticket windfall 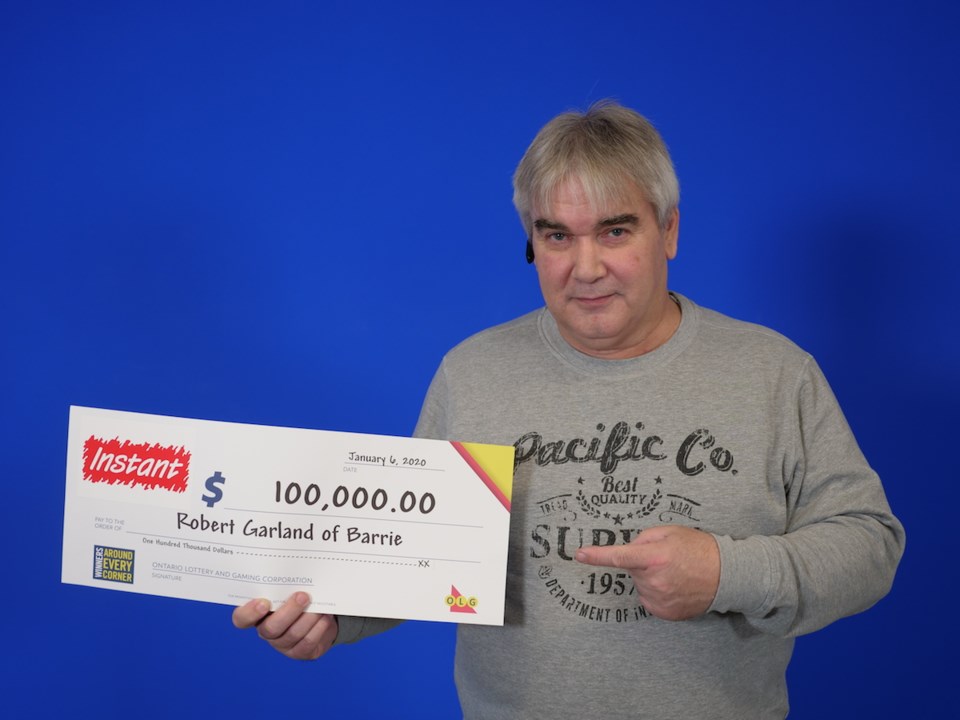 Robert Garland of Barrie is excited after winning a $100,000 top prize with Instant Holiday Winnings (game #2164).

"This feels great," smiled Robert, a transit driver, while at the OLG Prize Centre to pick up his cheque.

"I scratched the ticket at the store, and then scanned it to double check I had won," said the 54-year old married father of two.

This is a first-time major win for Robert.

Robert plans to pay off his mortgage.

The winning ticket was purchased at Circle K on Highway 26 in Stayner.

LETTER: Diverse Canada needs a more modern electoral system
Jan 25, 2020 3:45 PM
Comments
We welcome your feedback and encourage you to share your thoughts on this story. We ask that you be respectful of others and their points of view, refrain from personal attacks and stay on topic. To learn about our commenting policies and how we moderate, please read our Community Guidelines.