Miss Jones Cannabis Co. application to operate downtown still pending; 'I’m not against marijuana shops at all, but I don’t think they belong on the main street,' says Coun. Ralph Cipolla
May 25, 2020 1:45 PM By: Nathan Taylor 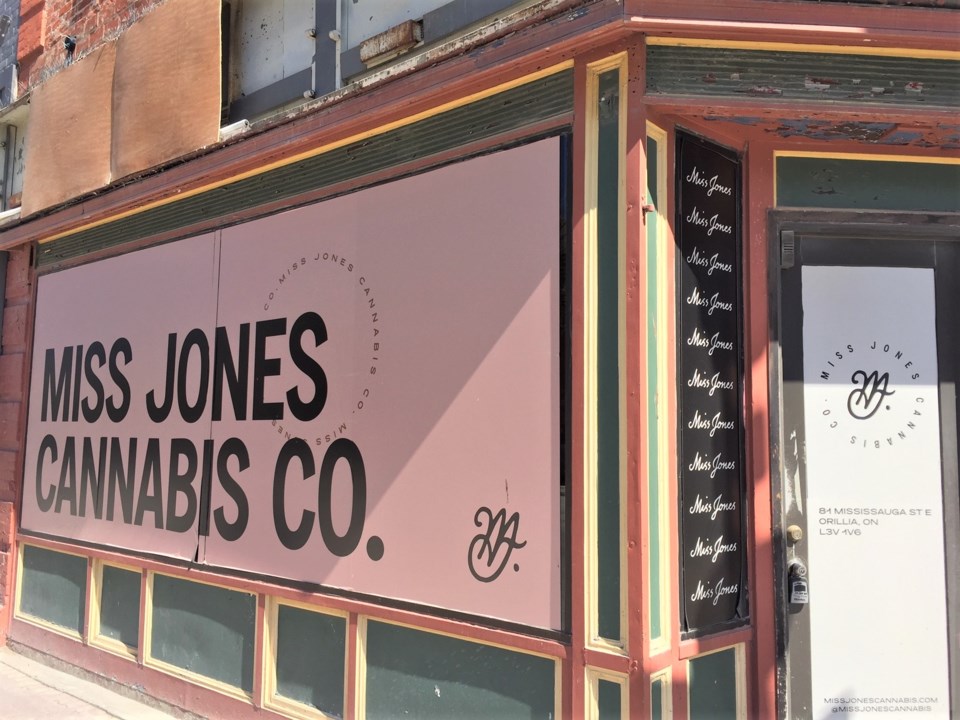 Miss Jones Cannabis Co. has applied for a licence to set up shop at the corner of Mississaga and Peter streets in downtown Orillia. Nathan Taylor/OrilliaMatters

It’s hard to miss the large signs on a building at Mississaga and Peter streets advertising a cannabis company, but the business has not yet been given the go-ahead to open.

The City of Orillia has confirmed the Alcohol and Gaming Commission of Ontario is processing an application from Miss Jones Cannabis Co. to set up shop downtown, but when that decision will be made is not known.

Little is known about the company, and a representative has not yet responded to an interview request.

The potential for a cannabis shop downtown has prompted calls from more than 20 concerned residents, said Coun. Ralph Cipolla.

“The signage is what really flips everybody out,” he said, noting it is not in compliance with the city’s sign bylaw.

The Downtown Orillia Management Board (DOMB) has been in contact with the company and has been told the signage is temporary.

Cipolla would rather see the business open off of the main street.

“I’m not against marijuana shops at all, but I don’t think they belong on the main street. A side street would be more appropriate,” he said. “If my grandkids, who are very young, go by, I’ve got to explain to them what it is. I worry about the children who are under age and have never experienced it.”

With a good stretch of the downtown core on Mississaga Street being bookended by methadone clinics, and now with the possibility of a cannabis shop setting up between them, “we need to be careful,” said Cipolla, who has run a business on the main street for almost 50 years.

“The main street is the heart of any community,” he said. “I was against (the methadone clinic) because it belongs in a hospital, not on the main street. There’s a place for everything, and some places are not meant for the main street.”

DOMB chair Michael Knight said the board has not yet discussed the cannabis shop at a meeting and he said he has not received any calls from people who are against it. There’s not much the DOMB could do, anyway.

“We can’t control who opens up downtown,” he said, but added he wouldn’t want to see more than one cannabis shop on the main street. “We only need one if we’re going to have any.”