'I was losing a lot of profit and business (due to COVID) and it became really hard to pay the bills,' laments former owner of Orillia Country Style
Mar 4, 2021 7:00 PM By: Tyler Evans 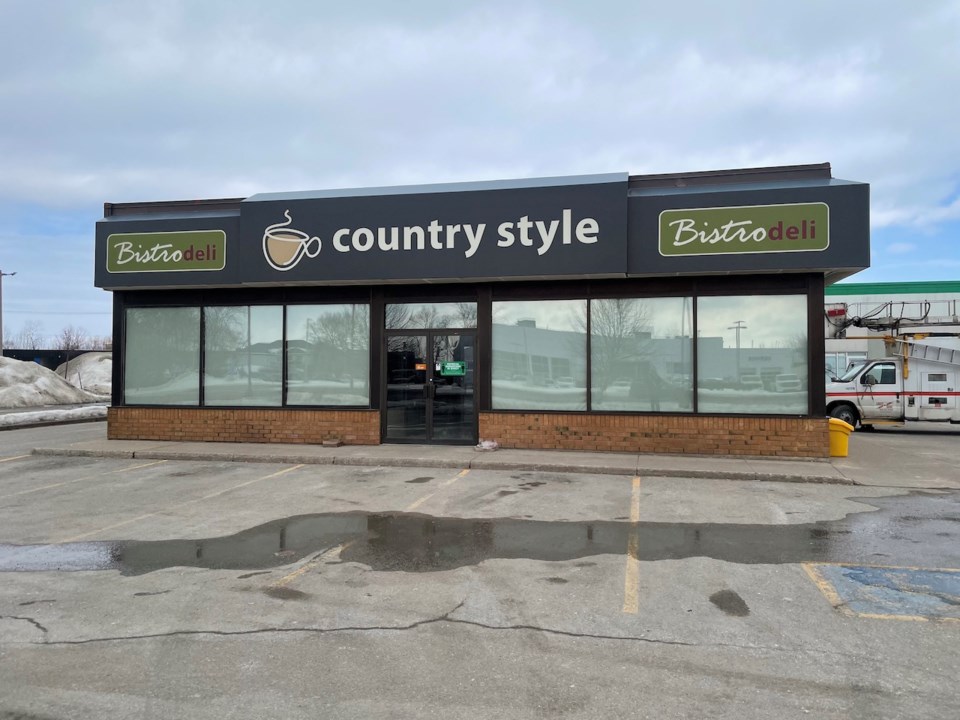 The Orillia Country Style on Atherley Road is transitioning into a Starbucks. Tyler Evans/OrilliaMatters.

The Country Style at 140 Atherley Rd. closed its doors on Sunday to make way for a new Starbucks.

Former Country Style owner Nirmal “Raj” Patel says there were three factors involved with him closing down his business after 10 years of operation.

“My lease was up, my franchise agreement was up, plus we are still dealing with COVID, which is the main factor,” Patel said.

“My landlord was being nice and was letting me go month to month with rent, but it’s been almost a year now and COVID is still going on. I was losing a lot of profit and business and it became really hard to pay the bills," he lamented.

Recently, Patel’s landlord came to him and said Starbucks was willing to take over his location. After some consideration, Patel decided to cut his losses.

“We were getting a little bit of help from the government, and we had a choice as to if we wanted to stay open or not, but with COVID I didn’t know how things would play out in the future,”

Patel says it saddens him to let go of his business that thrived for a decade.

“We had a lot of new customers throughout the years, and a lot of regulars, but after the COVID situation and the construction on Front Street that began in 2018, it was three years in a row of one thing after another," he said.

"It was at a point that I had to put my personal finance into the business, and I wasn’t ready for that,”

Patel says he will be back in business in Orillia once the pandemic has passed.

“My future plan is to open a breakfast dining place here in town. I talked to some of my regulars and I’ve told them while I am moving away from Country Style, I will be taking a short break and then re-opening my business adventures in the early part of 2022,” he said.

Gordon Launchbury, a regular customer at Country Style, says he will miss the exceptional customer service that the coffee shop always delivered.

“It was a down-to-earth type business and they treated everyone with respect,” Launchbury said.

“If you ordered a coffee and a donut or a sandwich you always got the coffee immediately and then they would bring the food over to your table ... the service was just exceptional.”

Launchbury says Country Style was a popular meet-up place in town where many locals liked to socialize.

“It was the kind of place you could go sit down and have conversations. You were never moved along, they always let you stay there as long as you wanted,” he said.

Launchbury isn’t sure if the regulars from Country Style will stick around to support the new Starbucks.

There is also a Starbucks in west Orillia and as we reported in December, a new Starbucks will also be built on Memorial Avenue, beside McDonalds.