Council has to play 'catch-up' after not increasing tax levy in 2021; figure could change during November budget talks
Jul 20, 2021 7:00 PM By: Nathan Taylor 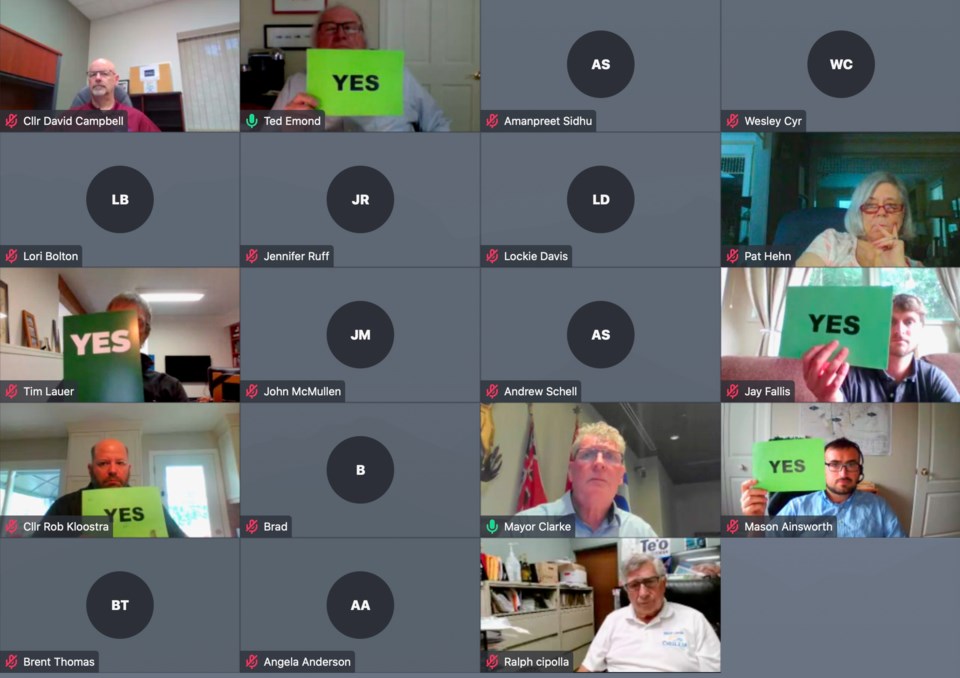 After a year without a hike in the tax levy, city taxpayers could be facing at a 3.5 per cent increase for 2022.

Staff had recommended 2.75 per cent — the smallest of three options presented at a budget committee meeting Tuesday — but council members opted for the largest.

Council pulled from the tax stabilization reserve to prevent a tax increase in 2021. It will not be drawing from that reserve for the same purpose for 2022.

Coun. Pat Hehn argued against a 3.5 per cent increase, saying residents and small businesses have been hit hard during the pandemic.

“I don’t want them to be hit with a really big tax increase,” she said, adding she was also concerned about seniors on fixed incomes.

Emond said he hasn’t met a homeowner in Orillia who wants a tax increase.

“I continually hear the argument that we have all these fixed-income residents who cannot afford an increase,” he said.

“The general statements that are made I don’t think serve us well unless they are substantiated by a sense of magnitude,” he said.

He was told staff could gather that information from the latest census, from 2016.

Councillors Mason Ainsworth and Tim Lauer supported the 3.5 per cent increase, with both saying there would be an opportunity to lower that figure during budget deliberations in November.

Monday’s meeting was meant to direct staff to prepare a draft 2022 budget “to address inflationary and other economic pressures with a maximum tax levy increase of 3.5 per cent,” as stated in the final motion.

Council members also got a look at plans for roads and infrastructure in 2022.

Coun. Ralph Cipolla wanted to significantly increase that budget to allow for work on more roads, saying it’s one of the main concerns he hears from residents.

“I think people are frustrated with us, as councillors, that we cannot keep our roads in good condition. We have a responsibility and I think we’re neglecting that responsibility with our roads,” he said.

Wesley Cyr, manager of engineering and transportation, said the city’s resources are limited and that roads staff are already stretched.

“If we need to hire more people to get this done, let’s do it,” Cipolla responded.

Mayor Steve Clarke noted the roads budget has increased by 250 per cent over the past five or six years and that the number of roads in better shape has increased despite the creation of new roads during that time.

He said he knows there are other roads in need of repair, but added, “the reality is we just cannot do them all at once.”

The issue of spring street cleaning following sanding in the winter was also discussed Tuesday.

In response to concerns from residents, Lauer asked staff in June to report on potential enhancements.

Currently, different roads are swept annually on a rotating schedule. If all roads were to be swept every spring, staff noted, additional funding would be needed to increase the number of contracted workers.

Using the rotary brush method of street cleaning would require a one-time cost of $125,000 to purchase brush attachments and about $120,000 in operating costs. Staff expect the sidewalks could be cleaned within three to five weeks.

If council wants the vacuum method, a one-time cost of about $350,000 will be required for two sidewalk cleaning units, as well as approximately $120,000 in annual operating expenses. Staff believe the sidewalks could be cleaned within four to five weeks using that method.

Kyle Mitchell, manager of source protection and operations, said there would be benefits of starting the street cleaning earlier. He estimated doing so would allow the city to capture 60 to 70 per cent of the sand used during the winter. Currently, about 40 per cent is collected, as well as a certain amount captured during dredging at the Port of Orillia.

“If we can get it before it gets to the port and into the storm sewers, that would benefit the storm system in the future,” Mitchell said.

Council will delve further into budget details when deliberations begin in mid- to late November.

The plan is to ratify the budget Dec. 6.