Development will bring 'high-quality aerospace jobs' to the region and advances 'plans to make (airport) a key driver of our regional economy,' warden says
Jun 3, 2021 12:30 PM By: OrilliaMatters Staff 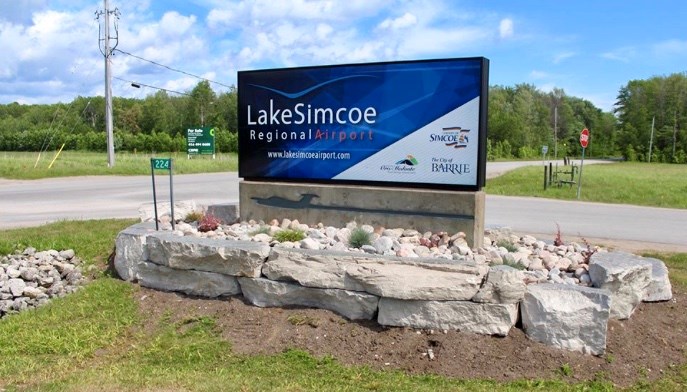 NEWS RELEASE
COUNTY OF SIMCOE
*************************
One of the county’s newest employers is already taking flight, announcing new manufacturing contracts that reinforce its planned growth and job creation in Simcoe County.

Volatus Aerospace, Inc., which in March 2021 announced it would be moving some of its operations to the Lake Simcoe Regional Airport employment lands, has formed an agreement to build up to 1,200 FIXAR VTOL drones at the LSRA manufacturing facility.

This new agreement will reinforce the company’s investment in manufacturing space at the airport and lead to high-quality aerospace jobs in Simcoe County. Volatus will also be developing their other proprietary aircraft systems including the Velos and Vedette.

“We are thrilled that Volatus will be manufacturing these innovative drones right here in Simcoe County,” said Warden George Cornell. “When Council approved the proposal from Volatus Aerospace to move to the LSRA and create local jobs, we were excited about the possibilities. With this development, it brings many of those possibilities to fruition and advances our plans to make the LSRA a key driver of our regional economy.”

The Volatus Aerospace Centre of Excellence was brought to the LSRA earlier this year with support through the County's LSRA Aerospace Development Fund approved by County Council. The initial investment by Volatus Aerospace was anticipated to generate 17-20 high paying jobs in the aerospace sector, helping to transform the LSRA into an economic and innovation hub, creating strong synergies and encouraging further sector/industry development while enhancing talent attraction to Simcoe County.

Volatus Aerospace has accelerated their plans to grow their company’s labour force in the County of Simcoe, bringing approximately 20-25 high paying jobs in the community.

"I am delighted to be joining Volatus Aerospace during such an exciting time," stated Andy Buck, Vice President for Volatus Flight Systems. "I look forward to introducing our proprietary systems to the market and helping grow our reach internationally. It’s rewarding to see so much investment in my hometown."

In January 2020, the county became the majority shareholder of the Lake Simcoe Regional Airport (LSRA), with a 90 per cent ownership stake, and is leading investment initiatives to help propel the airport forward.
In addition to the Volatus Aerospace project, the ongoing investment in the LSRA strategic plan has supported the progression of the MediCA Park development and the Oro Station Automotive Innovation Park development, both adjacent developments to the LSRA that utilize airport services.
The county has completed the first phase of an investment of more than $3.5 million towards widening the LSRA runway from 100 ft to 150 ft, and other upgrades including LED high intensity runway lighting.
The widening is expected to be completed in summer 2021. Future phases of the airport’s expansion include a proposal to lengthen the runway from 6,001 ft. to 7,000 ft., which will allow for larger aircrafts to utilize the airport. The County continues to make other strategic investments to enhance airport operations and support the needs of key industries in the area.
*************************