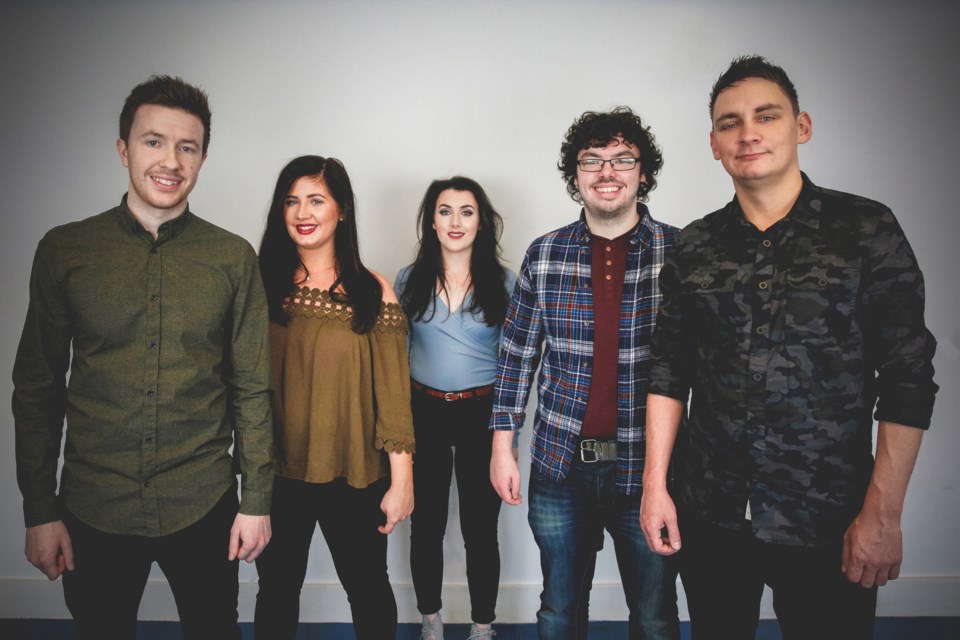 This Sunday, Aug. 26, marks the much-anticipated return of Irish sensations Connla, who will be the third and exciting finale concert in the Midland Cultural Centre's "Irish Invasion" series.

"A new musical powerhouse is among us. It is from Northern Ireland, and it is Connla. Wow!" (Irish Music Magazine)

Hailing from the cities of Armagh and Derry, Connla is made up of Ciara McCafferty (vocals), Ciaran Carlin (flute/whistles), Paul Starrett (guitar), Emer Mallon (harp) and Conor Mallon (uilleann pipes/whistles). Labelled as the Hottest New Group out of Northern Ireland (Chicago Irish American News), they have quickly been making an impact on the folk/traditional music scene. Since the release of their EP in April 2015 and the album River Waiting in July 2016,  they have received fantastic reviews at home and internationally and have already gathered a big following in the U.K., Ireland, Europe and the U.S.A. Songlines Magazine named Connla its “must-see act” for their tour of the U.K. and stated, “A band this young shouldn't be this good.” Their sensitive and innovative arrangements of traditional and modern folk songs and tunes have helped them create a sound that is very identifiable as Connla.

For more information about the band and online ticket ordering, visit http://www.midlandculturalcentre.com/page.php?pageType=events&eventId=100046928.