Councillors want Orillia to have more representation on proposed new board; 'The majority of calls come to the Orillia area. Orillia should have a majority say'
May 3, 2021 7:26 PM By: Nathan Taylor 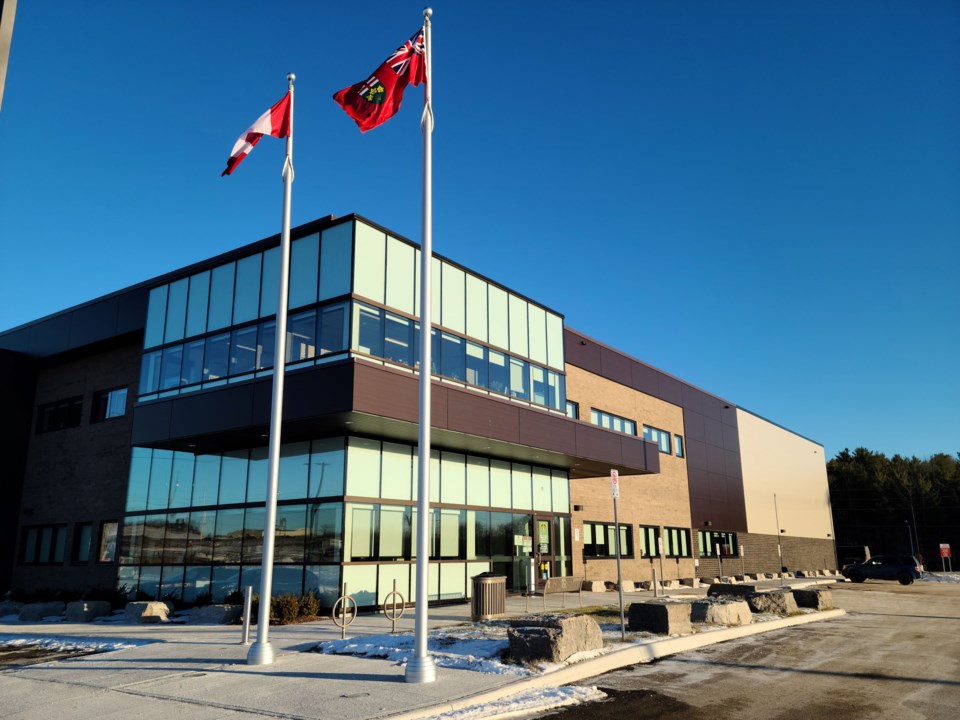 Orillia politicians want the city to have more representatives than surrounding townships on a revamped police services board.

On Monday, council committee rejected a recommendation from the Orillia Police Services Board (OPSB) that would see the board go from five to 10 members.

The province’s Ministry of the Solicitor General is requiring municipalities served by OPP to recommend a composition of their police services boards and submit it to the ministry for approval by June 7.

At its meeting April 23, the OPSB voted in favour of moving to a 10-person board that would include one elected representative and one community representative from each municipality policed by Orillia OPP (Orillia, Oro-Medonte, Ramara and Severn), as well as two provincial representatives appointed by the Lieutenant Governor in Council.

The townships currently have no representatives on the OPSB and the recommended change was intended to address that.

However, some councillors wanted to see proportionate, not equal, representation.

“I can’t think of how I could possibly explain to my constituents that we’re paying 55 per cent of the cost of the detachment and have only 25 per cent of the influence on the board,” said Coun. Ted Emond.

“Urban policing is different in its demand and its requirements than rural policing.”

Coun. Tim Lauer agreed, saying the motion recommended by the OPSB “just makes no sense to me at all.”

“We are paying the majority of the bill,” he said.

He is in favour of the board having representation from the townships, but he worried the recommended 10-person board could be “setting up a situation where ... the tail could be wagging the dog.”

“The majority of calls come to the Orillia area,” he said. “Orillia should have a majority say.”

He said the city’s needs “are greater than all the other three municipalities put together.”

Coun. Mason Ainsworth felt it was time for change at the OPSB.

“Since we don’t have a specific Orillia police force anymore … it’s important that we don’t just think about Orillia when it comes to policing,” he said. “The reality is police do go outside of Orillia as well.”

As part of the board changes, the Ministry of the Solicitor General requires members to be objective and not work to advance any agenda for a particular municipality.

“We need to give people a little more credit,” Amanpreet Singh Sidhu, the city’s general manager of corporate services, said of people who will serve on the board. “They will be looking to further the interests of all people within the detachment (area).”

“I must commend Amanpreet’s optimism about the degree to which our township and city representatives will operate on the best interest of all,” he said, but added that hasn’t been his experience in recent years when it came to seeking support for Orillia’s library and recreation centre, as well as costs of providing transit to the Orillia Square mall in Severn.

“In every case, the townships have opted for their own view of what is their best interest for their own political jurisdictions.”

Emond doubted that would change with the new police board.

“I’ve seen a lot of these amalgamations and situations like this. They almost always start out warm and fuzzy,” but that eventually fades, he said.

Council committee voted for Option 2, which would see a nine-person OPP detachment board established “with proportionate representation from the City of Orillia as well as the townships of Oro-Medonte, Ramara and Severn determined based on the cost of policing for each municipality.”

However, if the townships don’t adopt the same option, city staff will be directed to propose a standalone Orillia police board, with a secondary board for the townships.

Coun. Pat Hehn, when she was with North Simcoe Victim Services, worked out of the Orillia OPP building for 15 years and “saw how the officers worked in the detachment and how cohesive they are.”

A year after the new board is created, council will conduct a review to see how it’s been going. It could then ask the ministry to allow for a change in the board’s composition.

Monday’s decision will be up for ratification by council next Monday. The direction could change, as Mayor Steve Clarke will be speaking with the mayors of Oro-Medonte, Ramara and Severn in the meantime to find out what they think about the options.