One door came crashing down in April, creating near-miss; Flawed design has led to lost revenue and thousands of dollars in repairs
0
Jun 18, 2019 10:00 AM By: Dave Dawson 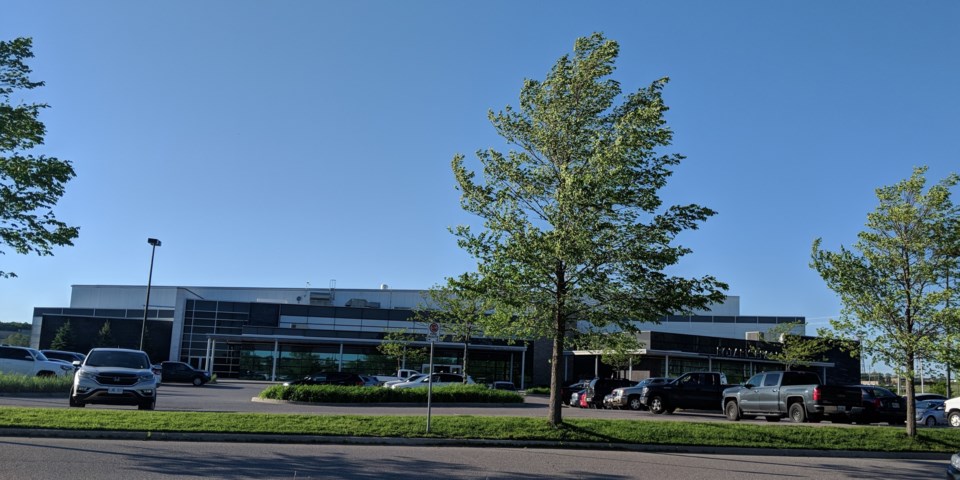 In April, the oft-repaired overhead doors that open to allow the ice resurfacer out on to the rinks, came down suddenly, resulting in a “near miss” health and safety incident report.

The incident underlined the problems with the system and prompted staff to petition city council this week to replace them.

On Monday, council committee approved spending $80,000 to replace the two overhead doors. The decision has to be ratified at Monday’s council meeting.

Staff told councillors Rotary Place has an overhead ice access door system on the corner of each ice surface due to the design of the building, which located the ice resurfacer room directly between the two ice rinks.

“This type of door system is unique in the industry as most arena doors are of a swing design (similar to Brian Orser Arena) or the door system resides on a flat section of the board system,” noted Marcia Russell, the city’s manager of parks and facilities.

“It is estimated that each door weighs approximately 1,500 pounds,” she noted. “During the ice season, the doors are used somewhere between 15 to 20 times per day.”

Over the past few years, the doors have failed a number of times, requiring multiple welds to fix the issues.

In 2019, the doors have broken down twice on each side, resulting in the cancelation of ice time and lost rental revenue of approximately $5,000, along with repair costs of over $6,000 in the last six months.

Over the past three years, the city has spent about $8,000 on repairs, annually, to the doors.

This year, temporary repairs have been completed by three different overhead door companies.

Each company recommended the doors be changed to a spring-operated overhead door.

The problem is the current door system is operated using counter weights that are affixed to the door using a rod with multiple welds, which creates weak points.

When the doors on the green rink “came down suddenly” in April, it was determined it was time to address the issue.

And time is of the essence. The ice cannot be re-installed until this issue is addressed.

The two overhead doors provide the only access for the ice resurfacers and are also part of the dasher board system. Without the doors, the ice cannot be installed.

Ice bookings are scheduled to begin on July 15.

As a result, council committee agreed to take $80,000 from the Major Capital Facility Maintenance Reserve, which has a balance of $1,183,000, to replace the doors.

The new design will move to a spring-loaded door system featuring a double spring design.

The design would reduce the load by 50% per spring, resulting in a longer life span, noted the report from staff.

In addition, the double spring system would provide a secondary safety measure if a spring were to malfunction; the second spring would be able to absorb the weight of the door and prevent it from falling to the ground.

Furthermore, a double spring door system is designed in such a way that the springs are visible. This would allow staff to conduct a daily visual inspection of the springs to ensure that wear and tear is noted and addressed as needed.

In the end, it was determined Athletica Sport Systems, the “leader in the dasher board industry”, was the only company that had the capability to do the work and the ability to do it before July 15.

Athletica installed an overhead door with a similar design in Port Perry that has operated without fail for 17 years.

Due to the tight timelines and the uniqueness of the doors, staff recommended the contract be awarded to Athletica Sport Systems.

“This is a non-standard procurement in order to ensure compatibility with the existing dasher boards and to provide the service by a specific date,” noted the report.

In the end, with just one brief question about selecting Athletica, councillors agreed.

If the decision is ratified Monday, work would begin almost immediately to replace the door on the green rink first as that is the rink which receives ice first.