Despite the relatively low cost of about $1,600, a majority of councillors did not support the plan to place bins at Tudhope and Couchiching Beach Park
Dec 7, 2020 12:30 PM By: Dave Dawson 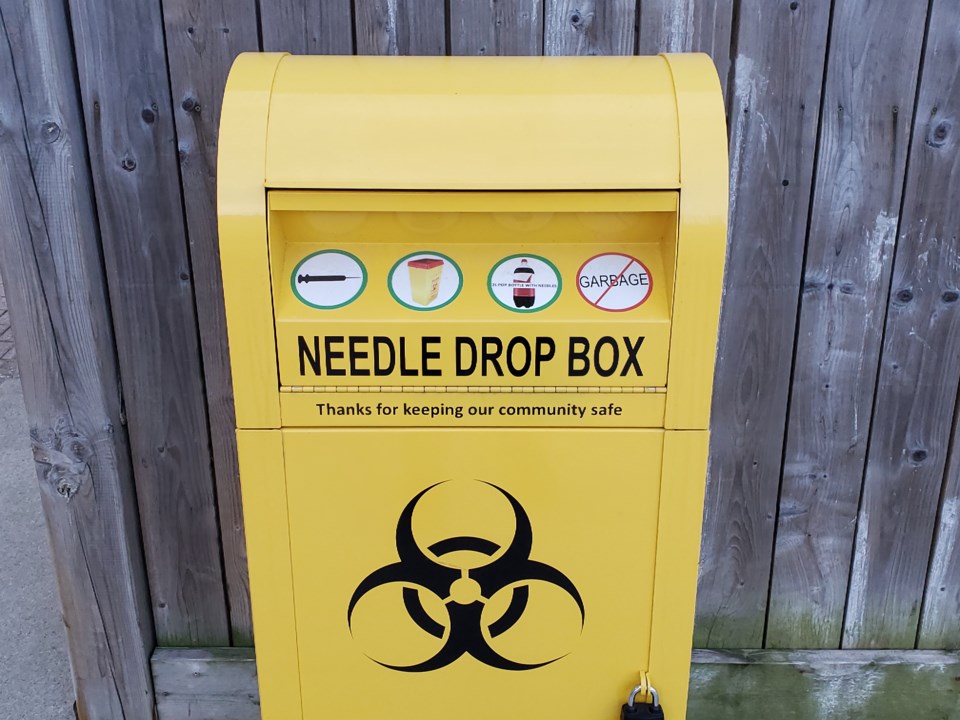 The city will not be installing needle disposal bins at its two busiest parks.

During budget deliberations, a majority of city councillors rejected the idea of spending $1,600 to purchase and install the bins.

Coun. Jay Fallis had suggested the idea earlier this year after a citizen told him that his family had discovered a discarded needle near a playground at a city park.

In August, Fallis won support from his peers to have staff investigate the idea.

At the time, he conceded the city “can’t prevent every single needle from being in the wrong place,” but he said installing disposable bins in local parks “could be a very meaningful way to help address the situation.”

Later in August, staff tabled a report, suggesting wall-mounted metal bins could be installed outside the public washrooms at both Couchiching Beach Park and Tudhope Park, near Moose Beach, for a cost of about $1,600. About $700 of that cost would go to purchasing the bins.

The plan was referred to budget deliberations where Coun. Rob Kloostra did not support the idea. He suggested the Simcoe Muskoka District Health Unit should be funding such initiatives.

While Coun. Mason Ainsworth agreed that funding from the health unit would be helpful, he supported the plan, saying it’s “important (to) have these (bins) across the city” to ensure needles were not thrown into regular trash bins or discarded in parks.

“If this diverts a couple of needles from a playground,” it’s worth it, said Fallis.

While Fallis said he had heard about multiple incidents of needles being found in city parks, a staff report noted only three needles have been disposed of by staff in the past three years.

“This could suggest there is not a significant demand for sharps disposal units within the community,” the staff report read. (A sharp is “the generic name given to a needle, syringe or lancet.”)

“However, this tracking and information does not capture sharps that may have been discovered and disposed of by the public or those disposed of improperly within garbage disposal bins.”

In the end, a majority of city councillors voted against the idea of installing the bins.