Oro-Medonte landfill could close as early as 2024; 'It’s not fair for us to keep shoving off to send our crap somewhere else,' says Oro-Medonte deputy mayor
Apr 17, 2021 7:30 PM By: Jessica Owen 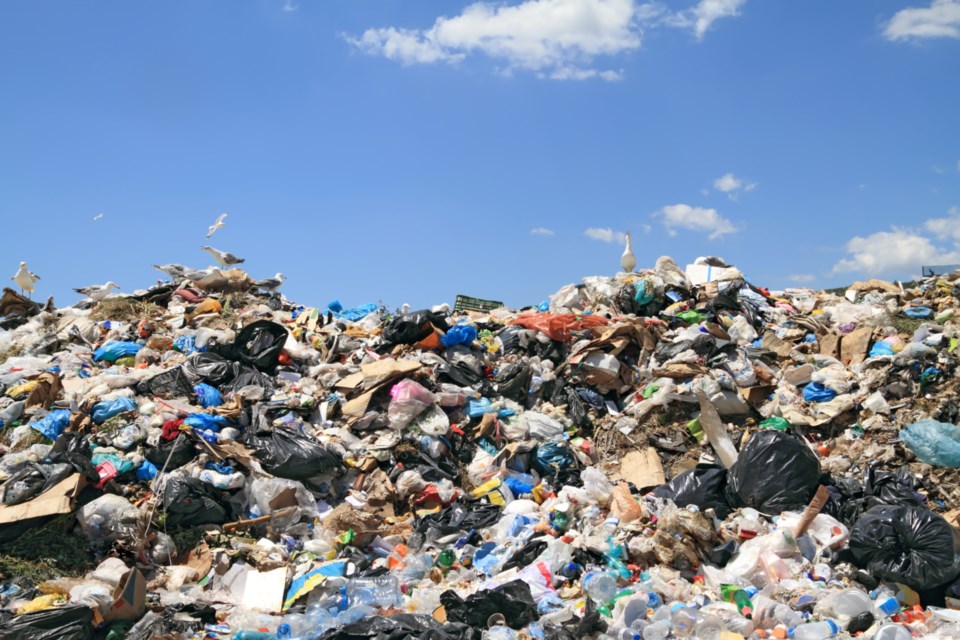 By 2030, there could be nowhere local for your garbage to go.

During a Tuesday morning County of Simcoe council committee of the whole meeting, councillors received a staff report which provided a stark picture of the status of Simcoe County’s three landfills, estimating the closure of Collingwood, Nottawasaga and Oro-Medonte’s landfill sites by 2024, 2025 and 2030 respectively.

“When we look at the numbers for our landfill capacity, with (2030) being basically the end of days with the Oro-Medonte site closing, do we have a plan as to what we do after 2030?” asked Tiny Township Deputy Mayor Steffen Walma. “Should we be planning what our next steps are regarding landfill capacity now?”

Based on previous direction from council, Director of Solid Waste Management Rob McCullough said that long-term, the county is looking at export as the solution once local landfills close.

“I see a big budget hit when the Collingwood site closes,” he told councillors. “When the Oro-Medonte landfill closes, there will also be a significant budget hit. We’re building that into our long-term plan.”

To slow the filling up of local landfills, the county already exports some of its waste materials.

In 2020, curbside waste collection crews picked up approximately 98,500 tonnes of waste material (garbage, organics, recyclables, and seasonal collections). However, only about 26 per cent of that stayed in the county.

In that same year, 24,567 tonnes of garbage was taken out of the county, and exported primarily to Walker landfill in Niagara. About 27,854 tonnes of recycling were processed at Green for Life in Toronto. About 20,140 tonnes of organics were sent to be processed at BioEn in Elmira.

According to 2021 County of Simcoe budget estimates, the county pays about $13 million annually for the export, processing, and disposal of wastes. That figure does not include revenue gained through the provincial recycling program as it varies annually.

During Tuesday’s meeting, McCullough said landfill space across Ontario is filling up fast, and he foresees a major problem once sites province-wide close and exporting to other countries may become the new solution.

“There’s going to be a crisis that no one’s really taking the hard time to address,” he said.

Walma reluctantly asked if the county should consider re-opening the landfill discussion.

“It’s a difficult question for me to answer. I’d always want to be looking at managing our own waste capacity because as soon as you put it in someone else’s hands, you’re subject to the prices, the capacity that’s available, the changes in the border status, all of which leads to uncertainty and you pay for uncertainty,” said McCullough.

“That being said, siting a new landfill site, incineration, or even a waste energy facility – very, very difficult. I’ve got those bruises,” he added.

The ghost of Site 41

Site 41 was a controversial landfill site project that was ultimately shelved in 2009 after county council bowed to mounting public pressure, which included public protests and a long-standing blockade. The landfill, which had been under development north of Elmvale for years, raised concerns by multiple community and Indigenous groups that the dump could contaminate the local groundwater as it was located on top of a large aquifer.

“We are continuing to operate under direction from the previous council following the Site 41 issue, where no new landfills (are allowed) in Simcoe County,” McCullough told county councillors on Tuesday.

“I’m sure county council members of the day along with staff still carry PTSD from that time of what they went through,” said Wasaga Beach Mayor Nina Bifolchi. “However, it is, in my opinion, really irresponsible to sit here and say that were going to ship it out of our borders and wash our hands of it.”

“There are some really tough decisions that have to be made moving forward on this. As politicians, we’re going to have to take a few slaps for it along the way,” she said.

Bifolchi said it was important for the county to plan ahead.

“If a landfill is it, then we’re going to have to talk about that, go higher up and ask. If people don’t want us to do that, then what is the solution? Shipping it outside of our borders isn’t. The topic of new landfills is ugly and politically crushing. Nobody wants to sit here and say, let’s have more landfills,” she said.

“This is always a hotly debated topic,” he said. “It’s not fair for us to keep shoving off to send our crap somewhere else. Somewhere along the line, you have to have a council that’s strong enough to bite the bullet and decide to go with incineration, or landfill,” he said.

“Whichever one council decides, there’s going to be a lot of resistance, but we have to be aware of the fact that if we keep shipping it, one of these days that border is going to close,” said Hough.

Deputy Warden and Innisfil Mayor Lynn Dollin remembers the resistance that came with the Site 41 proposal.

“As somebody who watched council go through Site 41, in the early years there was this type of resolve from members, and in the end they just got beaten down to the point where staff were the villains to the public,” said Dollin. “If we do want to go down this road, I think we should have to sign something saying we will not abandon our staff and push them out in front of us.”

She also spoke about issues she faced as a rookie councillor when Innisfil considered building an energy-from-waste facility in the town about 20 years ago. The facility did not go forward.

“From personal experience, going through an incinerator debate, we had to get police escorts to and from our building,” said Dollin. “I had to pull my kids out of school because they weren’t safe. I just want you all to understand.”

“We’ve learned through this pandemic we need local solutions – we can’t depend on other countries and entities to supply things for us. We have to be self-sufficient. I just don’t want to sugar coat what we would be launching at ourselves and our staff,” she said.

McCullough said county staff had investigated the possibility of incineration in the past.

“We will continue to look at that, but realistically with the size of Simcoe County and the amount of waste that we produce, is far below what an economic, modern-day incinerator requires to run,” said McCullough. “The siting and operation of an incinerator is probably much more difficult than a landfill site, although that is certainly debatable.”

The issue of waste

After the meeting, McCullough explained why he believes issues concerning waste management are so contentious.

“Many municipalities around the world have experienced that siting any waste management facility is a challenging process,” he said. “There are both environmental considerations and location implications and every location/site and waste technology proposed will have opponents.”

“The issues of what to do with our waste and how we address the pressures of closing landfills, increasing processing costs and limited choice for outside disposal/processing capacity are universal challenges,” said McCullough.

McCullough noted that the waste industry is also very highly regulated from the province, with significant oversight.

“It is also an increasingly expensive sector to operate in, and landfilling is often one of the least expensive options for handling our waste, while new technologies all come at a high cost, as well as regulatory implications,” he said.

However, McCullough also points to successes the County of Simcoe has seen over the years when it comes to managing its own waste, specifically landfill diversion projects and early adoption of the green bin program. He notes the County of Simcoe has one of the highest recycling capture rates in Ontario, and has expanded its battery, textile and electronics collection options.

The Environmental Resource Recovery Centre (ERRC) project, which is currently going through the local planning and appeal tribunal process, is also one of the key ways the county plans to deal with its own waste locally (in Springwater) and cut down the cost of exporting.

The centre, once built would include a facility to consolidate and transfer materials to other locations. It would also include an organics processing facility to convert organics into compost, fertilizer, and/or fuel.

“We are acutely aware of the costs of garbage on the environment – not just for our generation but also future generations,” said McCullough.

On Tuesday, county’s committee of the whole voted to ask staff to continue to explore further solutions.