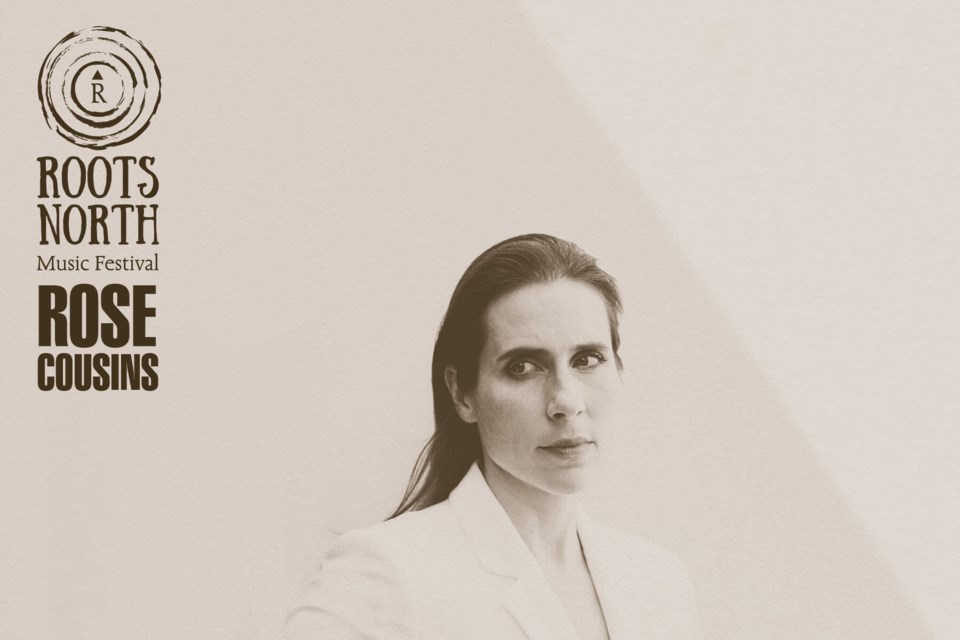 Rose Cousins will perform in Orillia in April as part of the Roots North Music Festival. Supplied photo

If this month’s Roots North Music Festival seems like a gathering of friends, there’s a reason for it.

Audience members aren’t the only ones who will be reconnecting with pals during the April 26-27 festival in Orillia.

“I’m friends with The Weather Station and Ron Sexsmith. I love their music,” said Rose Cousins, a Halifax-based musician who will be performing April 26 at St. Paul’s Centre. “It’s an honour.”

It will be an honour for her fans, too, who can expect to hear some new music.

Cousins is working on a follow-up to her 2017 album, Natural Conclusion.

“It’s only really starting to take shape now, but I’m excited about it,” Cousins told OrilliaMatters, adding she is “always excited to hear what people think” of her new music.

If it’s anything like her previous offerings, she shouldn’t have anything to worry about. She has been recognized by Music Nova Scotia, the East Coast Music Awards and the Junos. Natural Conclusion received international critical acclaim and earned Cousins her first Grammy nomination.

She doesn’t make music with awards in mind, but she’s grateful when she gets them.

“It’s important not to have them as a goal because they don’t define the merit of your work,” she said, but added, “Having anything to do with the Grammys is pretty …  cool.”

At one point in her career, Cousins came to a crossroads of sorts. She needed to rethink the relationship between writing and touring. She used to see them as mutually exclusive. However, she feels she has since found a balance, allowing her to do both at the same time.

“It’s worked so far this year,” she said.

Fans can see for themselves April 26.

Find out more about Roots North, including ticket information, here.

Doug Ford to ask Ontario legislature to extend state of emergency through June
Jun 1, 2020 5:45 PM
Comments
We welcome your feedback and encourage you to share your thoughts. We ask that you be respectful of others and their points of view, refrain from personal attacks and stay on topic. To learn about our commenting policies and how we moderate, please read our Community Guidelines.