'Essential' Information Orillia getting $25,000 lifeline from the city

'This is one of the most valuable investments in the community in terms of the amount we’re putting in and the amount we’re getting back,' said Coun. Jay Fallis
Nov 28, 2020 7:30 AM By: Dave Dawson 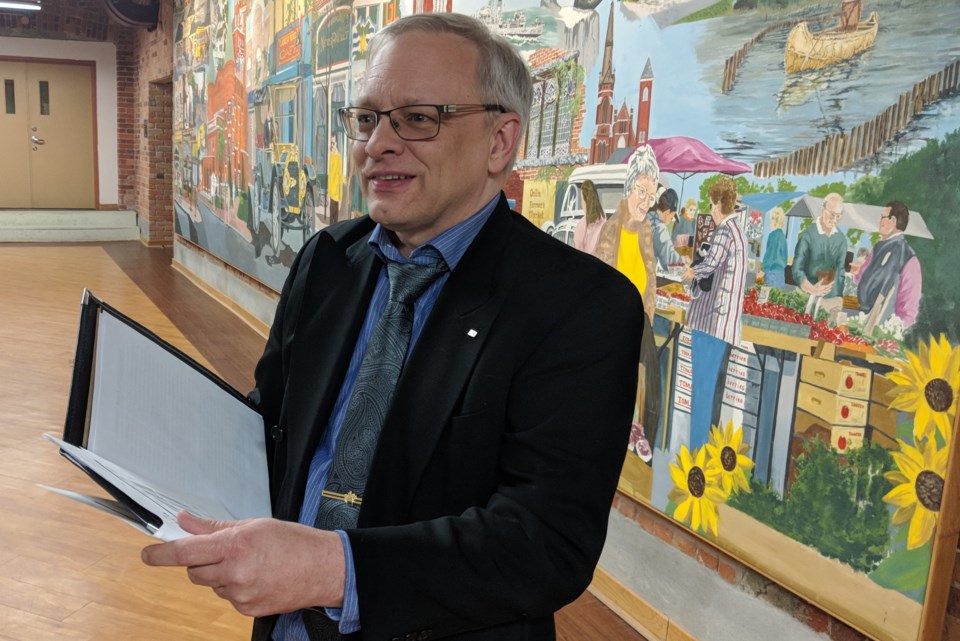 Michael Gollinger has stepped in to chair a new board whose goal is to resurrect Information Orillia. Dave Dawson/OrilliaMatters File Photo

The municipality has thrown Information Orillia (IO) a lifeline.

This week, during operating budget deliberations, the city agreed to provide IO $25,000 in grant funding to ensure the “essential” agency can continue to operate.

The decision is subject to ratification at a special meeting of council Dec. 7.

Coun. Tim Lauer championed the cause and urged his colleagues to support the funding.

Last year, city council denied the funding as the agency was in flux. It had closed its doors - due mostly to a funding crunch, in October. Not long after, a new board was formed, under the leadership of Michael Gollinger, and there has been a resurrection of the organization.

“The group that has taken over IO has put in an awful lot of work,” said Lauer, noting they “more or less rescued what is becoming apparent is a fairly significant service.”

He cited IO’s work completing tax returns for vulnerable citizens and its navigation services as among those that are most important.

“Navigation is probably one of the most important services to provide ... and this one is as close to the community as it gets,” said Lauer, noting their work relieves pressure on staff at both the City Centre and Orillia Public Library.

“They are doing really wonderful work even despite the pandemic,” said Fallis, explaining the organization found new space when its home inside the library was closed when the facility was shuttered due to the pandemic.

In their request to the city for funding, IO noted it would use the funding to assist with the cost of a full-time office manager who would co-ordinate the volunteers and interns from the social services programs at Georgian College and Lakehead University.

Along with the funding request, IO also made a plea for continued permission to use the library offices they have occupied since the new library opened.

City staff say that “free” rent amounts to a further contribution to IO of about $14,000 annually.

Orillia Mayor Steve Clarke said he would support the request, but with a couple of caveats.

First, he would like IO to be amenable to sharing its space with the OPP, so that local officers - now that the detachment has moved to West Ridge - have a place in the downtown to do paperwork and can access other services.

He also wants IO to chair the Situation Table - a multi-agency group that mobilizes resources to address risks, minimize harm and aid short-term solutions of issues faced by individuals and the broader community.

“These people are more than agreeable to work out whatever needs to be worked out,” said Lauer who, in an unofficial capacity, has been helping the group restructure.

He said IO would see a role with the Situation Table as “very, very valuable” and added finding a way to provide space to the OPP “could probably be worked out.”

Lauer said he would get definitive answers to those questions before council’s Dec. 7 meeting.

He also noted how adaptable the agency has become. For example, one of its key services is completing tax returns for vulnerable citizens.

Why is that so important? If a person doesn’t complete his/her tax return, they don’t have access to government benefit programs.

In 2020, despite being shut down for two months due to the pandemic, IO completed almost 500 tax returns for low-income residents. That generated total refunds of more than $226,000 to those residents.

When the associated benefits (such as Canada Child Benefits, GST/HST and Trillium benefits) are factored in, the service returned about $988,120 into the pockets of low-income clients.

“When the pandemic hit and they were shut out of the library, they could have folded,” said Lauer.

But, instead, they found a temporary home and continued to provide services.

“They are adaptable and energetic,” he said.