Fallis said such acknowledgements are 'not the solution ... to the historical mistreatment ...but it's a step in the right direction'
Jun 19, 2019 12:30 PM By: Dave Dawson 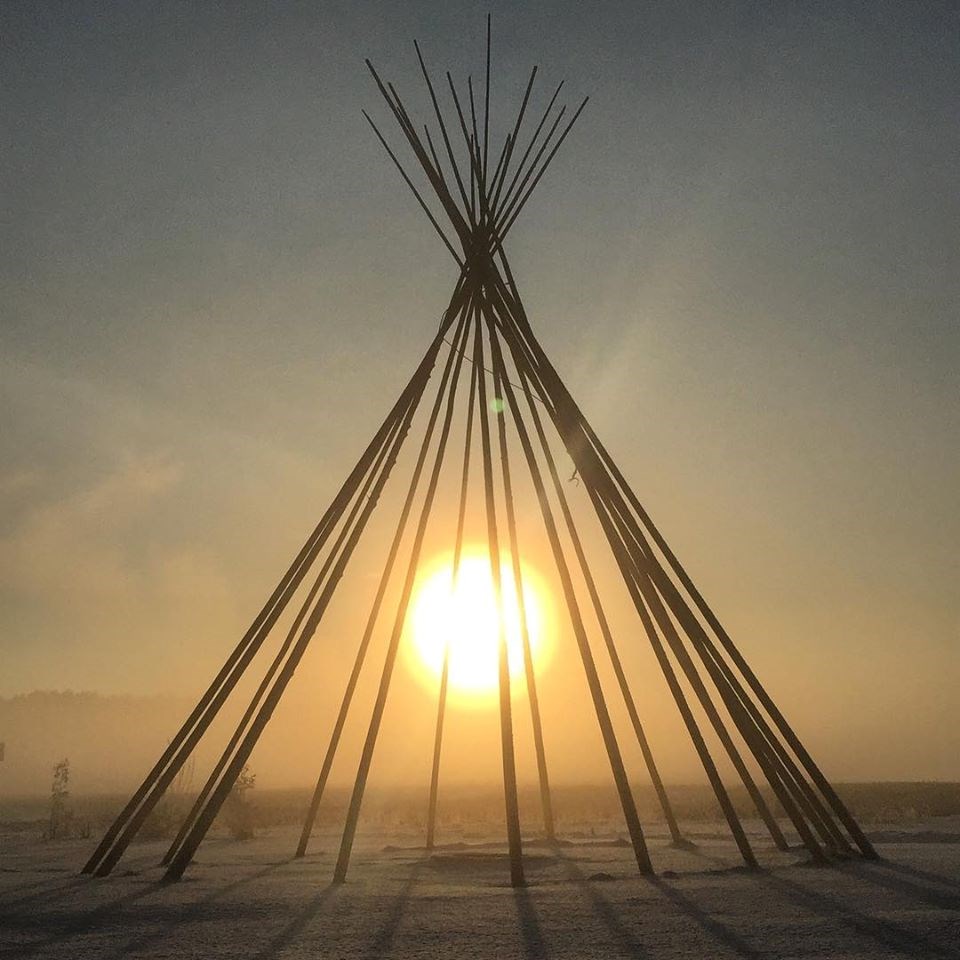 The sun rises behind the tepee at the Orillia campus of Lakehead University. Lakehead makes a land acknowledgement at its meetings and public events - something a city councillors thinks Orillia should also do. Allysha Wassegijig

The Ward 3 councillor received support from his council colleagues Monday to ask city staff to report back on “the feasibility of reciting a traditional land acknowledgement statement at the beginning of council committee and council meetings as a practice of reconciliation aimed at recognizing the traditional or treaty territories of Indigenous peoples.”

Fallis noted many municipalities, including Guelph, Toronto, Burlington, Huntsville and Collingwood, currently start their meetings with a land acknowledgement.

He also noted the Simcoe County District School Board and Lakehead University are local examples of institutions that also make a land acknowledgement prior to their meetings and public events.

“I really want to emphasize there are many practical reasons” for making a statement that “recognizes the traditional territories of the Indigenous people who called the land home before the arrival of setters.”

Fallis said making such land acknowledgements were among the 94 recommendations from the Truth and Reconciliation Commission and the National Inquiry into Missing and Murdered Indigenous Women.

“I do want to emphasize this acknowledgement is not the solution to the many transgressions and historical mistreatment that have occurred, but it’s a step in the right direction,” said Fallis.

Staff will report back to council at a future date.