Exploring the fascinating landscape and history of Cobalt, Ontario; It's a fun read, perfect for a summer night
May 30, 2020 4:45 PM By: Miriam King 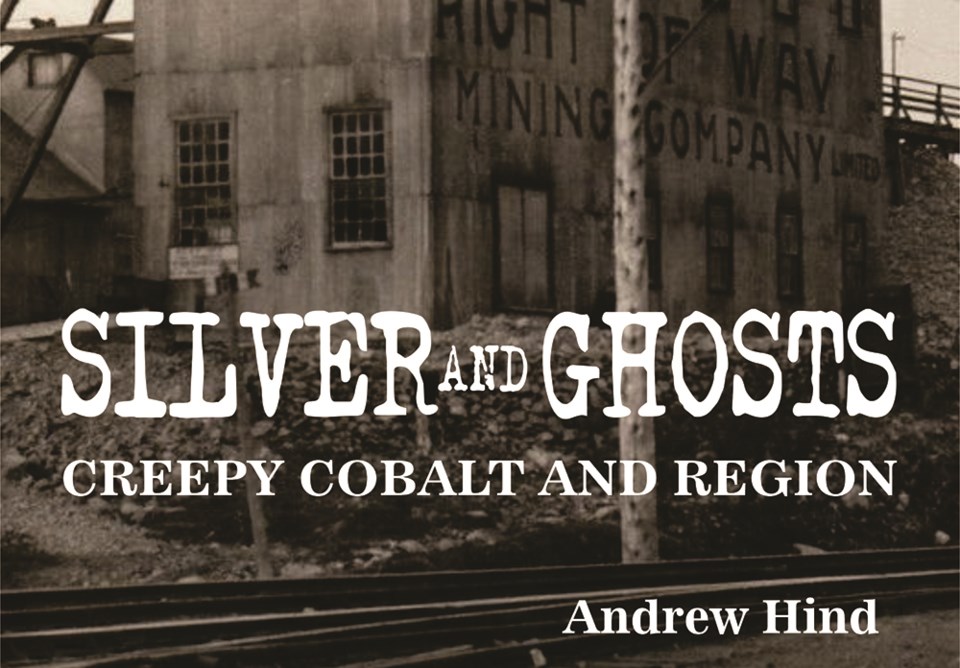 Ontario is filled with ‘ghost towns’ – towns that experienced an economic boom, grew swiftly to encompass the lives and dreams of their residents, and then experienced a decline.

Many were mining towns, abandoned when mines closed or deposits ran out.

Some, like Dalton Mills and Creighton, were abandoned. Only ruins stand where there was once a thriving community.

Others still exist but as a mere shadow of their former glory, like the town of Cobalt.

Located about halfway between North Bay and Timmins near Lake Temiskaming, once the “silver capital” of Canada, the town had a population of over 12,000 during the boom years.

Now, barely 1,200 people live in the community – but the ghosts of the past still linger.

Local historian and author Andrew Hind’s newest book, Silver and Ghosts: Creepy Cobalt and Region, explores the history and hauntings of Cobalt. The idea grew out of a trip to the area in 2007, when Hind first heard some of the town’s ghost stories.

It was back when he and then-writing partner Maria Da Silva were doing a book on the Ghost Towns of Ontario, “and Cobalt was one of them,” Hind said. “While I was there, one man, Dan Laroque, was a font of knowledge. He was so passionate about sharing the history.”

Part of that history included the ghostly hauntings of the historic Right Of Way Mine, which Hind toured.

A second trip provided an introduction to the former Fraser House Hotel and more tales of hauntings.

“They were just cool buildings to be in, forget about the ghosts,” said Hind of his experience travelling through the “weird” landscape of Cobalt, with its abandoned head frames, gaping mine shafts and rusting equipment.

For Hind, the ghost stories provided a way to illuminate the history of the region.

“Frankly, if I wrote a book about the history of Cobalt, few people would read it,” he said; but throw in the ghostly encounters of real people and real residents, and there’s a different kind of connection.

The historic Right of Way Mine, the old Fraser House Hotel, the Bunker Military Museum, the Colonial Mine – tales of ghostly presences are interwoven with the stories of the hard lives of miners, and tales of local mythology, from Sasquatch to Tommy-knockers to Old Tess, the Lake Temiskaming monster.

It’s a fun read, perfect for a summer night, and just like the silver lodes that attracted miners to the Cobalt area, the book is a rich source of historical photographs, and ideas for a visit to the former mining centre.

Cobalt is actually a National Historic Site, but receives little support from any level of government. Hind, who lives in Bradford, is donating a portion of the sales of Silver and Ghosts: Creepy Cobalt and Region to the preservation of the Right Of Way Mine.

The book is available through Amazon – or from local retailers, up in the Cobalt area, for those who want to make the fascinating journey.