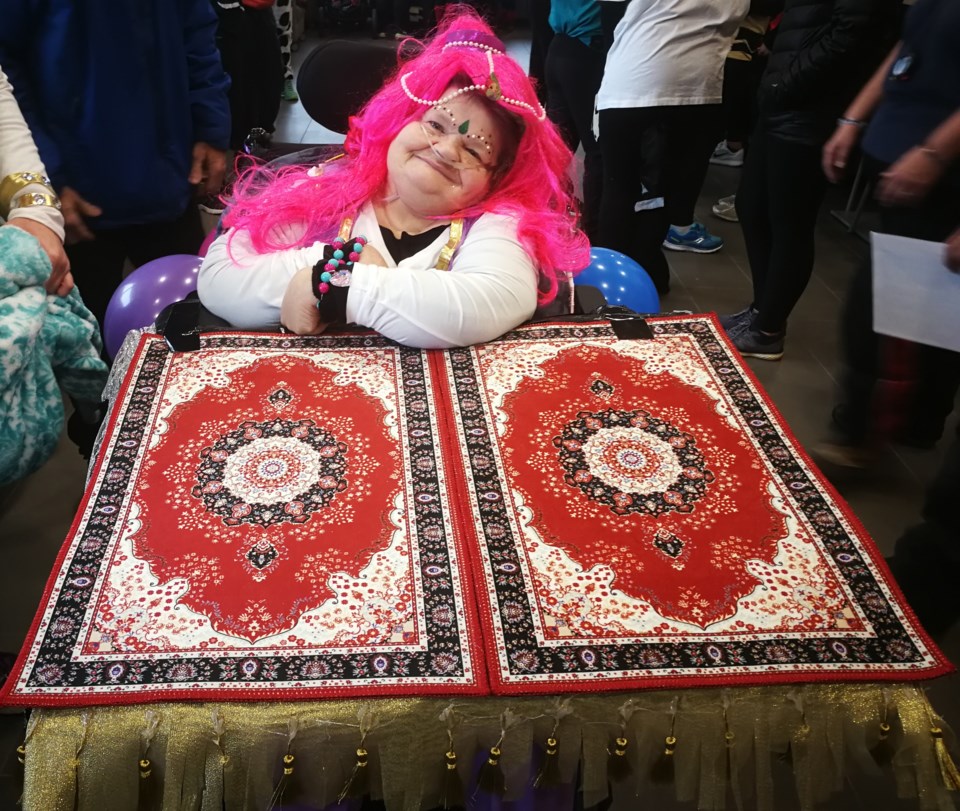 More than 50 people dressed up in colourful costumes and participated in the recent Halloween Howl. More than $3,000 was raised for Special Olympics Orillia. Contributed photo

In this year’s event, 51 runners, ranging in age from under 18 to over 50, participated. Athletes raised $2,385 through pledges; Douglas Walli topped them all as he brought in just over $1,000.

In addition, a profit of $662 was realized through registration fees, bringing the total amount raised for Special Olympics to $3,057.45.

“Money from the Halloween Howl is going towards our athletes going to the provincial games in Sault Ste. Marie,” said local Special Olympics organizer Linda Wilkie.

Several local athletes and coaches have earned the right to compete at the Provincials including a speed skater, a downhill skier, five local curlers and two curling coaches, two figure skaters and two skating coaches.

“This Halloween Howl is important to support these local athletes and coaches as well as showcasing our athletes’ abilities and encouraging inclusion in the community,” said Wilkie.

She said students from Twin Lakes Secondary School participated as part of the school’s running program that includes giving back to the community. Wilkie said she hopes other schools will participate in the future.

“Family and friends coming out to the event in support of our athletes and the fact Orillia Parks and Recreation support special Olympics Orillia” is encouraging, she said.

“This event is all about supporting inclusion and supporting athletes to achieve their goals while supporting them on their athletic journey,” said Wilkie.

Orillia's new parking, boat launch restrictions kick in tomorrow
Jul 8, 2020 7:30 PM
Comments
We welcome your feedback and encourage you to share your thoughts. We ask that you be respectful of others and their points of view, refrain from personal attacks and stay on topic. To learn about our commenting policies and how we moderate, please read our Community Guidelines.