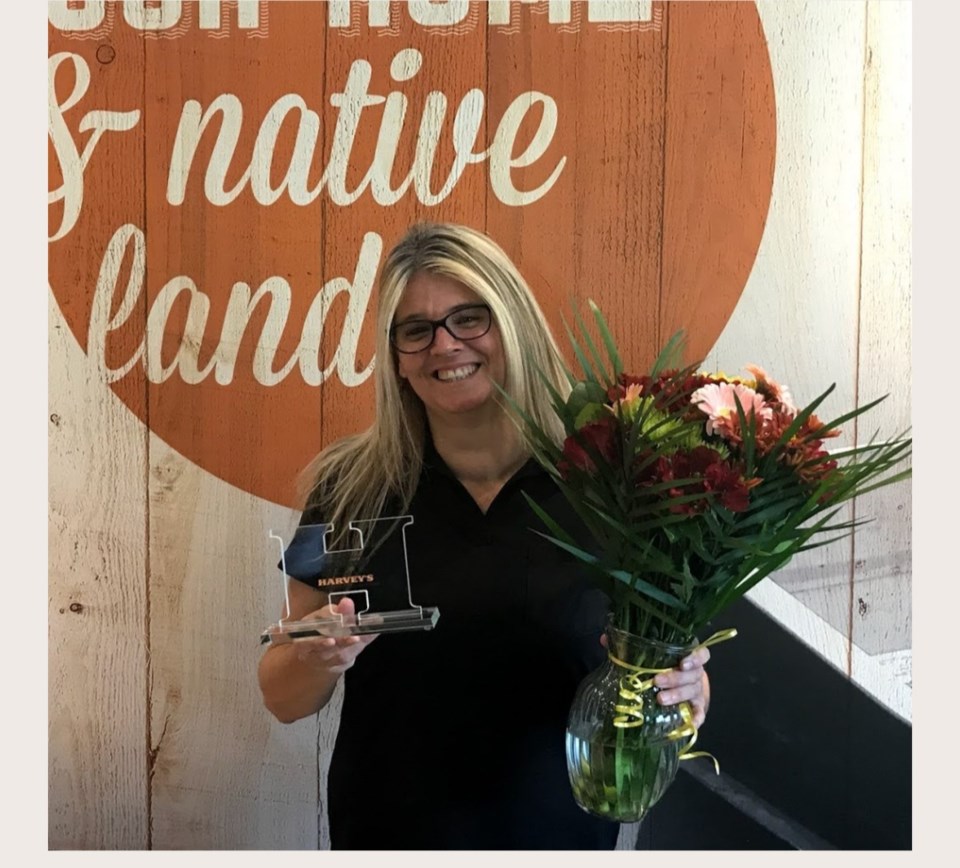 The owner of Harvey’s Orillia has been named the chain’s top franchisee of 2020.

Laura Dickson learned last week she had won the Franchisee of the Year award, with head office having chosen her and her store from the chain’s 250 locations across Canada.

“I was shocked. I was honoured,” Dickson said. “Things like that just don’t happen to me.”

Officials from head office stopped in at the Memorial Avenue business to tell Dickson in person about the award.

“I thought it was just a routine visit, and then they sprung it on me,” she said.

She was told she earned the honour, in part, because of sales growth year after year and her commitment to the brand. She serves as a brand ambassador, helping out many other franchisees.

“I’m pretty sure they said more, but I was kind of in awe still,” Dickson said with a laugh.

Dickson has been with Harvey’s for 17 years. She started as a breakfast cook before moving up the ladder to supervisor, acting store manager and store manager. She has been the owner of Harvey’s Orillia for 10 years.

Dickson is also known for supporting the community through various charitable and volunteer endeavours. Harvey’s has hosted many fundraisers for local causes.

“On fundraiser days, my staff work their butts off,” she said. “Because they work hard for me, I’m able to do all the extras I do.”

She said she’s grateful for the support she has received over the years from staff, head office and the community.

“I’ve always loved our community and I’m thrilled that I get to be a part of the community,” she said.