Negotiated deal approved by council committee; Identity of developer and plans for property not being disclosed
Apr 12, 2019 1:45 PM By: Dave Dawson 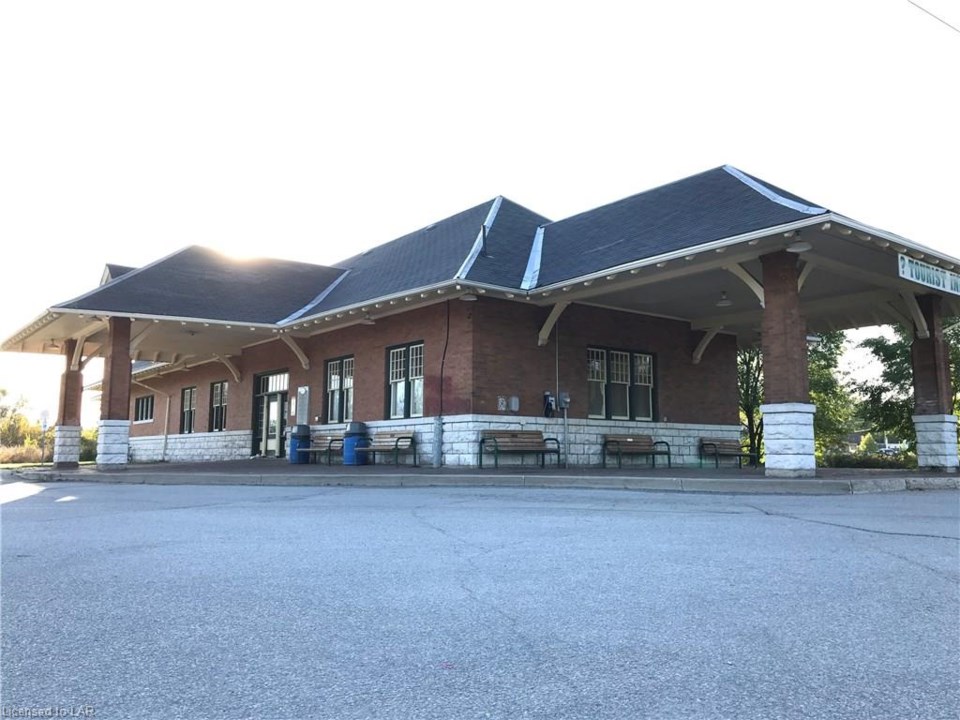 The former Orillia train station has been sold to a private developer. The identity of the developer has not been disclosed and no details about future plans have been released.

It’s the end of the line for Orillia’s historic train station.

On Monday night, without discussion, council committee approved the sale of the former CN Train Station at 150 Front St. to an undisclosed developer. They had discussed the decision in a closed-session meeting prior to the open meeting.

The decision still needs to be ratified at Monday’s council meeting and is expected to be enshrined, via bylaw, at the May 6 meeting of council.

However, no details have been released about the purchaser or the plans for the local landmark that was once the thriving hub of rail traffic in the region.

“Typically, we don’t disclose those details (about sale price or plans) until the deal is officially closed,” noted Laura Thompson, the city’s manager of real estate and commercial development.

She noted the deal won’t close until sometime after the May 6 meeting, but could not disclose the date.

While details can’t yet be made public, Thompson noted the building has a historic designation which requires the building be preserved.

She also noted the property is zoned a ‘mixed-use intensification’ area. That designation,she said, permits things such as an art gallery, offices, a restaurant and residential uses.

While the Orillia District Chamber of Commerce has moved its office - and its Service Ontario operation - out of the building and to its new West Street location, Ontario Northland continues to operate its buses from the Front Street building.

Thompson said the company’s lease expires Oct. 31. City staff have been working with the company to ensure they continue to have a base in Orillia.

“They have expressed an interest to stay in Orillia,” said Thompson, who said it’s possible they could stay at that site.

However, staff are “confident” that if a deal can’t be reached with the new owner, they could find a downtown location for Ontario Northland.

It’s been a long and winding path to get to this point.

The city attempted to sell the building a few years ago, but then put the brakes on the process and took the property off the market.

Upon obtaining a historical designation for the site, the city once again listed the property for sale in October of 2018.

By January of 2019, the city had received multiple offers. “We received a range of interest from the development community both locally, regionally and beyond,” said Thompson.

Staff brought those proposals to a closed session meeting of city council in February. Council then directed staff to negotiate the sale with one of the developers.

That agreement was recently inked; it was that deal council committee endorsed Monday night.

If that decision is ratified Monday night, the city will issue a public notice, something they are mandated to do when they sell city-owned property.

Citizens will have two weeks to provide comments, which will be forwarded to council prior to their consideration of the bylaw May 6.

While the majority of council was in favour of the sale, Coun. Tim Lauer and Coun. Jay Fallis both made impassioned pleas in recent weeks to keep the facility in public hands.

“The potential for that building, in my opinion, certainly outweighs the short-term gain that may be realized by selling,” Lauer noted recently.

The building has a lot of history.

According to the city’s register of designated properties, the railway station was built in 1917 by the Grand Trunk Railway.

The single-storey masonry building has a “distinct roofline” in addition to large passenger and freight loading platforms. It was built after the original structure was destroyed by a fire in 1915. It was restored in 1989.

Constructed during the First World War, it served as a transfer station for troops stationed at Base Borden.

The facility served the same purpose during the Second World War.

The station boasts architectural and cultural heritage elements “representative of the operation and design of early 20th century” railway stations.

“The property is a community landmark and contains the only unmodified railway station in Orillia,” the document notes.

There will be no high school sport championships this fall
Aug 14, 2020 5:15 PM
Comments
We welcome your feedback and encourage you to share your thoughts. We ask that you be respectful of others and their points of view, refrain from personal attacks and stay on topic. To learn about our commenting policies and how we moderate, please read our Community Guidelines.